On Friday, news broke that Sean Spicer resigned his position as White House Press Secretary after President Trump appointed Anthony Scaramucci to be the new communications director.  This prompted Rep. Maxine Waters, the California Democrat obsessed with her hatred of Trump, to attack Attorney General Jeff Sessions, Twitchy said, calling her the “honorary vulture of the Democratic Party.”

While her insane lunatic base loved what she said, many others did not:

If you had any self-respect you'd leave next.

But “if” is a mighty big word.  “If” worms carried shotguns, for example, birds probably wouldn’t try to eat them.  But this Twitter user has nothing to fear, Twitchy said, because she “doesn’t have any” self-respect.

30 yrs and no achievements. You'd think Maxine Waters would be off of Twitter working for a district she doesn't live in. VOTING OMAR!

This is a reference to earlier reports that Waters said she would run for president in 2020 if millennials — who, by the way, refer to her as “Auntie Maxine” — asked her to.  Speculation of a possible run started after news broke that she is going to New Hampshire over the weekend to participate in a Democrat Party event.

“I’m not running for anything but my own seat. I don’t have any presidential aspirations,” she told the Daily Caller. “If the millennials want me to do it, I’d do it, though.”

As we noted here, the New York Times said Spicer resigned in protest over Scaramucci’s appointment.  MSNBC contributor Gabriel Sherman later said that Spicer was not happy with Trump’s New York Times interview in which he criticized Sessions for recusing himself from the Russia probe.

Spicer also said to be furious that Trump gave big interview with NYT with only Hope Hicks present, and didn't tell Spicer.

A post at Hot Air gave a bit more background:

Spicer was chief spokesman at the RNC when Reince was RNC chairman. Priebus persuaded Trump to bring him over to the White House as press secretary after he was appointed chief of staff, so naturally Spicer is loyal to Priebus. Even so, Reince hasn’t quit (yet) over Scaramucci; Spicer seems to find him more objectionable than Priebus does. Why? Why would two RNC guys have such hard feelings towards someone who used to bankroll them?

Steve Bannon reportedly also objected to Scaramucci’s appointment, although that’s less of a mystery than the Priebus/Spicer revolt. Bannon is already uneasy with financiers like Gary Cohn being brought into the White House and pushing Trump away from nationalism and towards “globalism.” Scaramucci, in fact, backed several Trump opponents in the primaries before finally swinging around behind the nominee last summer. Bannon might legitimately fear Scaramucci’s ideological influence. But not Priebus or Spicer.

Waters, by the way, has repeatedly attacked Trump and questioned the patriotism of his supporters.  She has also refused to condemn threats to murder the president. The only question now is, how low is she willing to go? 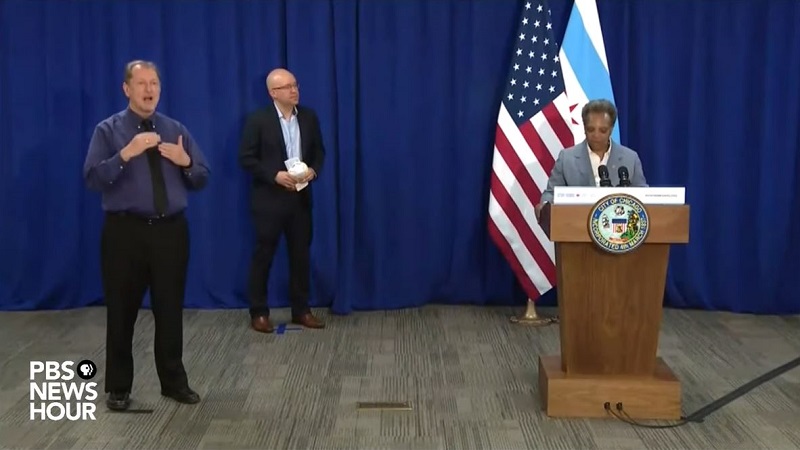