When Democrat presidential candidate Hillary Clinton had the now-famous fainting episode which necessitated her being escorted from a campaign rally and helped into her waiting van, her personal physician played down the event, writing it off to a bout of pneumonia.

But it seems that not everyone in the medical community was convinced, however. The day after her public collapse, a New York Times reporter who, by the way, boasts an M.D. after his name, suggested she was sicker than her doctor was letting on and that further tests needed to be administered.

To quell concerns about her fitness to serve as president if elected, her campaign released an update of a July 2015 letter from her doctor attesting to her overall good health. The only caveat voiced by Clinton’s personal physician, Lisa Bardack of Mt. Kisco, N.Y., was that she had developed two new medical conditions in 2016: a sinus and ear infection in the winter and pneumonia that month. Neither was permanent nor would impair her ability to govern.

Now a document that appears to be a doctor’s diagnosis from 2014 has been made public by Julian Assange that reveals that Clinton “shows signs of advancing Subcortical Vascular Dementia after a MMSE [Mini-Mental State Examination] was performed. The patient performed significantly lower on today’s test than when tested in 2013. The patient is also showing signs of having more Complex Partial Seizures.”

The doctor who reportedly made that diagnosis? Lisa Bardack of Mt. Kisco, N.Y. 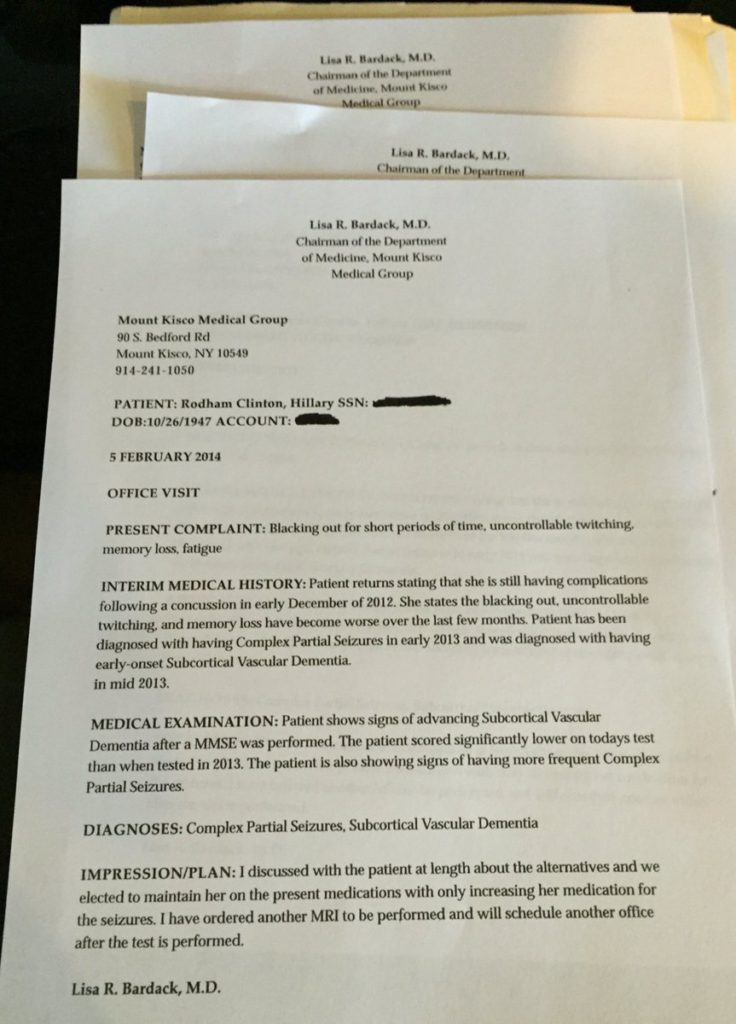