As reported by Matt Vespa of TownHall.com, as well as Paul Bedard of the Washington Examiner, both Amazon.com and WalMart have already slashed the price of Clinton’s latest by a full 40 percent.

Initially priced by the publishing house of Simon & Schuster at $30.00 a copy, the people who actually sell the book will be doing so at a radically slashed $17.99 per.

As Bedard noted in his article, “Much of what’s in her book has already been reported on, thanks to leaked copies of the Democratic presidential candidate’s latest work. The price cut, however, has likely helped to boost sales.”

In the meantime, reporter Vespa picked-up on some chatter from his fellow journos regarding the Hillary tell-all;

Yeah, in a rather awkward moment, Clinton’s running mate wasn’t even given an advanced copy of this exercise in endless griping.

Wait …. the running mate didn’t get an advanced copy? https://t.co/JX8zps3Y5U

In a quite interesting all-encompassing listing, the New York Daily News has published a lengthy menu of those referenced on the Hillary Naughty List;

1. Bernie Sanders, for attacks on the campaign trail that “caused lasting damage” to her run. The Vermont senator — who famously gave Clinton a huge break by saying he wouldn’t focus on her “damn emails” — “had to resort to innuendo and impugning my character.” “It was beyond frustrating that Bernie acted as if he had a monopoly on political purity,” she wrote.

2. “Bernie Bros” for “harassing my supporters online” with attacks that were “ugly and more than a little sexist.”

3. Green Party Candidate Jill Stein, who “wouldn’t be worth mentioning” had she not taken tens of thousands of votes in swing states that Trump won. There “were more than enough Stein voters to swing the result, just like Ralph Nader did in Florida and New Hampshire in 2000.”

4. “Sexism and misogyny,” which led to the victory of a “flagrantly sexist candidate.”

5. Russian President Vladimir Putin and Russian hackers, for working “to influence our election and install a friendly puppet.”

6. Former President Barack Obama, for not giving a national television address about the Russian hacking so that “more Americans would have woken up.” Also, for telling her to go easy on Sanders, which made her feel like she was “in a straight jacket.”

7. Former Vice President Joe Biden, for saying the Democratic Party “did not talk about what it always stood for” after campaigning for her.

8. Former FBI Director James Comey, for turning her campaign “upside down” in its final days with his renewed email investigation. “Was this a bad joke?” she writes. “What the hell was Comey doing?”

9. Anthony Weiner, whose teenage sexting scandal led to Comey’s new probe, and to his wife and Clinton aide Huma Abedin yelling out, “This man is going to be the death of me!”

10. Clinton’s own statement about putting coal miners out of business, which Trump repeatedly used against her and she says was the campaign moment she “regret(s) the most.”

11. Her “basket of deplorables” statement about Trump’s supporters, which was “a political gift” to her opponent. People “misunderstood me to be criticizing all Trump voters.”

12. Her use of a private email server as secretary of state, which she deems “dumb” in retrospect.

13. The ongoing scandal that erupted from her email use, which she deems “even dumber.”

14. The New York Times, for focusing on her emails in reporting that “affected the outcome of the election.”

15. Her “traditional” presidential campaign, which was based on “carefully thought-out policies and painstakingly built coalitions” that could not compete with Trump’s “reality TV show that expertly and relentlessly stoked Americans’ anger and resentment.”

16. The “godforsaken” Electoral College, which went to Trump even though Clinton crushed him in the popular vote by nearly three million votes.

17. Herself, for not realizing “how quickly the ground was shifting under our feet” in the national mood.

18. Hillary hate. “I have come to terms with the fact that a lot of people — millions and millions of people — decided they just didn’t like me,” Clinton writes — though she doesn’t understand the dislike. “What makes me such a lightning rod for fury? I’m really asking . . . I’m at a loss.” 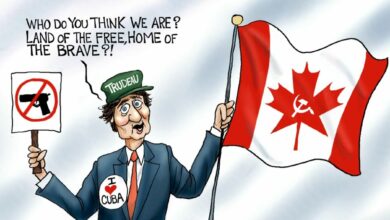 Cartoon of the Day: Tyrannical, Eh? 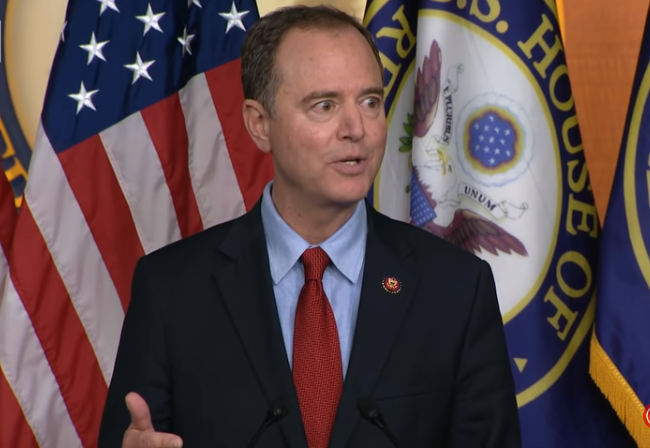 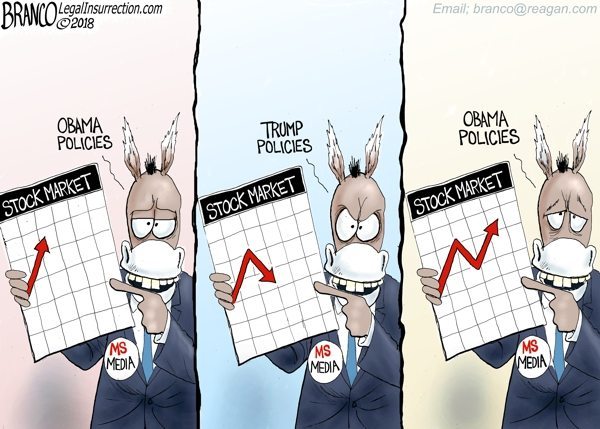