Apparently, Hillary Clinton forgot her own history when it comes to the Confederate battle flag.  After the University of Mississippi took down the state flag because of the Confederate symbol, Clinton pandered to the left-wing social justice warriors with a tweet.

But there’s only a couple problems — her own husband’s declaration regarding the flag, and the fact that her campaign used the battle flag back in 2008.  Twitter users took her to task for her rank hypocrisy.

Well done, Ole Miss. Symbols of hate have no business flying over a place of learning. -H https://t.co/t3WL4pJcjV

But it's totes cool for your campaign! @HillaryClinton @splcenter pic.twitter.com/XS5gHaOXxp

One person reminded the tone-deaf former first lady of her husband’s decree regarding the flag:

pic.twitter.com/0msStPwxRH RT @HillaryClinton: Well done, Ole Miss. Symbols of hate have no business flying over a place of learning. -H

I’m sure that if asked, Clinton would say, “What difference does it make?”

One person reminded the Twitterverse that Clinton’s husband once used the image in a previous campaign:

Of course — she’s a Democrat.

If Clinton were capable of regret, she might regret raising the Confederate flag as an issue, considering that husband Bill Clinton signed legislation in 1987 which designated the blue star on the Arkansas state flag to commemorate the Confederate States of America.

American Commitment president Phil Kerpen asked back in June if anyone in the media had bothered to ask Clinton about her husband’s decision to honor the Confederacy on the state flag.

Of course, “if” can be a mighty big word.  As the saying goes, “if worms carried shotguns, birds wouldn’t eat them.” 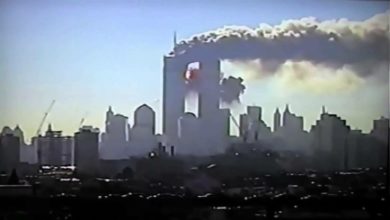