Biden’s hidden excise tax went into effect on July 1 – hidden because it was buried inside the $trillion “Infrastructure Investment and Jobs Act” passed last year. It amounts to a roughly $13 Billion tax increase on “42 chemicals, metallic elements and critical minerals.” So guess who the producers of such things will pass those taxes to? That’s right…us. At a time when inflation is already flattening our checkbooks. Instead of bringing more jobs, it will kill more jobs.

They are called “Superfund” excise taxes, Internal Revenue Code sections 4661 through 4672, and were previously in place between 1987 and 1995 to help pay off the most “contaminated land and responding to environmental emergencies, oil spills and natural disasters.” In other words, it’s another part of the green agenda. And keeping the hidden excise tax was important for them to sneak more deeply into your pockets.

“The fake infrastructure bill was drafted to raise taxes on and kill jobs in Louisiana specifically. Its Superfund Tax will increase taxes on our petrochemical industry by $1.3 billion, and that’s going to endanger good jobs at a time when inflation is already ravaging Louisiana families.”

Funny how the White House, the EPA and IRS failed to respond when the Daily Caller asked about the hidden excise tax.

There are shortages in nearly every sector of the petrochemical industry. Instead of making it easier to import, produce or manufacture such things, the Biden administration just crushed them even further… and in so doing, continued to crush the American consumer. Rubber, soap, concrete, plastics, lightbulbs, electronics and other common items…all will be impacted by the excise tax. The amount they wll pay wll vary between $0.48 and $9.47 per ton.While it doesnt sound like a lot, if you factor in the huge amounts of chemicals they deal with every day, it comes to billions.

Republicans introduced a bill to repeal the Superfund taxes last year. It didn’t pass, so the hidden excise tax went into effect July 1. As if inflation weren’t enough to worry about, now there are even more price hikes. No, it’s not Putin’s fault this time, either. It’s the fault of those legislators on both sides of the aisle who voted for this boondoggle. 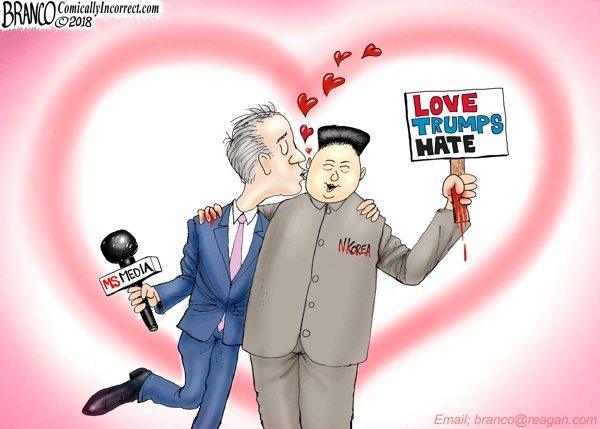 Cartoon of the Day: Hearts Afire