“Outing” — the one-time fashionable practice of revealing that a person is a homosexual — is back, this time as payback against opponents of the original outers. And it is every bit as invidious and ugly as it was when the roles were reversed. This time there is also a distinct sense of hypocrisy since the new outers claim tolerance to be one of their signature redeeming traits.

The most notorious of these witch hunts made headlines last November when the gay rights organization GLAAD went after entertainment station A&E over the views of the Robertsons, brothers who star in the reality series “Duck Dynasty.” After much gnashing of teeth and frank assessment of its return on ratings, A&E ultimately canceled its plans to scrub the series, despite the anti-gay leanings of the Robertsons and much to the chagrin of liberals.

On Tuesday, the latest chapter in the left-right culture wars unfolded. Right Wing Watch, a group and blog “dedicated to monitoring and exposing the activities of the right-wing movement,” breathlessly reported that the planned stars of a house-flipping series scheduled to begin in October on home decoration channel HGTV were once again too unenlightened for cable TV. Again, the stars were brothers, this time named Benham.

In April, HGTV explained in a press release that “in each episode [of “Flip It Forward],” the brothers would find a fixer-upper and “transform it into their forever home — with a healthy dose of sibling rivalry between the brothers along the way.”

But after Right Wing Watch wrote that “at least one of the Benhams is not just a real estate dealer but also a dedicated right-wing activist in the mold of his father, Flip Benham, who has headed the abortion-clinic protest group Operation Save America ever since it split from the militant anti-choice group Operation Rescue,” HGTV tweeted this.

Less than 24 hours later, the review had been completed. The network followed up its initial tweet with another tweet.

There are all kinds of troubling questions that swirl around controversial boycotts like this, including whether advocacy for so-called “reproductive rights” is destined to become the next cultural shibboleth, now that acceptance of the gay lifestyle is mandatory. Even more critical is the question of whether declaring out-and-out war on the right, not to mention the Constitution, is the best or smartest tactic for a group that is still the minority in this country. 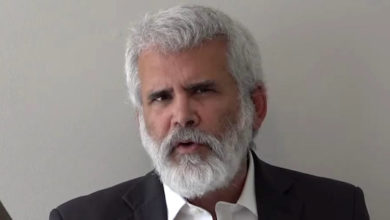