Aaron Feis, Peter Wang, Scott Beigel, Chris Hixon…four names that most people have never heard of, but whose actions at the Florida High School shooting in Parkland were indicative of heroes. It’s sad that all of us remember the villain, but we rarely remember the heroes. These four and the other heroes will be remembered for their courage in the face of danger.

Aaron Feis was a football coach at Marjory Stoneman Douglas High School. He also served as a security guard there. When shots rang out, someone who had radioed Feis thought it was firecrackers. The coach knew better, as he appeared to be well versed in firearms.

According to Fox Insider, witnesses said that Feis saw students running from the gunman, and shielded them from the bullets with his body. Though the rumor has not been confirmed by authorities, he is said to have taken 8 bullets. EIGHT. Some reports say that he was able to jump on the shooter at one point. But his encounter, whichever way it occurred, was fatal. Coach Feis died at the hospital. HERO.

Football coach Aaron Feis courageously sacrificed his life shielding kids from gunfire. Aaron’s selfless heroism says infinitely more about the character of the American people than the evil acts of a cowardly killer ever willhttps://t.co/jnxFevhOIM

Peter Wang, 15, was a freshman at Marjory Stoneman Douglas High School. He was also a participant in the JROTC program. He had a real goal- to go to West Point in order to “be of service to our country.” His parents are Chinese immigrants, but Peter was born in Brooklyn, New York.

“He is so funny, caring and selfless. He is so brave. He is the person who is genuinely kind to everyone. He doesn’t care about popularity. He always liked to cheer people up. He is like the big brother everyone wished they had.” Lin Chen, 24, Peter’s cousin

Peter Wang was shot while holding the door open so that other students could get away from the shooter. He sacrificed himself for others, the epitome of a brave soldier. HERO.

Peter Wang, a fifteen-year old Chinese American boy, held open the door so others could escape. But he didn’t make it…He died as a hero. pic.twitter.com/NfTWfNJRyi

Chris was the athletic director and part time volleyball coach or wrestling coach at the Florida High School. He, like Aaron Feis, also served as a security monitor at the school. When the gunfire rang out, he ran toward the sound instead of away from it. Chris was a Navy Reserve officer. He deployed to Iraq ten years ago.

He was so helpful to every department in his perview that he was named as Athletic Director of the Year in 2017.

“He loved being an American and serving his country, and he instilled that in our kids…Every one of those students, he thought of as his own kid.” Debra Hixon, Chris’ widow

He also gave his life shielding students from the bullets. HERO.

Scott was a 35 year old Geography teacher who let fleeing students into his room when the red alert was sounded. When he realized there were more students outside,  he tried to lock the door behind them as they entered. He was shot as he was locking the door, according to the Palm Beach Post. HERO.

“I am alive today because of him. He unlocked the door and let us in. I thought he was behind me but he wasn’t. When he opened the door, he had to relock it so that we could stay safe but he didn’t get the chance.” Kelsey Friend, student

This photo of geography teacher Scott Beigel was posted on Facebook by Camp Starlight, where Beigel had been a counselor. #DouglasHighSchoolhttps://t.co/DwbtMp8MsV pic.twitter.com/PPjB3PKM1C

There are numerous other students and teachers who sprang into action when the tragedy unfolded. Colton Haab, another JROTC member, who used sheets of Kevlar to shield students as they fled.

Teacher Melissa Falkowski, who grabbed 19 students and hid them with her in a closet.

An unnamed student who told her friend to hold up a book to deter the bullets. She did that, and was wounded, but survived. Her friend did not make it.

An unnamed janitor who stopped students from running toward the gunman instead of away.

In any given situation, there are heroes that emerge. 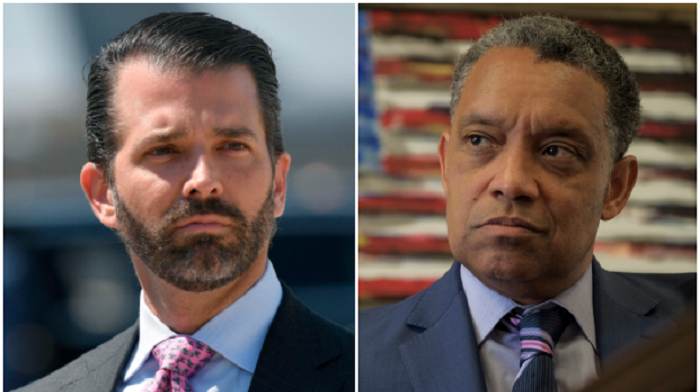