Some of the same folks want to hash out a deal on gun control. There are cracks in the line, and Democrats will find ways to exploit that and cause disruption. The only issue is that the terrible economy overshadows all. In the wake of the school shooting in Uvalde, Texas, the call for gun control has become deafening despite all the evidence showing that every proposal Democrats are clamoring for wouldn’t have prevented the shooting.

A background check was performed when shooter Salvador Ramos purchased his guns. Should it have been rejected? Yes, the address which belonged to Salvador Ramos’ grandfather should have raised a red flag. Ramos’ grandfather has a criminal record. He publicly said he cannot own or be around firearms. The kid was known for starting fights, slashing his face, and shooting people around town with a BB gun. He was trouble.

Yet, we just must do something. Even if it’s unconstitutional, we must do something. That’s always a recipe for disaster when the political class comes to that conclusion about any issue. The House was always going to pass something insane. It’s going to suffer legislative death in the Senate. It could lead to primary challenges for the Republicans who signed off on this debacle. Well, ten of them decided to join the Left’s crusade to shred our constitutional rights. Ten Republicans decided to back the bill that would increase the age limit to buy long guns (via Business Insider):

Lawmakers in the House of Representatives voted in favor of raising the age from 18 to 21 for semi-automatic weapon purchases in response to the mass shootings in Uvalde, Texas, and Buffalo, New York.

The 228-199 vote occurred largely along party lines, with two Democrats voting against the bill and 10 Republicans siding with the Democrat-led proposed legislation.

The age hike was part of a package of gun safety bills known as the Protecting Our Kids Act, introduced by Rep. Jerry Nadler, which was broken up into certain gun policies, including prohibiting the sale of ammunition magazines with a capacity of more than 15 rounds, to pressure GOP congresspeople resistant to tighter gun laws.

What are we doing here, guys? Again, we all know confiscation and the end of the Second Amendment is the Democrats’ agenda. There is no compromise, no debate, or deal to be had on this issue.

Precious snowflakes in melt-down over chalked messages of ‘TRUMP 2016’ 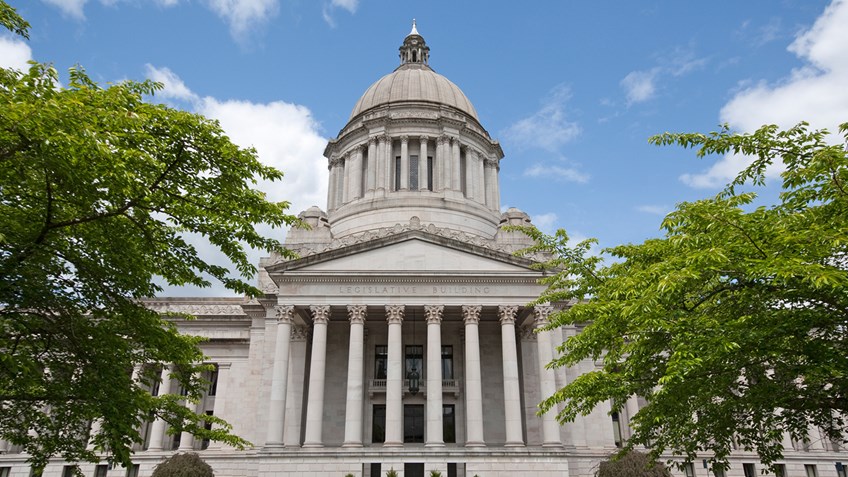 Washington State HB 1225: If you Call Police on any Domestic Violence Report, They’re Taking All of Your Guns.