Scratch a liberal, find a bloodthirsty, insane hatemonger. After the New England Patriots won Sunday’s Super Bowl, a number of hatemongers called for the murder of Quarterback Tom Brady.

Here’s just a few tweets still on the site:

That sounds like domestic terrorism to me, but it’s just another day for the unhinged left.

A post at the Gateway Pundit has screenshots of even more hate: 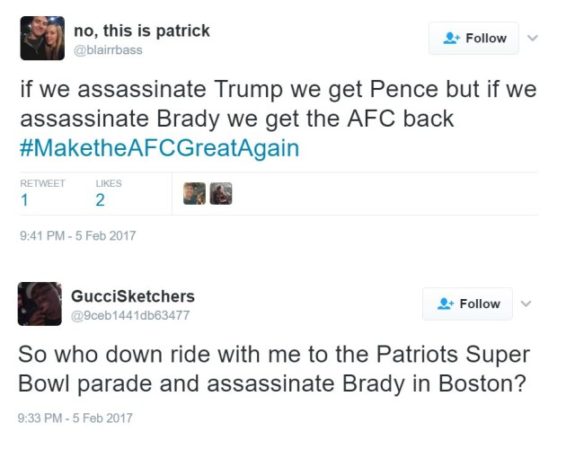 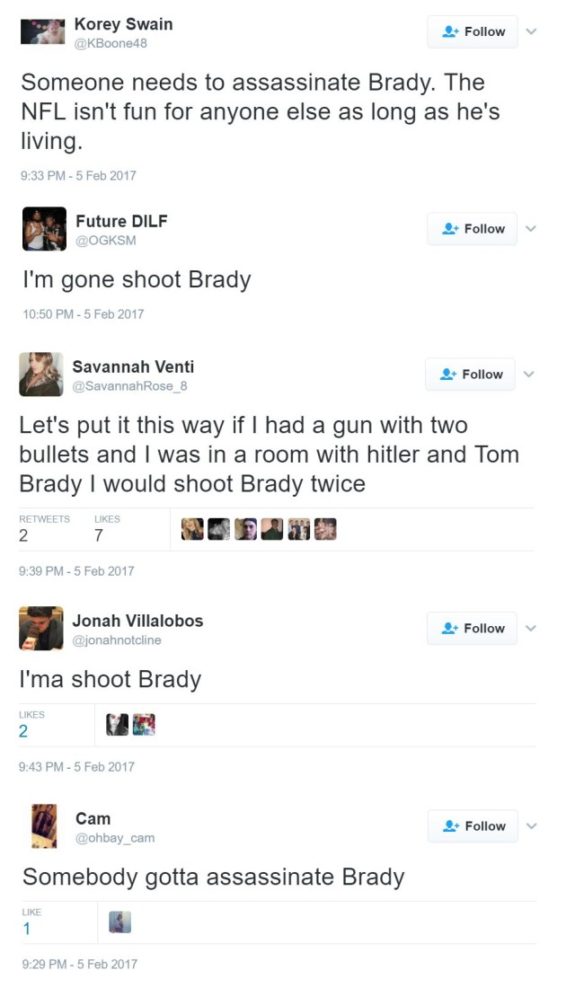 Paul Joseph Watson explained the reason for the hate:

Leftists associate Trump with Tom Brady because Trump said he considered Brady to be a personal friend and has sided with the Patriots against NFL commissioner Roger Goodell.

As we highlighted earlier, many anti-Trump agitators blamed “white supremacy” for the Patriots’ victory, but others took it further.

Having made the game political before it even began, as soon as the turnaround began to happen after half time, leftists began tweeting violent threats leveled at Brady.

“The Secret Service has been overwhelmed with violent threats targeting Trump and Vice President Mike Pence, but for Trump haters to call for Tom Brady to be killed represents a new level of hysteria,” Watson added before asking: “When will the insanity end?”

Sadly, the insanity will continue as long as liberals are allowed to engage in this type of violent rhetoric with zero consequences.

In February 2011, I first said that liberalism, at its core, is an ideology of rage and hate.  Sadly, unhinged liberals prove that assertion correct on just about any given day.