The Second Amendment Foundation has renewed its motion for summary judgment against the City of Seattle over the city’s refusal to disclose the amount of revenue it has achieved with the so-called “gun violence tax” adopted in 2015.

SAF and the senior senior editor of its publication, TheGunMag.com, have been pressing the city for more than a year to get the information. Seattle claims that disclosure would violate the privacy of gun dealers who pay the tax. But there may be another reason the city doesn’t want to release the information: It is woefully short of the predicted $300,000 to $500,000 proponents of the tax envisioned when they passed the tax.

According to Mike Coombs, owner of the Outdoor Emporium, one of two local gun shops that challenged the tax along with the Second Amendment Foundation, National Rifle Association and National Shooting Sports Foundation, his company paid about 80 percent of the total tax last year. It amounted to just over $86,000, according to court documents.

In a statement to the court that was attached to the renewed motion, Coombs wrote:

Earlier this year, Seattle told a reporter that the city collected “less than $200,000” in 2016. That may be in part because another gun shop plaintiff, Precise Shooter, moved out of the city and no longer pays the tax.

Coombs noted in a conversation with Conservative Firing Line that if he were to move his operation outside the city, not only would all the gun tax revenue vanish, but so also would the city no longer be collecting a B&O tax. The “gun violence tax” could turn into a boondoggle, costing the city far more than it ever predicted would come from the gun tax.

TheGunMag.com contends that the public has a right to this information because of the controversial nature of the tax and the public interest it generated when adopted. And there is another part of this equation: Instead of spending any of the “less than $200,000” to fund a ‘gun violence prevention” project that includes a study, the city took $275,000 out of its general fund, thus passing the bill to every taxpaying resident of the city.

That makes publishing the true revenue figure even more important to the public interest, the plaintiffs maintain.

There is a strong indication that the city’s gun control efforts have backfired. According to KOMO in May, “The city has seen a 17 percent increase in the number of police calls about shots fired compared with last year.” At the time of that report, 35 people had been shot in Seattle, a 30-percent increase over the same period in 2016.

Coombs suspects, along with SAF, NRA and NSSF, that the “gun violence tax” is a thinly-disguised gun control effort that probably violates the state preemption act, adopted in 1983 and strengthened in 1985. The city has wanted to regulate guns for three decades and state law has prevented that.

Now, Coombs suggested, the tax is letting the city simply regulate gun stores out of its jurisdiction. 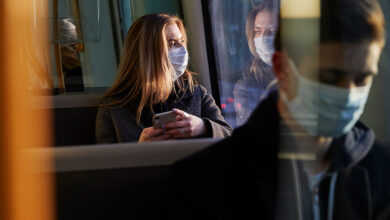