Like hundreds of thousands of other teens throughout the world, Sumaira Khan enjoyed spending time on her cell phone chatting up the opposite sex. Unfortunately for the 17-year-old Pakistani girl, both her nation’s civil law and Islamic Shari’a law don’t have much of a problem with honor killing.

In a revolting and offensive paradox, the savagery of the 7th century was captured in perpetuity by 21st century technology. As reported by Ahsan Kureshi of The Nation (Islamabad, Pakistan) on Apr. 30, 2016, murder committed across the Muslim World in the name of retaining family honor isn’t exactly all that rare, but what happened after the death Sumaira has even some of the most jaded re-thinking the centuries old practice.

In an all too familiar tale, Sumaira was caught by her 20-year-old brother, Hayat Khan, speaking on her cell phone to a boy, ostensibly without permission granted by either himself or their father, Inayat Khan. Coming to the conclusion that his sister had stained the family honor, the elder brother took it upon himself to erase the blight on the good name of Khan.

Using a readily available kitchen knife, Hayat attacked his sister stabbing her a number of times into her chest and back. The enraged brother’s final coup de grâce was slitting his sister’s throat.

As reported by the Samaa television network of Pakistan, “He then threw her out of the house where she continued to bleed and writhe in pain on the steps as neighbours gathered.” Samaa TV also noted, “Mobile phone footage shot by an unknown onlooker shows several men and boys standing around Sumaira, who is lying down, dressed in a red tunic and orange headscarf and draped in a blanket.”

Chillingly, the report continued with, “Her head is seen lolling from side to side and the fingers of her right hand appear twisted. A young boy is shown fighting back tears as one man says in Pashto: ‘Let’s take her to a hospital in a car,’ and another man replies: ‘It’s almost here, it’s coming brother.'”

The cellphone video then pans to Hayat, dressed in a purple shirt and blue jeans, who stares coldly and directly straight into the camera. Reportedly, he was playing a video game on his cellphone as life slowly and undeniably painfully drained from his sister.

Further stunning civilized people everywhere, the family father, Inayat Khan, was filmed by Samaa TV defending his son’s gruesome slaying of his only daughter. “What is done is done and I have forgiven my son. He has done the right thing,” he said.

Youtube.com has posted raw cellphone video of the final moments of Sumaira Khan’s rather short life. Caution: The images may be too intense for some. 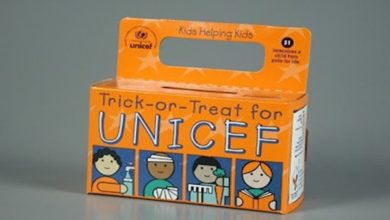