Fifty-eight year old Elodia Royce was recently told she could face eviction from her apartment over an American flag in her window, CBS Seattle reported Tuesday.

According to CBS Seattle, a neighbor complained about what was labeled a “colored drape” in Royce’s window.  But, CBS said, citing a report at KGW, the “colored drape” is an American flag Royce has displayed for six years in support of her family and friends who have served in the military.

“They fought for our freedoms and this is a freedom I should have,” she said. “My grandfather, aunts and uncles served. My ex-husband served in Desert Storm and his entire family are military folks.”

Royce said the apartment manager approved the flag in her window six years ago when she first moved in.

But the notice she received said she has until Monday to remove the “colored drape” from her window.

“The grandmother of nine has two family members living in the same apartment complex, and said that while she hates conflict, she refuses to back down from displaying the U.S. flag,” CBS said.

But it seems there may be a happy ending to this story after all:

On Monday, Cascade Rental Management offered her a compromise on the day she was otherwise threatened with eviction. The company called to offer a flag pole they say they’ll install in front of her apartment in the next few weeks, Oregon Live reports. They also offered to provide an indoor stand and flag. 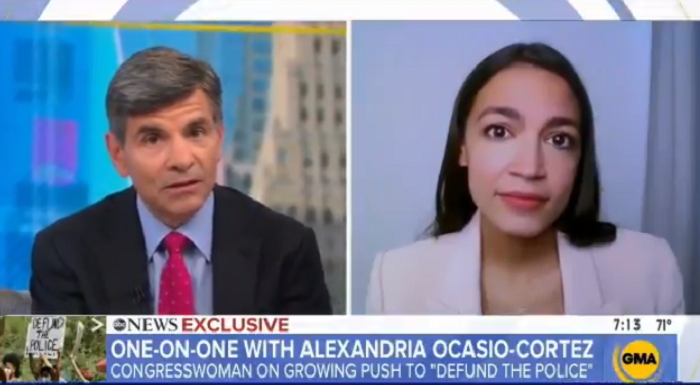