On Monday, al.com reported that Alabama GOP Gov. Robert Bentley agreed to resign and will never hold public office again.  He pled guilty to two misdemeanors and faced impeachment after an investigation into whether or not he used state money or resources to conduct or cover up an improper relationship.  What makes this even more interesting is that he said in October he could not vote for Donald Trump after the Access Hollywood video was released.

The extraordinary agreement, hammered out over the weekend and throughout the day by lawyers for the Alabama Attorney General’s office and Bentley attorneys Chuck Malone and Cooper Shattuck, requires Bentley to repay the state for misused funds and perform community service.

In response, the state attorney general’s office will not pursue other felonies against Bentley, including those referred for prosecution last week by the Alabama Ethics Commission.

Bentley, as part of the deal, was expected to:

In response, the state attorney general’s office will not pursue other felonies against Bentley, including those referred for prosecution last week by the Alabama Ethics Commission.

But in many ways the writing was on the wall after the Ethics Commission on Wednesday found enough evidence to believe Bentley had committed four felonies, including a violation of the ethics act and three violations of the Fair Campaign Practices Act.

Those charges, which the commission forwarded to Montgomery County prosecutors, are each punishable by up to 20 years in prison. The attorney general’s office, which has long been investigating, has the ability to take over those ethics cases.

Perhaps the most damage to Bentley came Friday, when the House Judiciary Committee – which has initiated impeachment proceedings against him – released the findings of lawyer Jack Sharman, who was hired to investigate Bentley and whether he used state money or resources to conduct or cover up an improper relationship.

The report was damning, including sworn testimony from current and former state employees who claim they were harassed and threatened as Bentley sought to keep the affair secret.

Tapes of conversations between Bentley and Mason were made public more than a year ago, after former Law Enforcement Secretary Spencer Collier revealed the affair. Bentley acknowledged making “inappropriate” sexually tinged comments to Mason, including now-infamous phrases about the way he liked to touch her breasts. Throughout, however, he has consistently denied having a sexual relationship.

Dianne Bentley, who ended her 50-year marriage to the governor over the alleged affair, was subject to a grueling procession of humiliations as her husband’s rumored relationship with Mason escalated. As the report noted, “If Governor Bentley meant to hide his affair from his wife, he did not do it well.”

One such incident outlined in the report occurred in February 2014, when the governor’s staff, including Mason, accompanied the Bentleys to Washington, D.C. for a meeting of the National Governors Association. Bentley and Mason exchanged flirty text messages in plain view of his then-wife as their entourage ate dinner at Old Ebbitt Grill, and the group then departed to a local bar, where Mason shared a rather baffling anecdote.

Mason “bragged that Governor Bentley had called and told her that he had opened his hotel room door to hotel staff while clad in boxers, believing Mason was on the other side,” according to the report.

Here’s a photo of one text session: 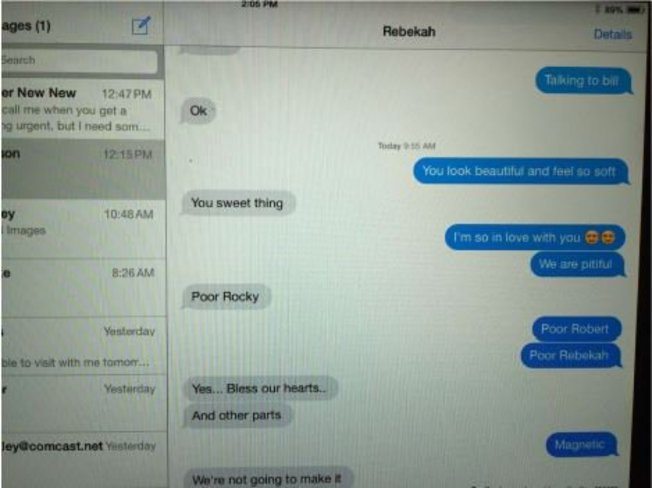 Dianne Bentley’s chief of staff, Heather Hannah, helped her boss secretly record phone calls in which the governor talked about his love for Mason and how he liked to come up behind her and fondle her breasts, according to the report. Once the governor learned that these recordings existed, he came to suspect Hannah’s involvement, and the report alleges he threatened her at the governor’s mansion on several occasions.

According to Hannah, Robert Bentley approached her in the spring of 2014 in the building’s kitchen, pointed his finger in her face, and warned, “You will never work in the State of Alabama again if you tell anyone about this.”

Another altercation occurred in the parking lot soon after, when Bentley allegedly accused her of bugging his office and told her to “watch herself.” He warned that because of his political office, Alabamians “bow to his throne,” according to Hannah’s account.

Hannah also alleged that she was intimidated both before and after her June 2016 testimony to the Alabama Ethics Commission. On the first occasion, she said she heard rustling in the bushes outside her home and went outside to investigate. She found the words “die bitch” and “you will fucking die” scratched into her car. Days after her testimony, Hannah said she was visited at home again: After hearing a loud noise while getting ready for bed, she walked into her kitchen to find someone had thrown a rock through her window.

But, the AP said, Bentley couldn’t vote for Trump:

Alabama Gov. Robert Bentley said he could no longer vote for Donald Trump in wake of the GOP presidential nominee’s sexually charged words about women.

Bentley comments came as state Alabama U.S. Reps. Martha Roby and Bradley Byrne, on Saturday called for Trump to step aside from the GOP ticket. Trump is under fire for his remarks about him groping women in a 2005 recording.

Roby was one of the first Republicans to speak out against Trump on Saturday, leading what would soon be a chorus of voices against the GOP nominee.

“Now, it is abundantly clear that the best thing for our country and our party is for Trump to step aside and allow a responsible, respectable Republican to lead the ticket,” Roby said in a statement. “Hillary Clinton must not be president, but, with Trump leading the ticket she will be.”

What’s that about people who live in glass houses?

“It’s sad watching anyone fall,” said Republican State Representative Corey Harbison, according to the New York Times. “I hate that it all happened, but I’m thankful that the governor stepped aside. We can begin to put this behind us.”

Biden ‘Not Cognitively Prepared’ To Be President 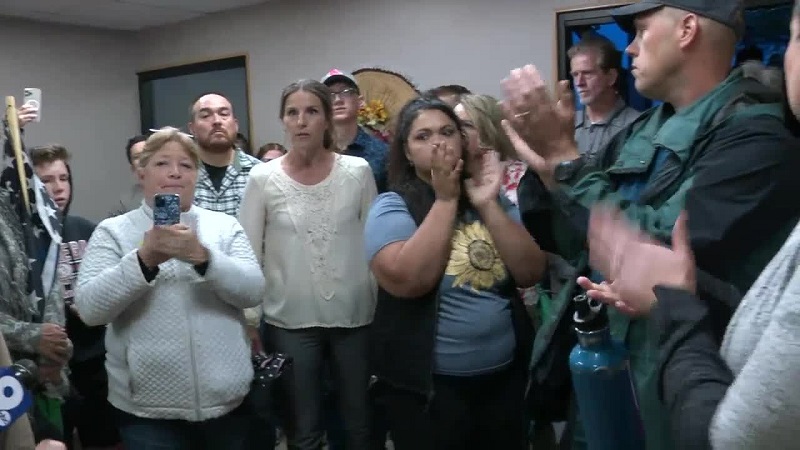