There are loads of others, including Google, Facebook and Twitter, which have the corrupt, anti-Free Press, officially enforced advantage of de-monetizing conservative and Christian sites like WND. We’ve been victimized by the best and worst of them.

These presstitutes are very skeptical of certain topics – those seem to be MAJOR STORIES and REAL NEWS and THREATS TO ONE-PARTY DEMOCRAT RULE.

Two common denominators they share are being well-funded and having no shortage of staff.

NewsGuard is the one we’ll focus on today.

“One year after the Jan. 6 riot, 81 percent of 2020 election misinformation publishers in the U.S. identified then by NewsGuard continue to spread false election claims,” they claim. “Nearly 900 major brands are funding these sites with digital ads, despite widespread reporting on the problem.”

It took an army of staffers to try to put an end to the horror.

“Of the 113 U.S. websites that NewsGuard found were spreading election misinformation in the immediate aftermath of the 2020 presidential vote and that are still active, 81 percent have continued to spread false claims about the election, including about the Jan. 6 attack on the U.S. Capitol,” NewsGuard stated.

Of course, it’s all in the eye of the beholder, isn’t it?

What NewsGuard and dozens of other full-time “spin” sites ignore is that people actually think for themselves, despite the overwhelming number of lies and amount of disinformation they are fed – and despite the advantage those sites receive through advantageous placement on search engines, including the biggest, Google.

As the nation approaches the one-year anniversary of the so-called “false claims” about the “Jan. 6 attack on the U.S. Capitol,” it’s clear that the American people not only believe those “claims” strongly, but they are being systematically lied to by the “mainstream” media, the Big Tech cartel and these “watchdogs” of the underwhelmed, outnumbered free press.

“The problem is global,” NewsGuard said. They also found “that half of the European websites that it identified as spreading election misinformation last year and that are active still share U.S.-focused misinformation with their audiences. In its 2020 Election Misinformation Tracking Center, NewsGuard identified 159 sites that between Election Day (Nov. 3, 2020) and Inauguration Day (Jan. 20, 2021) spread false claims about the election.”

Worse yet, it claims: “Now, more than a year after the 2020 election, and as the nation approaches the anniversary of the Jan. 6 attack, a NewsGuard analysis has found that the vast majority of the sites spreading election misinformation a year ago have continued to promote the narrative that the election was not legitimate, while defending, downplaying, or redirecting blame for the riot.”

“NewsGuard also found that 892 major brands were financing the sites that have published election or Jan. 6 misinformation during this time period through the purchase of digital advertisements, according to data from Moat Pro, an advertising intelligence tool,” it says. “There has been widespread reporting in the past year about how misinformation sites are funded by programmatic advertising revenue – including a report by NewsGuard and media measurement firm Comscore earlier this year estimating that companies send $2.6 billion in ad revenue to misinformation sites each year. The 892 brands advertising on the 159 sites NewsGuard identified as publishing election or Jan. 6 misinformation represents a 32 percent decline from a similar period last year.”

In other words, these alternative sources of information must be suppressed – by eradicating their revenue.

This is how it works!

Their solution is the Final Solution for the free press. They must be starved to death, as WND and a handful of news sites have been already – though, thankfully, this news site hasn’t succumbed yet!

In other words, it’s not enough that Americans were deprived of their right to an honest election in 2020. Now they are not getting the information they need to correct it under the laws of the land; they just have to suck it up and accept being lied to continually, habitually and endlessly.

Here are some of the top headlines trumpeted by Google this week:

That was it! That’s Google’s entire presentation of the news about Jan. 6. There wasn’t even a Fox News story among them. No New York Post coverage offered. No alternative nor “fair and balanced” reports offered.

Just the “official” Joe Biden news. But still, approximately 80% of us are wedded to the truth and not swayed by the official censors.

No wonder they’re so frustrated. It’s time for corporations, voters and consumers to scream, “Enough is enough.”

“We will not accept this fate. This is not the American way.”

Here’s how you can help WND, recently dubbed by the propagandists at NewsGuard as the No. 8 “most influential misinformer” on the internet: 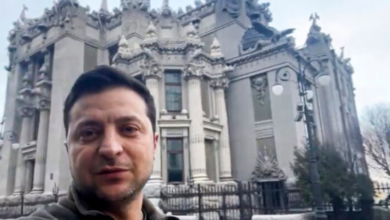 Ukraine Fights Back, President Zelensky Refuses to be Evacuated: “I need ammunition, not a ride.” 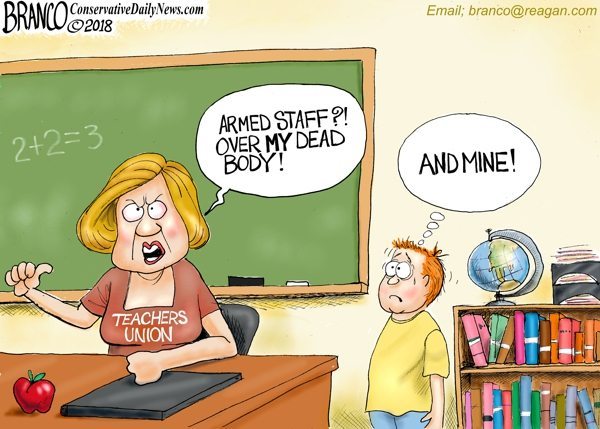 Cartoon of the Day: A Teachable Moment