With the word the the US may be considering pulling out of Iraq as well as finalizing the pullout of Afghanistan, there are many who are concerned that Global Terrorism is rearing its ugly head once again. After watching a toxic dust and smoke cloud envelop the World Trade Center and Pentagon on September 11, 2001, people are wondering if that will happen again…and soon.

The Biden administration is stuck with the Doha agreement. Yet, it is now also saddled with the fact that the Taliban still have a relationship with al-Qaeda. According to a UN report on the evolution of global terrorism, al-Qaeda is present in at least 15 Afghan provinces.

Al-Qaeda has cut back on overt communications with the Taliban, in order to lay low and not jeopardize the Doha agreement, according to the UN. Last fall, Afghan Special Forces killed Husam Abd al-Rauf, a high-ranking Egyptian al-Qaeda member who was believed in some circles to be the number two leader of the global terrorist organization.

And then there is the Islamic State Khorasan (ISIS-K). Current estimates put ISIS-K fighters in Afghanistan between 500 and 1,500. Several intelligence analysts believe that that number could be much higher. ISIS-K has conducted over 100 attacks on civilians and military in Afghanistan and Pakistan since its formation in 2014.

We reported previously that Iran has harbored Al-Qaeda leaders. But it’s not just the Middle East that is the issue- terrorism in Africa as reached serious highs. The US just a few days ago conducted its first airstrikes against al-Shabaab. There has been some Democrat blowback over that issue.

We reported on the arrest of a Kenyan National who was connected to al-Qaeda and had plotted to conduct a 9-11 style attack. He was directed by Al-Shabaab leaders to obtain pilot training, and make a plan to hijack a commercial airliner to fly it into a tall building. Al-Shabaab is extremely active in Africa, but with that arrest in December, it’s obvious they’ve arrived on our doorstep.

South of the Sahel, terrorism is spreading in Nigeria, where hundreds of thousands are dead and Christians are being targeted for slaughter. Mozambique also faces a terrorist insurgency.

To the east, al-Qaeda has set its sights on Senegal, Côte d’Ivoire, Benin, Ghana, and Togo.

Let’s also not forget that our current Secretary of Defense, Gen Lloyd Austin, presided over the rise of ISIS during the Obama administration as CENTCOM commander between 2013 and 2016.

As SOFREP noted, Global Terrorism has not gone away, but is on the rise. With the withdrawal of US forces in favor of a peer-to-peer matchup, they may once again come to our shores to destroy. 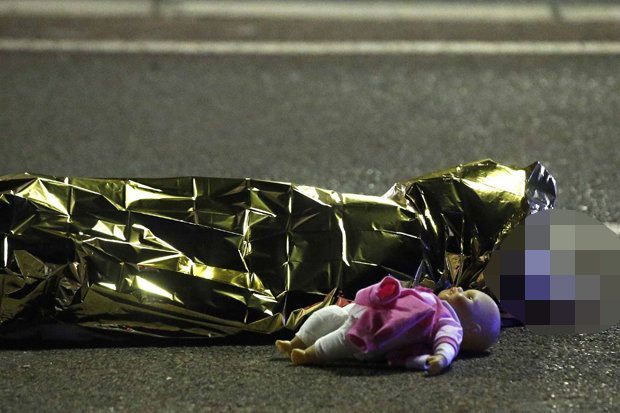