(TCP News)  The Left would have us believe that the economy is skyrocketing and everything is going gangbusters – except that the evidence says otherwise.

All over the U.S. there are shortages, as well as around the world.  If you need a reason, can you say Plandemic?  I wrote back in October of 2020 that the purpose of COVID and all the related nonsense was and is power and control, and nothing has changed.

Lumber prices have skyrocketed.  In my area a 2x4x8 just recently would have cost you about $4.00, now the same 2×4 costs between $10.00 and $12.00.  Increased housing demand and the fact that the mills can’t keep up are to blame, many mills shut down during the Plandemic.  Building a new home?  Add about $24,000 to the cost – because of the lumber.

Have you heard about the chip shortage?  No not the chips in your favorite cookies, but the chips that seem to power everything these days, namely semi-conductor chips.  These chips are in cars, farm machinery, computers, tools, your appliances, and even your kid’s toys, or your toys (hey adults have toys too).  This chip shortage could last into 2023, and that’s not good.  The affect of the chip shortage on iPhones and the auto manufacturing sectors alone will result in billions of dollars of lost revenue.  Which means less product, and higher prices.

Prescription drugs are suffering a severe shortage as well; over 100 drugs are currently in short supply.

From The Most Important News:

“Copper, iron ore and steel. Corn, coffee, wheat and soybeans. Lumber, semiconductors, plastic and cardboard for packaging. The world is seemingly low on all of it. “You name it, and we have a shortage on it,” Tom Linebarger, chairman and chief executive of engine and generator manufacturer Cummins Inc., said on a call this month.”

Trump would not have been able to fix all of this, but Biden is assuredly making things much worse.  Allowing all the illegals in will raise prices of everything and jeopardize our national security.  Shutting down pipelines is upping the cost of gas nationwide, and prices are at the highest point since 2014.  Insisting on unreliable and problem plagued wind and solar energy is causing issues and will likely drive energy prices higher yet.

There is even a shortage on the drivers who deliver gas to gas stations believe it or not (these drivers require special certifications).

Looking to go on vacation or take a short jaunt somewhere?  Or how about needing a set of wheels because yours are in the shop?  There is even a shortage of rental cars.

Remember the storms in Texas that saw windmills and other sources of energy fail?  These storms also caused chemical plants to shut down in Texas.  So what you say.  Well these shut downs have caused a global shortage of plastics, and the prices of some of these plastics have doubled – and this affects a lot of industries.  Just think of all the ways plastics are used, plastic is in almost everything we use, every day.

But don’t worry about all of this because Biden and the rest of the geniuses in the Democrat Party have this all figured out for us.  Forget about Donald Trump, he’s yesterday’s news, the Dems have it all in hand.

We will likely all get another stimulus check (number 4), because that will fix everything right?

How about monthly stimulus payments until the end of the Plandemic?  Yes you read that right.  Monthly payments from the government until the Plandemic ends – of course we all know the Plandemic will end when the powers that be say it ends and not before.

If this sounds like the beginning of soft socialism, you would be correct, the bigger problem here is that socialism/communism has never before in the history of the world worked, and it’s not going to work now regardless of the form it takes.  Today’s young socialist advocates and many others as well are ignorant of what any form of socialism or it’s nearest and dearest cousin(s) turn into, and furthermore do not seem to grasp the fact that the exact thing that they rail so loudly against, that being capitalism – is exactly what provides them with their cherished iPhones and designer coffees and clothing etc.

In my neck of the woods, things are getting better as far as COVID goes.  Funny thing about that – I have noticed a large uptick in ads about the importance of face masks, social distancing etc. none of which is even particularly effective to begin with.  As things get better, the government pushes the COVID nonsense even harder.  It’s almost like they do not want this “epidemic” to go away.  The Plandemic gives governments power and control.

The realities of socialism are the Berlin Wall, the Gulag, the killing fields of Cambodia, the Tiananmen Square massacre, and daily bread lines in Moscow.

Breaking the bank and the New World Order (Globalism)

Back to monthly stimulus checks.  We aren’t talking a few hundred bucks here, although that would be bad enough. At a population of 325 million (that’s conservative) the cost for say 200 bucks a month per person would be 65 BILLION dollars – a MONTH.  The proposed plan by Democrats would cost TRILLIONS of dollars with nothing added on – you know like the so-called infrastructure plan?

“An earlier letter to President Biden and Vice President Kamala Harris from 53 Representatives, led by Ilhan Omar of Minnesota, staked out a similar position. ‘Recurring direct payments until the economy recovers will help ensure that people can meet their basic needs, provide racially equitable solutions, and shorten the length of the recession.’

Additional co-signers included New York’s Alexandria Ocasio-Cortez and Michigan’s Rashida Tlaib, two other notable names among House Progressives. The letter didn’t place a number on the requested stimulus payments. But a tweet soon after put it at $2,000 per month for the length of the pandemic.

A majority of Americans also favor recurring relief payments. According to a January poll from the Data For Progress, nearly two-thirds of all voters support $2,000 monthly payments to all Americans for the length of the pandemic. Supporters include a majority of Independents and Republicans. A struggling restaurant owner’s online petition calling for $2,000 monthly payments for every American adult has received close to 2.2 million signatures. The Urban Institute estimates that another stimulus payment could reduce poverty by at least 6.4 percent in 2021. Many economists are also onboard. A 2020 open letter from experts in the field argued ‘direct cash payments are an essential tool that will boost economic security, drive consumer spending, hasten the recovery, and promote certainty at all levels of government and the economy – for as long as necessary.’”

I hate to rain on anyone’s parade, and we ALL could use a nice chunk of change, but again – WHO is paying for this?  Anyone???

Here’s a another thought for you, since there isn’t enough money to pay for all of this, no way no how – maybe the idea is to cause a global financial reset?  The U.S. dollar was not always the world’s reserve currency.  In a global financial reset, the U.S. would likely be absorbed into the One World Government, which is the aim of the Democrats to begin with.

First it’s socialism, then globalism on steroids.  The U.S. is the only country preventing a worldwide government – Trump knew this fact very well and worked to try to prevent this.  One of the many reasons he was defeated cheated out of office.

There is no easy fix for the complicated issues that we face as a nation.  There is one thing however that is sure – the Leftist paradigm or narrative if you will does not contain the answers to the problems.  The Leftists simply exacerbate the problems with plenty of help from the RINOs and other assorted idiots.

The solution to the problems?  Since people seem to like to email me and chew me out for not presenting the solution to the problem, here it is – get out and vote.  Stop electing the same morons while expecting change to happen.  Talk about it, write about it.  Share the articles of those who write about the issues (most who read this won’t share it).  The more people that are educated about what is really going on, the better the chances of change.

While these non-thinking self-serving fools are running the show in Congress and the White House etc., things are only going to get steadily worse. 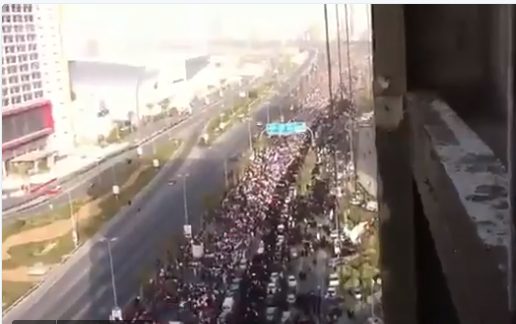 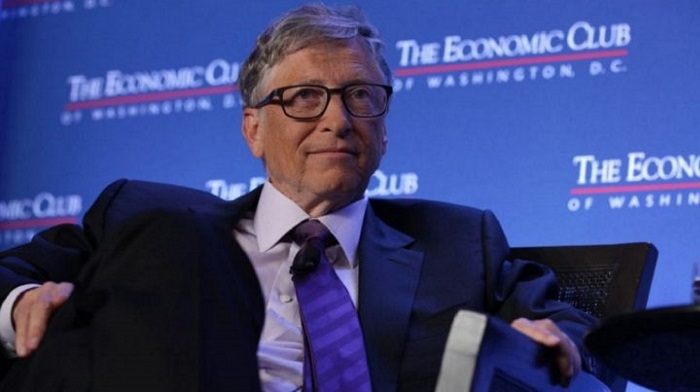