It seems that pretty much anything offends the perpetually-outraged left these days.  If it’s not racist, chances are it’s sexist or homophobic.  Now, it’s apparently sexist to call Hillary Clinton, “Mrs. Clinton,” according to a post at the Georgetown University College Democrats’ blog.

“While it may not be intentional, referring to Hillary as ‘Mrs. Clinton’ diminishes her accomplishments by specifically attaching her to Bill and subtly diverting attention to her famous husband and his administration,” Julie Antonellis wrote. “It erases and conceals her individual identity. It makes her appear as if she retired after serving as First Lady and retreated to Arkansas to stereotypically sip sweet tea on her front porch, instead of then becoming a Senator and Secretary of State.”

While many people refer to current and former male government officials by last name without their respected titles, such as calling Senator John McCain, “McCain”, or Senator Marco Rubio, “Rubio”, Hillary’s situation differs in that some of her opponents act as if they are being respectful by using “Mrs.” before her name, even though she has earned other impressive titles more recently in her career. Practically no one addresses or refers to Senator McCain as “Mr. McCain” to demonstrate respect; if an individual desires to act more respectfully while mentioning him, the person would say “Senator McCain.” Someone who addresses Hillary as Mrs. Clinton is only feigning respect because someone who actually respected her would acknowledge her significant accomplishment of becoming Secretary of State, even if the individual disagreed with her policies.

“My issue is not that being labeled a wife is insulting, but instead that Hillary receives unequal treatment and many fewer acknowledgements of her accomplishments,” Antonellis added, without naming any of her alleged “accomplishments” other than being a U.S. Senator and a former Secretary of State.

“Next time you see someone call Hillary ‘Mrs. Clinton,’ note if what the individual says is something positive or negative about her. I think you’ll find that most of the time the individual expresses negative thoughts about her,” she said.

“Personally I would prefer to call her ‘Madam President,'” she concluded.

Fine.  If calling Hillary “Mrs. Clinton” is sexist, then I’ll simply call her “Hillary,” or better yet, “Crooked Hillary.”  That way, I’m acknowledging her 40-plus years of lying and scheming her way to the top. 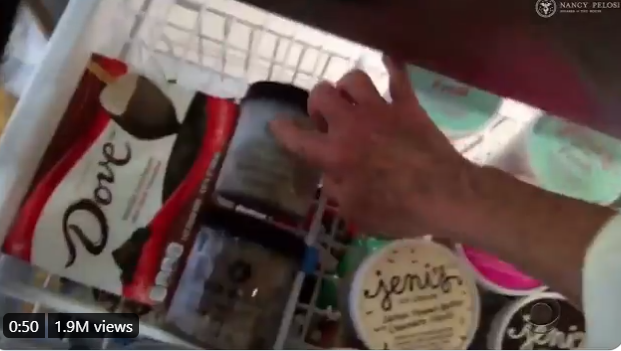