Point blank…four-star General Carter Ham answers directly to the President of the United States and NO one else…he does not work for the State Department and did NOT work for then Secretary of State Hillary Clinton on the fateful night of September 11, 2012.
And today, General Ham testifies before the House Oversight Committee at a ‘closed door’ hearing scheduled to begin at 9:00 a.m. this morning (too bad the ‘in-the-pocket’ for Obama msm seems to be keeping that hush-hush). As the head of AFRICOM when our Benghazi compound was under attack, General Ham knows exactly what happened, and most importantly, he knows who gave the order to ‘stand down’…the order directly leading to the deaths of Ambassador Christopher Stevens, Inform Officer Sean Smith, and ex-Navy SEALS Tyrone Woods, and Glen Doherty.
And General Ham knows, because while the attack was going on he just ‘happened’ to be in D.C. for meetings, and just ‘happened’ to be in the National Military Command Center, the war operations center in the Pentagon.
General Carter Ham, the man who became a four-star general in August 2008…AFRICOM commander forced to retire (just a few years shy of his mandatory retirement date) from a post with a three-year rotation after only serving for one and a half years, and with his replacement put in charge right on the heels of the Benghazi attacks… and replaced with General David Rodriquez (became a four-star general in September of 2011) who only served in his previous  position (Commanding General of the United States Army Forces Command) for 14 months instead of the usual three year rotation schedule…a bit odd if you ask me as this position is based out of the US, a desk job really, and AFRICOM takes in nations that are at the center of the world’s most dangerous hot spots.

But NO matter as NOTHING can change the fact that to issue an order to ‘stand down’ there’s a certain military protocol that’s followed when an attack like Benghazi occurs…a specific chain of command for allowing special-forces to go in and rescue or aid our people.  And that chain would have started with SOCAFRICA commander Lieutenant Colonel Gibson who would have first contacted a desk officer, asking for that permission. The desk officer would then have to call Marine Corps Colonel George Bristol, commander of the Joint Special Operations Task Force-Trans Sahara. Then Col. Bristol would have to contact Rear Admiral Brian Losey, then Commander of Special Operations Command Africa, who then would have to contact the aforementioned General Ham, commander of AFRICOM, for the final go order.
This would be the chain of command designated by military protocol…but was this chain of command actually followed…or did Obama make that ‘stand down’ call himself or directly order General Ham to make it after the initial Benghazi briefing, because he knew a rescue team would wanted to be sent in.  And I believe Obama knew that he could NOT let that happen, because Ambassador Stevens could NOT be allowed to survive with the information Obama suspected Stevens had discovered about his guns and weapons running to the al-Qaeda backed Syrian rebels.
Conspiracy theory on my part…NO I don’t think so for the pieces of the Benghazi puzzle are starting to fit together…and fit together for the simple fact that if there was NOTHING to hide why then all the cover-ups…why did Obama continue to lie to the American people for weeks about the true nature of Ambassador Stevens’ murder when NOT even an hour into the attack the CIA identified the attack as a coordinated terrorist effort of al-Qaeda operatives…why the lies…why the subterfuge…and why all of a sudden is scandal after scandal being lobed at Obama…lobed at Obama to divert our attention away from the truth about Benghazi as none of the other scandals can lead to Obama’s downfall…that designation goes to Benghazi alone.

Remember also that whistleblower Greg Hicks testified before the committee that special forces were ready to board a plane in Tripoli, and that even after they got word that Stevens was dead, Hicks said, “The Libyan military agreed to fly their C-130 to Benghazi and carry additional personnel to Benghazi as reinforcements,” including US Special Forces, but that a call came through from Special Operations Command Africa saying, “you can’t go now; you don’t have authority to go now.”  Also, Special Forces in Italy, less than one hour or so away, suited up and ready to go, were told to wait, or got NO orders at all.
And so three more Americans were murdered after Stevens because of that ‘stand down’ order, and like I said there is only one person who can give that order, and that is the President of the United States.  But we must know NOT only who gave that order but the truth of why was such an order given in the first place…why were four Americans left to be slaughtered by islamic terrorists while help was close by for being left to be slaughtered is as much blood on this president’s hands as if he pulled the trigger that slaughtered our people himself.
I think I hit on that answer pretty well (guns and weapons smuggling to Syria), and that answer is indeed grounds for treason to be levied against Barack HUSSEIN Obama NOT only for ‘aiding and abetting the enemy’ but also for dereliction of duty.
America has a long and honorable history of never leaving people behind, and by willfully and knowingly doing so, as Commander-in-Chief of our military, Barack HUSSEIN Obama can be charged with dereliction of duty...a specific offense under United States Code Title 10,892. Article 92, saying that in times of war punishment can include sanctions up to and including the death penalty, and that in and of itself is reason enough for all the lies and cover-ups I would say.

Remember, Obama had plenty of time to call General Ham at AFRICOM…hell, he just had to make a local call to Ham at the Pentagon…and issue the ‘stand down’ order without any witnesses, because for all intents and purposes, after he took the original call from the Department of Defense, Obama was absent when the major part of the attack was going on…claiming he had to get ready for his trip to a Las Vegas fundraiser the next morning, telling his people to ‘handle it’.
But the bottom line remains that General Ham knows the truth about everything that happened that night…but will he talk…will he end an illustrious military career taking the fall for Barack HUSSEIN Obama or will payback be a b*tch for this miserable excuse of a president and those who orbit around him…those who forced this man into retirement to try and silence him.
It can go either way but which way is the million dollar question that hopefully will be answered today…and answered with the groundwork being laid for a charge of treason to be brought against Barack HUSSEIN Obama.
http://thepatriotfactor.blogspot.com/2013/06/op-ed-general-carter-ham.html
Facebook Twitter Flipboard
Tags
Barack HUSSEIN Obama benghazi treason 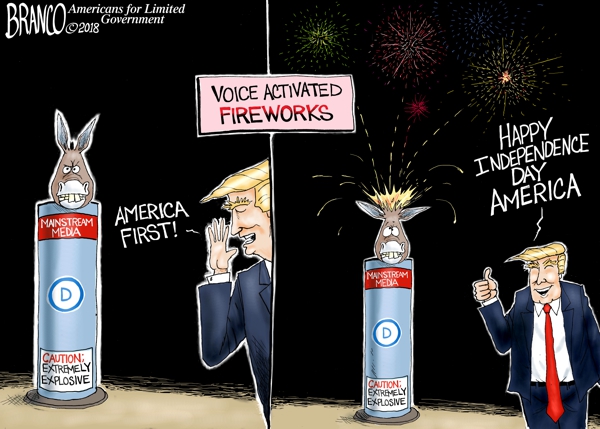