“This horrendous abuse of power is the latest in a long series of witch hunts we started a long time ago. I thought the investigation with the document hoax was dying or dead or over and the investigation into January 6 and my very peaceful and patriotic speech…was dead. I thought it was dead. I thought that put the final nail in the coffin only to find out that the corrupt and highly political Justice Department just appointed a super radical left special counsel better referred to as a special prosecutor to start the process all over.”

That was former President Donald Trump reacting on Nov. 18 to the appointment of yet another Special Counsel, this time by Attorney General Merrick Garland, to investigate the riot at the U.S. Capitol on Jan. 6, 2021 and the documents the FBI seized from Trump’s Mar-a-Lago estate in Palm Beach, Fla. in August.

According to a Nov. 18 press conference by Garland, Special Counsel Jack Smith will investigate “whether any person or entity unlawfully interfered with the transfer of power following the 2020 presidential election or the certification of the Electoral College vote held on or about January 6, 2021,” and also “classified documents and other presidential records, as well as the possible obstruction of that investigation, referenced and described in court filings in a pending matter [against Trump] in the Southern District of Florida.”

In order for a special counsel to be appointed, according to 28 C.F.R. 600.1, when the Attorney General “determines that criminal investigation of a person or matter is warranted and… investigation or prosecution of that person or matter by a United States Attorney’s Office or litigating Division of the Department of Justice would present a conflict of interest for the Department or other extraordinary circumstances…”

Meaning, Attorney General Merrick Garland has a “conflict of interest” and cannot continue the investigation on his own.

Maybe that’s because Trump is President Joe Biden’s opponent in the 2024 presidential election, or will be, should Trump for a third time be nominated by the Republican Party in its primaries. The Attorney General answers to Biden, and Biden certainly has a conflict of interest as it relates to potentially prosecuting and imprisoning his political opponents who might stand against him in the 2024 election.

But there also needs to be a crime committed by the subject of the investigation in the first place. Yet, both of the investigations seem to be covering items that are both protected by the U.S. Constitution: 1) The First Amendment protects Trump’s right to have spoken at the National Mall on Jan. 6, 2021 to protest the certification of the Electoral College by Congress to Joe Biden as President; and 2) the President has absolute authority under Article II to declassify any and all classified documents, including any that left with him from the White House on Jan. 20, 2021.

At the Save America Rally on Jan. 6, President Trump explicitly urged everyone to “peacefully” protest the Electoral College certification of Joe Biden as President-elect: “We have come to demand that Congress do the right thing and only count the electors who have been lawfully slated, lawfully slated. I know that everyone here will soon be marching over to the Capitol building to peacefully and patriotically make your voices heard.”

Under no standard of law do those statements constitute incitement of insurrection. They are political speech fully protected under the First Amendment of the U.S. Constitution.

After the violence began, Trump at 3:13 p.m. EST urged his followers to stop on Twitter, stating: “I am asking for everyone at the U.S. Capitol to remain peaceful. No violence! Remember, WE are the Party of Law & Order – respect the Law and our great men and women in Blue. Thank you!”

As for the presidential documents, on Jan. 19, 2021, the day before he left office, former Trump declassified a trove of documents related to the Justice Department’s botched investigation of Trump that falsely accused him and his 2016 presidential campaign of being Russian agents.

In the memorandum, entitled, “Memorandum on Declassification of Certain Materials Related to the FBI’s Crossfire Hurricane Investigation,” Trump outlined how the materials were presented to him to be declassified: “At my request, on December 30, 2020, the Department of Justice provided the White House with a binder of materials related to the Federal Bureau of Investigation’s Crossfire Hurricane investigation.  Portions of the documents in the binder have remained classified and have not been released to the Congress or the public.  I requested the documents so that a declassification review could be performed and so I could determine to what extent materials in the binder should be released in unclassified form. I determined that the materials in that binder should be declassified to the maximum extent possible.”

But not before the FBI complained about the need for redactions, with Trump granting the redactions: “In response, and as part of the iterative process of the declassification review, under a cover letter dated January 17, 2021, the Federal Bureau of Investigation noted its continuing objection to any further declassification of the materials in the binder and also, on the basis of a review that included Intelligence Community equities, identified the passages that it believed it was most crucial to keep from public disclosure.  I have determined to accept the redactions proposed for continued classification by the FBI in that January 17 submission.”

The Trump memorandum continued, “I hereby declassify the remaining materials in the binder.  This is my final determination under the declassification review and I have directed the Attorney General to implement the redactions proposed in the FBI’s January 17 submission and return to the White House an appropriately redacted copy.”

However, that redacted copy was never returned to the White House as ordered. In May, former Trump administration official Kash Patel said he witnessed the declassification himself in a phone interview with Breitbart.com, but that the documents remained unaltered and had retained their classified markings: “The White House counsel failed to generate the paperwork to change the classification markings, but that doesn’t mean the information wasn’t declassified. I was there with President Trump when he said ‘We are declassifying this information.’”

Patel explained: “he thought the American public should have the right to read [it] themselves.”

Apparently, the Justice Department simply refused to comply with the declassification order, even with the redactions accepted by Trump, and so Trump was left with a decision. Leave it to Biden, or declassify everything and take them with him. Here, Patel appears to be saying that Trump simply decided to declassify the documents in toto and take his chances.

These appear to be the same documents the FBI raided from Trump’s residence in Palm Beach, Fla., Mar-a-Lago, on Aug. 8. On Truth Social, on Aug. 12, Trump noted that “it was all declassified,” referring to the documents seized.

And the Biden Administration Justice Department led by Attorney General Garland never complied with the Trump memorandum, Senate Judiciary Committee Ranking Member Chuck Grassley (R-Iowa) and Sen. Ron Johnson (R-Wis.) revealed in a Feb. 15, 2022 letter to Garland. It was a follow-up to an Oct. 2021 letter on the same complaining about the lack of disclosure.

The President’s inherent powers to declassify military and other national security information derives from the Constitution’s Article II, Section 1 vesting clause: “The executive power shall be vested in a President of the United States.”

In 1988, in Department of Navy v. Egan, the U.S. Supreme Court outlined the contours of the President’s primary responsibility for classification of sensitive national security documents as deriving directly from Article II, not from any Congressional statute: “The President, after all, is the ‘Commander in Chief of the Army and Navy of the United States.’ U.S. Const., Art. II, 2. His authority to classify and control access to information bearing on national security and to determine whether an individual is sufficiently trustworthy to occupy a position in the Executive Branch that will give that person access to such information flows primarily from this constitutional investment of power in the President and exists quite apart from any explicit congressional grant.”

The years-long, top secret investigation began in July 2016 following false allegations by Clinton campaign operatives that Trump had somehow supported a Russian plan to hack the Democratic National Committee (DNC) email server and post them on Wikileaks, and then was carried over into the Trump administration in 2017, leading to the recusal of former Attorney General Jeff Sessions, the firing of former FBI Director James Comey and the appointment of former Special Counsel Robert Mueller, who found no such conspiracy.

During the course of the investigation, the Justice Department obtained surveillance against the Trump campaign and the GOP, first by targeting campaign foreign policy advisor George Papadopoulos via foreign agency efforts beginning in mid-2016, and then with Foreign Intelligence Surveillance Act (FISA) warrant applications on campaign foreign policy advisor Carter Page beginning in Oct. 2016, fueled by the DNC-Steele dossier falsely accusing President Donald Trump, Page and Paul Manafort of being Russian agents, that was renewed after the election and then finally the fateful strike on former National Security Advisor Michael Flynn in Jan. 2017, spying on his Dec. 2016 phone call with the Russian ambassador where Flynn attempted to deescalate tensions with Moscow, leaking it to the Washington Post on Jan. 12, 2017, sending the FBI to ask about it on Jan. 24, 2017 — all encompassing the bedrock of a three-year-long Justice Department investigation, undertaken under the mistaken belief that the nation had just elected a Manchurian Candidate.

As president, Trump had the power to declassify that investigation, even if the Justice Department would rather not have that embarrassing information showing they are regime officials of a banana republic out there for all to see.

Now there’s no other conclusion for the American people to reach. Biden just had the Attorney General appoint a special prosecutor to take down his principal political opponent, Trump, over fake crimes before the next election to ensure and consolidate his own political power.

That’s a banana republic and, if it is not reined in, it could be the greatest constitutional crisis since the Civil War. 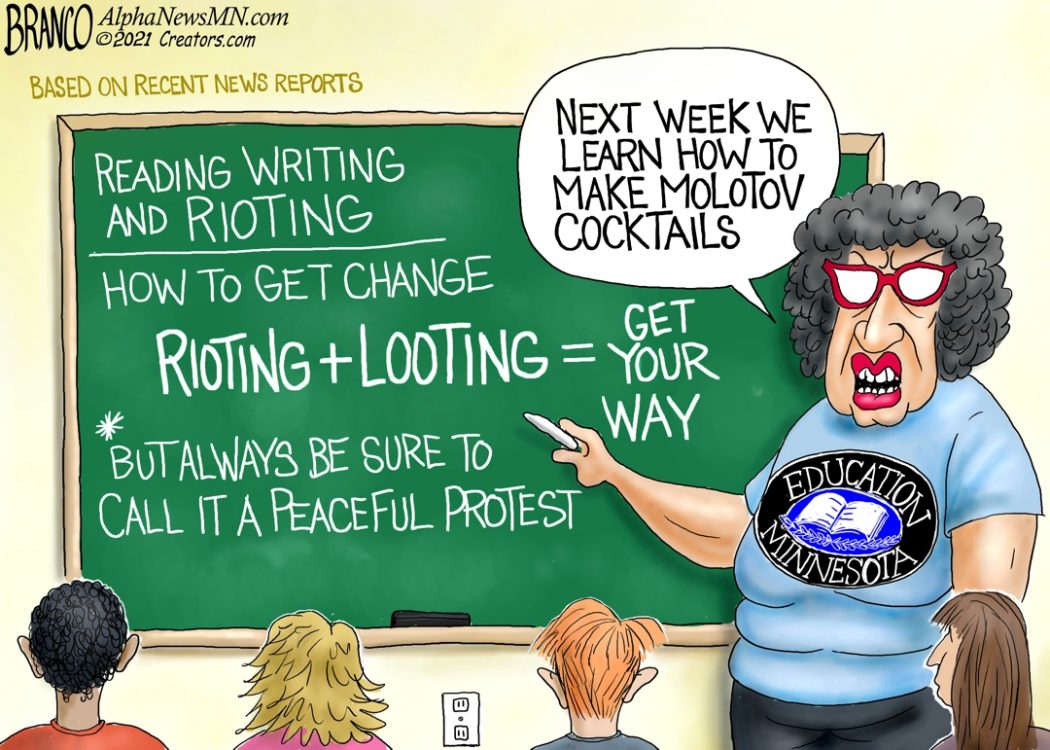 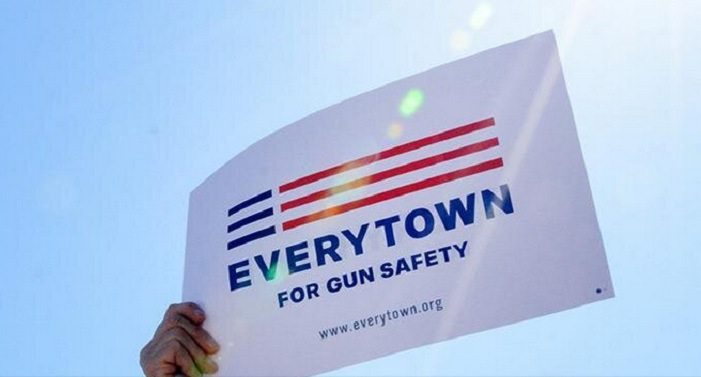