LET’s face it, when it comes to blunt truth-telling – aka “shooting from the hip” – President Trump hardly requires any pointers, least of all from yours truly. No doubt, we are peas in a pod in that impolitic arena.

BUT it is this penchant for telling it like it is which will turn America around, all the PC captured and addled sissy-pants be damned.

NOT only that, actions ALWAYS speak louder than words, as true and harsh as they may – or may not – be. Thus, the fact that President Trump appointed tippy-top war-fighting USMC Generals to head the DOD and DHS, “Mad Dog” Mattis and John Kelly, respectively, well, it’s worth more than its weight in gold.

AND it is these appointments (plus so much more) which has Merkel and accomplices not only pissing but frothing at the mouth. Consider the following analysis from Dec. 4, 2016:

THE Department of Defense – aka DOD – has many responsibilities, most of which focus overseas. However, aside from guarding military bases throughout the nation, the agency is tasked with protecting the home front’s citizens. How many are aware of this domestic-oriented protective mandate? Indeed, homeland security is part and parcel, much of which is centered around Islamic terror plots inside America, at least since 9/11/01. So think of the DOD as the umbrella of umbrellas to the nation’s security. The capo di tutti capi. RESULTANT, the one who leads the charge is of grave import, as is the POTUS from whom he takes his marching orders. In this regard, President-elect Trump’s USMC pickfor DOD couldn’t send a stronger message, to both domestic and foreign enemies and friends alike, yes, we have your back(s)! Mind you, it is not necessary to agree with all of the positions of this USMC warrior among warriors, but to appreciate what he brings to the national table on an overall basis. Indeed, an America which leads from the front, as opposed to “from behind”, is the only thing standing between the west’s disintegration. Incontestably….

LO and behold, keep in mind the following underlying caveat: the “do nothing” Congress, the Brotherhood infested FED apparatus alike, understands that President-elect Trump will chew them up and spit them out, once his inauguration takes place. Thus, they are scrambling….

The government suspended naturalization ceremonies and banned officers from approving any new applications for citizenship earlier this week after realizing its background check system was broken and ineligible people may have been slipping through, a key congressman revealed Friday.

House Judiciary Committee Chairman Bob Goodlatte, whose office was tipped off to the monumental error, said he was stunned by the problem — and also by the fact that the administration never bothered to inform him of it.

In the internal email Mr. Goodlatte obtained, the associate director at U.S. Citizenship and Immigration Services ordered all officers “not to approve or oath any naturalization cases in ELIS,” referring to the Electronic Immigration System that’s the case management system for processing applications.

FBI name checks are a critical part of the application process, giving immigration officers a look at potential criminal histories or other national security red flags that would make someone ineligible for citizenship….continue reading the rest of the horror show…the national betrayal….

ENTER, “Mad Dog” Mattis….the kind of guy yours truly wants at the helm!

AND as a fitting intro into his worldview and mindset, as to why he earned his stellar nickname, its basis should give many pause. This includes those who infect the nation from deep inside Washington’s bowels, to assorted domestic enemies, and all the way to foreign theaters across the globe. Oh, dedicated readers already know that the manner in which he got it was music to these ears. Onto the specifics….yippee!

He earned the “Mad Dog Mattis” handle as a battlefield commander in Iraq when he said: “If you f-k with me, I’ll kill you all.”

“Mad Dog” Mattis has a legendary status among Marines for his reputation as a warfighter. He’s also among the most quotable people alive.

When the Marines arrived in Iraq in 2003, Mattis advised them in a speech: “Be polite, be professional, but have a plan to kill everybody you meet.”

SO it is particularly disturbing and galling that with all the OVERWHELMING evidence pointing in the “migrant” aka “refugee” direction – coupled with incessant “harping” from this Muslim Brotherhood expert – Frau Merkel still has the audacity to finger-wag toward President Trump: your condemnation of Europe’s “migration” policy is a “declaration of war”!

Crazy is as crazy does.

EVEN so, before we segue to Merkel’s “condemnation” and condescension of President Trump, a little background info is in order.

AMERICANS may not be paying too much attention to what is going on in Europe, but that would be a big mistake. A grave error.

THE bottom line is that even though American patriots are of a hardier stock than a preponderance of Europe’s so-called nationalists, the fact remains that HUSSEIN Obama is working hand-in-glove with Merkel, Germany’s communist-socialist infused leader. Simply put, she is his ideological twin.

RESULTANT, don’t underestimate their kinship, and what it portends for the onslaught of Islam’s imperialist invaders into America and Europe!

IN light of the impending nightmare, how outrageous is it to find out that Merkel is DIRECTLY threatening leaders with war – if they persist in their struggle to save their nations from Islam’s imperialist invaders – as the only other alternative? Rhetorical. Besides, where is it written that a nation has to commit suicide upon the altar of whatever agenda was contrived decades ago (via Eurabia), despite its out-sized failure? Moreover, aside from that which was heretofore under the radar, what else is going on?

WELL, in answer to the above questions, its basis was duly demonstrated on Sept. 30, 2015 via “Facebook Colluding With Communist Infused Merkel: Negative Posts Re “Refugees” Censored”:

THERE is little but spitting distance between history’s right-wing fascist leaders and their counterparts on the left. Both are hell-bent on imposing their iron-fisted will, and they brook NO dissent. That is that. Moreover, Islamist leaders feel very much at home within both spheres, in so far as totalitarian ethos is their commonality with each spectrum, irrespective of religious (or the lack thereof) gaps.

NOW, as is said, this is where the rubber meets the road, when it comes to Germany’s Chancellor Angela Merkel. Ominously, many are clueless about her anti-western background. However, thankfully, cracks are opening up. How so?

WELL, illustrative, let’s take the case of a born and bred country fella (personally, find them refreshing, as opposed to the metrosexual type, but let’s not digress) to bring a basic example to the fore, one who spent the first 40 years of his life on a farm. Yet, later on in life, he lands in a cosmopolitan city, only to change his entire outward appearance to throw off his country boy background. Alas, would said makeover fool those closest to him? Of course not. Extrapolating further, steroid-like, Merkel (until her mid-years in the early 1990’s, she is currently 61 years old) was (likely, still is) a well-connected part of the communist apparatus. This is a historical fact. How many are aware of her actual background, both familial and personal? Didn’t think so.

A new biography covering Chancellor Angela Merkel’s life in East Germany has caused a stir by suggesting she was closer to the communist apparatus and its ideology than previously thought.…continue reading…

BACK to communist and Islamist infused Merkel’s “declaration”, in tow with like-minded Euro globalists!

STILL yet, not to belabor the obvious, there are certain folks (read: yours truly) who would rather eat dirt than succumb to the boot of another’s dictates. And this is exponentially more the case when said pressure comes from Allah’s Muslim Terrorists, their leftist compadres, or a combination thereof! Never and never.

BUT not to veer too far off course, don’t think for a second that this strength of character (when exhibited in women) is only appreciated by like-minded professionals for “getting the job done” – as understandable as that is. Hardly.

IN reality, not to get too personal, there is a “special” someone who views this attribute as highly attractive – endearing alike!

CONCOMITANTLY, is it any wonder that highly principled and action-oriented men resonate most within these pages? 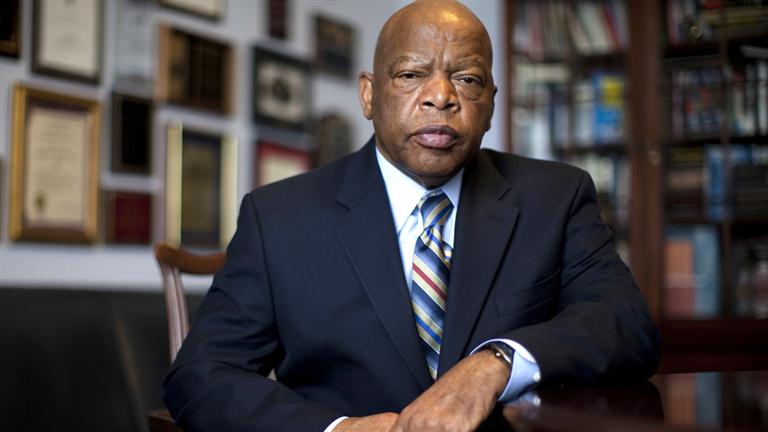 John Lewis becomes threat to US democracy, says Trump not a legitimate president