Liberalism, as I’ve repeatedly said since February 2011, is an ideology of rage and hate.  Double that for liberals who run the “entertainment” establishment.  On Tuesday, Newsbusters reported that Fox’s Satan-inspired crime drama Lucifer is ready to put President-elect Donald Trump in the “tyrant wing in Hell.”

On Monday night’s episode “Trip to Stabby Town,” Lucifer’s (Tom Ellis) therapist Linda (Rachael Harris), who was recently given proof that Lucifer is in fact really Satan, has a bunch of questions, like, “How did you actually torture Hitler in Hell? I mean, is his cell next to Idi Amin’s? Or Mussolini’s? Or is there kind of a tyrant wing in Hell?” but Lucifer doesn’t want to talk about it at first.

When Lucifer is finally ready to discuss who is in Hell, he names Trump, along with Caligula and Stalin, and says even though Trump’s not dead yet, “he’s definitely going” to Hell.

How sick is this?

Sadly, it’s the kind of deranged hatred we’ve seen from the left ever since Trump won the election.

Let’s call it what it is: Trump Derangement Syndrome.  Because you know they would never, ever do this to Hillary Clinton.

Note to liberals: Trump’s not dead and no, you don’t get to decide who goes to hell. 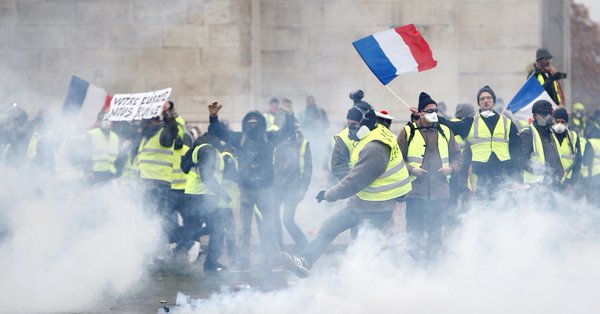