Oh, this keeps getting better: Former Obama official admits she lied about having evidence of Russian collusion.

Former Obama administration defense official Evelyn Farkas testified under oath that she lied during an MSNBC interview when she claimed to have evidence of alleged collusion, a newly declassified congressional transcript of her testimony shows. Farkas testified before the House Permanent Select Committee on Intelligence on June 26, 2017, as part of the committee’s investigation into Russian interference in the 2016 presidential election between Donald Trump and former Secretary of State Hillary Clinton.

You all know this. It doesn’t even have to apply to a political situation. When someone tells a lie, and that lie is exposed, it all falls apart. Whether it be the Ponzi scheme Bernie Madoff or the Trump-Russia collusion myth, things are quickly and rapidly falling apart for this manufactured lie that engulfed the country since the 2016 election. Everyone who isn’t Trump deranged knew this was a pile of crap. How many “bombshells” have there been? How many have turned out to be nothing burgers, not even lasting 36 hours in the news cycle because there was never solid evidence to prove such a conspiracy? This is what happens when the entire myth was based on a political opposition research document—the Trump dossier—which was compiled by an ex-MI6 spook Christopher Steele, whose anti-Trump efforts were funded by Democrats and the Hillary Clinton campaign. It was probably never vetted by the FBI, given the glaring errors in it, and it was used as credible evidence to secure a spy warrant against Carter Page, a former Trump campaign official. It was biased political propaganda. This collusion delusion was already debunked in the original Mueller report, which said there was no evidence of Trump-Russia collusion and shredded what was left of the unverified Trump dossier. The Department of Justice Inspector General’s report on the FISA abuses during the Obama administration also took a tomahawk to the dossier. The core of this collusion myth was already dead, but with the exoneration of Michael Flynn, President Trump’s former national security adviser, more pieces are falling off this dead collusion carcass. More

It’s all beginning to unravel. 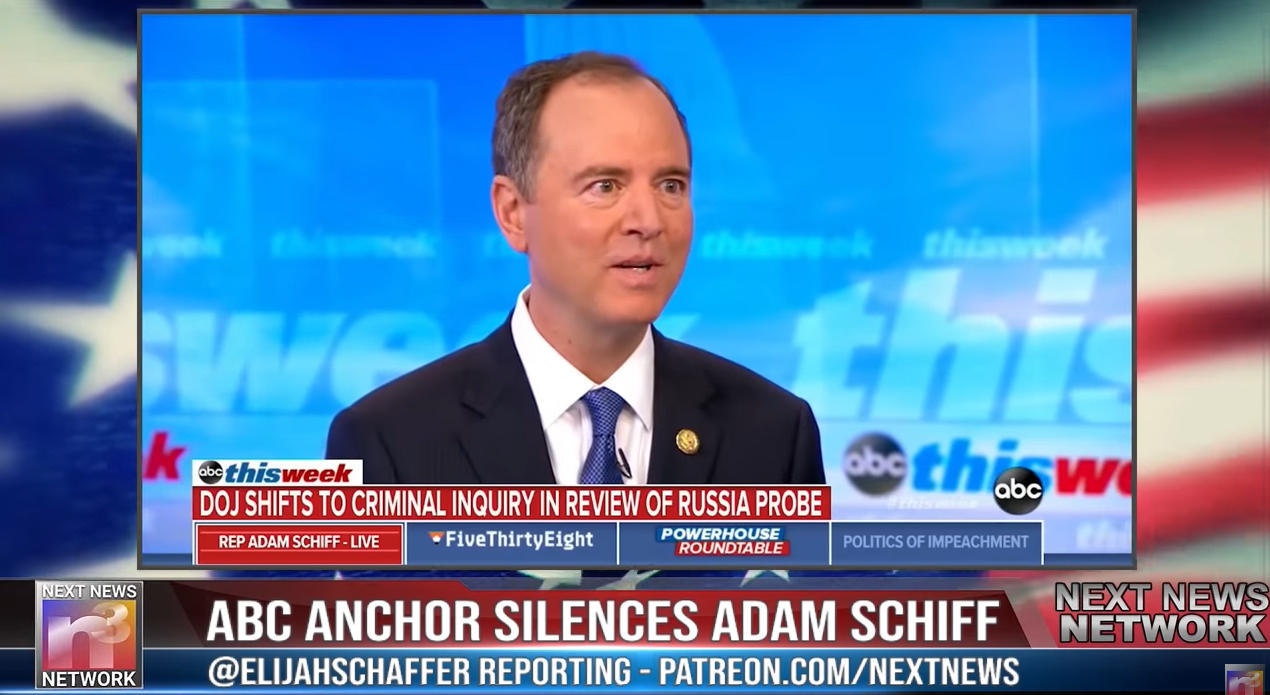 ABC Anchor SHREDS Adam Schiff After He Spews More Lies: “You have no evidence of that yet whatsoever”