Big Tech giants want to knock down the Bully Pulpit of the Leader of the Free World.

Peter Greenberger, a former Big Tech executive who worked for both Google and Twitter, thinks that social media platforms should silence the President of the United States until after the November 3 Presidential election.

In a highly biased 3 3/4-minute segment on CNN’s The Lead with Jake Tapper, Greenberger spoke about silencing the President of the United States.

TAPPER: In our Tech Lead today, as President Trump continues to use Twitter as a platform for all sorts of wild charges and deranged conspiracy theories, and misinformation about voting, one former tech executive is now saying that it’s time for social media platforms to mute President Trump, at least until after the election. Joining us now is that former tech exec, Peter Greenberger. Peter launched and led the political advertising teams at both Google and Twitter. Ah, Peter, good to see you. You say that Trump should be silenced on both platforms until the winner of the election is determined. That’s a pretty extreme suggestion. Why do you say that?

GREENBERGER: I agree it is. I think extreme times demand extreme suggestions. I did not come to this opinion lightly. I believe that the tech companies generally have a responsibility to be neutral. I think in the case of Twitter specifically, it has been a great champion of the democratization of information as well as a strong supporter of freedom of expression. However, we are in a unique, and, I believe, a fraught moment in time with a President who is desperate and he’s facing a very difficult situation. I think the time is to mute the president, temporarily, while votes are being cast right now and until the winner is decided.

TAPPER: Well, in President Trump’s defense, he’s been pushing all sorts of lies and smears and conspiracy theories for years. I mean, literally, he burst onto the political scene pushing the racist, Birther theory, and the American people elected him. It was an Electoral vote victory, not a popular vote, but he still won fair and square. Does that not suggest a certain desire of the American people to allow this kind of unhinged nonsense and lies and deranged conspiracy theories and they’re okay with it.

GREENBERGER: As you say, he’s been a reckless poster on Twitter, on Facebook, and other platforms for the duration of his time in office and ever since he came down the golden escalator at Trump Tower. However, it’s time, I believe, that Twitter hold him accountable to the same terms and conditions — the same rules of the road that every other user is subject to. They have been wrestling with and tying themselves up in pretzels in an effort to try and accommodate the President. They’ve taken some very laudable steps, they were the first, in fact, to start labeling some of the President’s tweets as misinformation. I think that was a very bold, important move. And they’ve gone so far as today, I believe, turning off some of the key engagement features of the platform in order to slow down the cause of this misinformation. However, what I would note is that, according to a recent Harvard study, the leading progenigators[sic] of false information come from the top. It’s coming from President Donald Trump and leading conservative voices that add that echo him. If that’s where the misinformation is coming from — this is not coming from the dark corners of the dark web or social media, it’s coming from the President. So, perhaps it’s time to muffle the President while we’re in this sensitive time.

TAPPER: Well, President Trump has warned tech companies he’s, quote, watching them very closely during this election cycle as his administration has proposed stripping platforms of long-held legal protections such as liability for the content they publish or block. Now, if Trump wins reelection, do you think he might actually go forward with that?

GREENBERGER: This is not an easy decision, and I agree. Certainly, the eyes of Trump are on Twitter, as are his most ardent supporters, but so is history. I think that this is something that Twitter and some of the other platforms have to consider very carefully. This is again, not a normal situation. They have terms and conditions in place, and these are the sort of — this is the reason that they have terms and conditions so that they can make these calls more easily.

He adds, it may be time "to mute the President — temporarily — while votes are being cast right now and until the winner is decided." pic.twitter.com/QwdDenxiHo

It’s outrageous that these two are openly discussing censoring the President of the United States two weeks shy of an election and that it’s a completely reasonable — though extreme — suggestion to them.

In 2020, social media platforms are the public square. Sure, Trump can still have his rallies, but many news stations aren’t carrying those, and if they cover them, they’re spliced and chopped and editorialized beyond recognition.

The same can be said of his addresses, — including the State of the Union — that are often editorialized into oblivion immediately following.

With our biased media, the President has essentially lost his Bully Pulpit, and his work-around was social media.

Now, there’s an open discussion between a lefty and a journo to take that away, too.

We shouldn’t be surprised that Big Tech isn’t so keen on the concept of the “Bully Pulpit.” After all, they’re the new Arbiters of Truth™.

The term “Bully Pulpit” was coined by Theodore Roosevelt.

Bully pulpit comes from the 26th U.S. President, Theodore Roosevelt, who observed that the White House was a bully pulpit. For Roosevelt, bully was an adjective meaning “excellent” or “first-rate”—not the noun bully (“a blustering, browbeating person”) that’s so common today. Roosevelt understood the modern presidency’s power of persuasion and recognized that it gave the incumbent the opportunity to exhort, instruct, or inspire. He took full advantage of his bully pulpit, speaking out about the danger of monopolies, the nation’s growing role as a world power, and other issues important to him. Since the 1970s, bully pulpit has been used as a term for an office—especially a political office—that provides one with the opportunity to share one’s views.

Teddy was the Republican Roosevelt, who was criticized for inviting Booker T. Washington for dinner at the White House to eat as equals, rather than the Democrat Roosevelt that was responsible for forcing Japanese Americans into concentration camps, author of the disastrous New Deal, and wanted to pack the Supreme Court.

You can see why the commies in Big Tech would prefer FDR to Teddy.

And they’re keen on silencing the President because it’s Trump that is the real danger, not the people that want to do the silencing.

If they silence the President of the United States, you know what comes next, right? 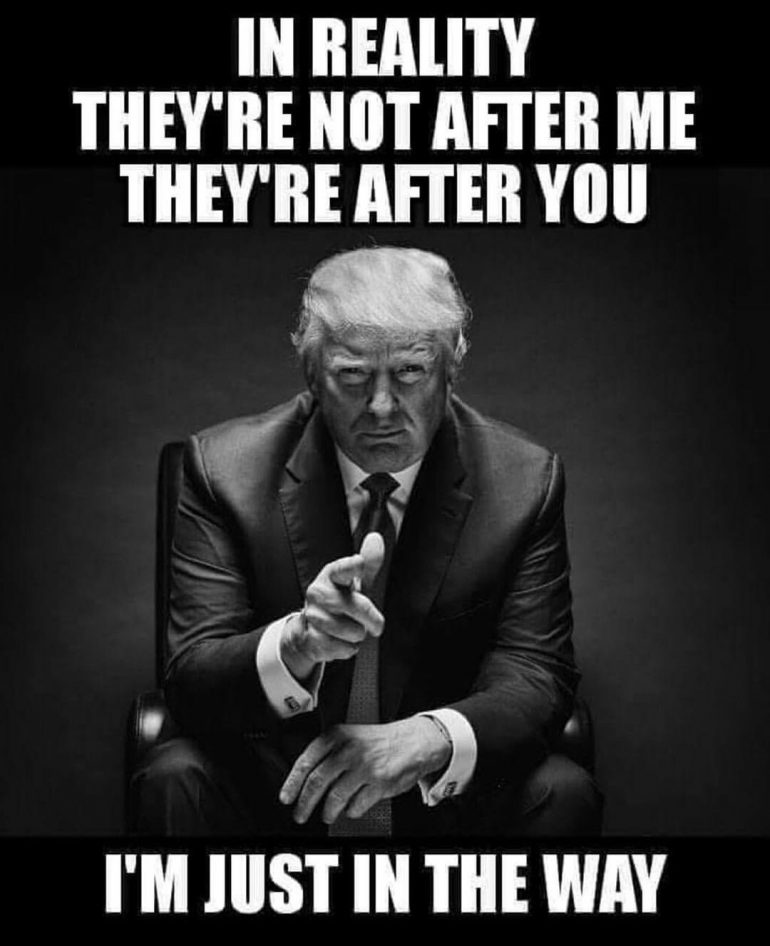 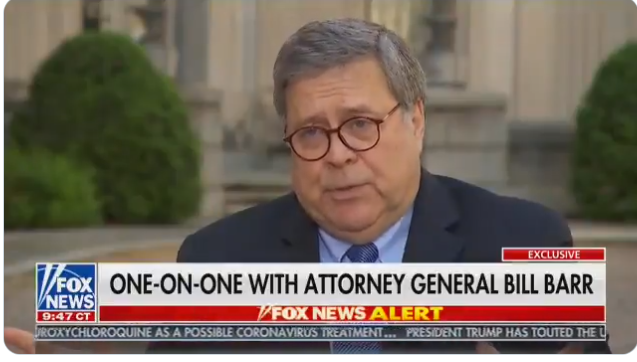 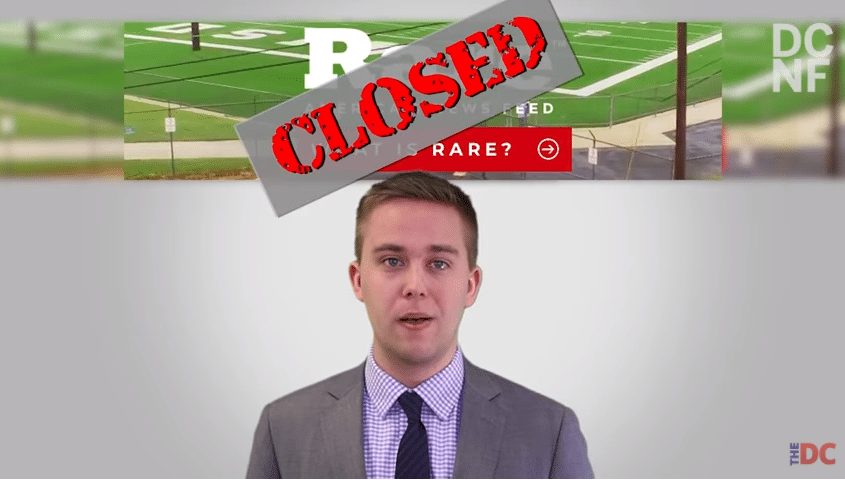 Video of the Day: Facebook’s Zuckerberg says no bias while putting conservatives out of business 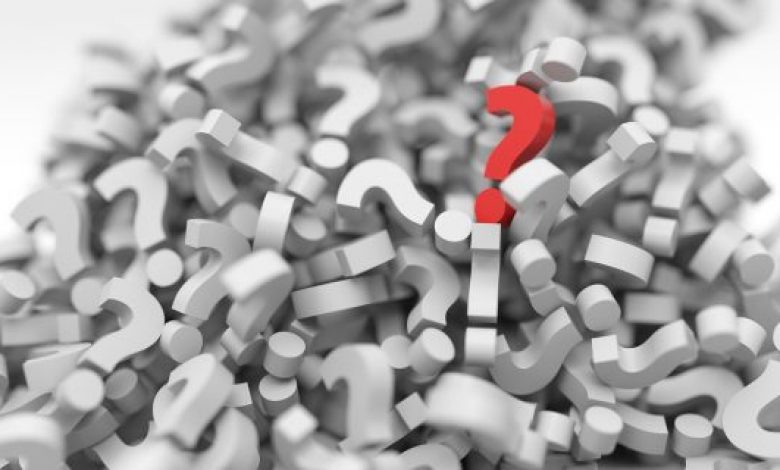