The actions of a legally-armed private citizen who fatally shot a man Monday who was savagely beating a Lee County sheriff’s deputy were publicly noted with appreciation Tuesday by Sheriff Mike Scott in a statement that confirmed the Good Samaritan “stopped the imminent threat of great bodily harm or death to our Deputy.”

The dead man has been identified as Edward Strother. According to WFTX in Fort Myers, “Strother at the time had an active misdemeanor arrest warrant for Failure to Appear on a Battery charge in Florida. He had no felony convictions.”

Here’s the sheriff’s statement, as quoted by WFTX:

“The multiple egregious acts of aggression toward Law Enforcement Officers across this country over the recent past have taken us all by surprise. Just this last weekend four (4) Law Enforcement Officers lost their lives to deadly attacks.
Deputy Dean Bardes faced a similar set of circumstances on the morning of November 14, 2016.  After a short vehicle pursuit Dean found himself in the fight of his life as he served to preserve the peace and dignity of this fine community.  At the end of the pursuit Dean was viciously attacked by the motorist he just stopped.
During this brutal confrontation Dean sustained physical injuries which he will recover from. I appreciate Dean’s courage, and I pray for his full recovery.
I want to thank the many motorists who offered themselves as eyewitnesses.  My deepest and sincere appreciation goes to the citizen who engaged the crazed assailant and stopped the imminent threat of great bodily harm or death to our Deputy.”

The station reported that Strother allegedly tried to hit Deputy Dean Bardes with his car as Bardes was investigating a traffic accident on I-75. Bardes quickly gave chase as Strother’s vehicle traveled at high speed down the freeway to an exit ramp where the fatal confrontation occurred.

WZVN News quoted one witness, identified as Shanta Holditch, who stated that the attacker pulled the deputy out of his patrol car, “throwing him to the ground and punching him in all different directions.” When the unidentified armed citizen ran up and order the suspect to stop his attack, Holditch explained, the suspect “refused to get off the officer and the officer kept yelling, ‘shoot him, shoot him, shoot him,’ and then he shot him. I think approximately three shots were heard.”

An on-line website, Blue Lives Matter, had this observation: “The investigation is continuing but reveals how important it is to have great citizens out there who care enough about their Law Enforcement Officer to put themselves at risk in protecting them. [The deputy] was transported to the hospital and is expected to make a full recovery.”

The Good Samaritan, who wishes to remain anonymous, is not the only armed citizen who ever came to the aid of a lawman.

In July 2012, a gunman named Charles Ronald Conner killed two neighbors in a Texas trailer park, after which Early, Texas Police Sgt. Steven Means responded and came under fire from Conner, who was armed with a rifle. Pinned down, Means returned fire, but it was another neighbor, 66-year-old Vic Stacy, who grabbed a .357 Magnum revolver and shot Conner four times from a distance of about 150 feet, according to the account at PoliceOne. Conner fired back at Stacy, but Sgt. Means shot the gunman twice more, ending the battle.

Anti-gunners frequently push gun control legislation by arguing that “if it saves just one life.” They are invariably silent when a legally-armed citizen saves a life because they have a gun. 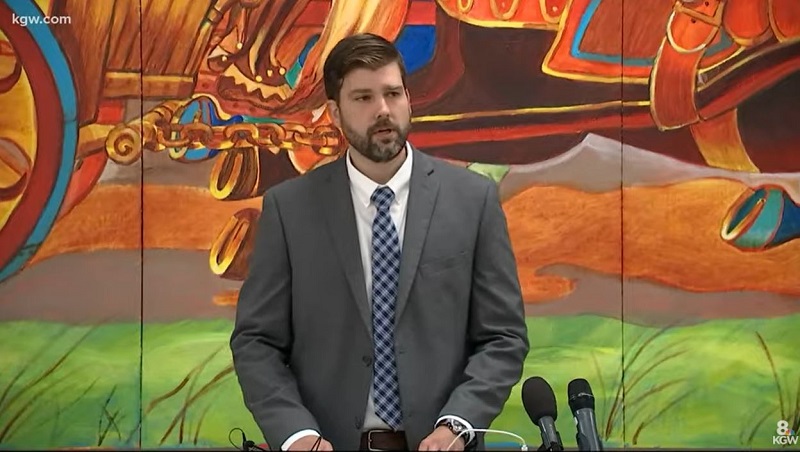