Yet again, a Good Samaritan with a gun stops the commission of a crime by a bad guy with a weapon. Florida gun owner Edwin Sullivan, taking advantage of rights recognized under a new law enacted in that state, witnessed an attempt by a knife-wielding thug to commit a violent crime, and fired a warning shot to stop the crime. The attacker froze and this saved the life of the would-be victim, and stopped a violent crime from happening. Once again, a citizen with a gun stops a crime.

Sullivan’s actions are legal under a new state law passed in Florida called the “Threatened Use of Force” law. The Herald-Tribute, reporting this story, describes that law as one that , “allows an armed citizen to display, or point, their defensive firearm at an assailant without criminal charges, assuming the threatened use of force is justifiable.” The law also allows the citizen to fire a warning shot, as Sullivan did, if needed to stop the commission of a crime.

For every single irresponsible and criminal misuse of firearms, which are always trumpeted in the media to make the case for more restrictions on the right to keep and bear arms, there are numerous stories of citizens like Sullivan who use their guns to prevent the commission of crimes, defending themselves and others against criminals using weapons to engage in crimes. Guns in the hands of law-abiding citizens save lives and prevent crimes. Ironically, every gun control measure advocates by those who want to limit gun rights, only limits the rights of law-abiding citizens to have guns. No gun control law has prevented the actions of criminals who use guns in their crimes. 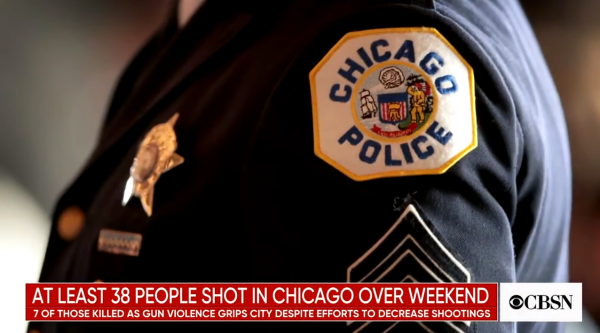