Call it a fitting legacy for the current occupant of 1600 Pennsylvania Avenue.  On Thursday, Popular Science reported that a newly-discovered parasitic worm was named after President Barack Obama.

According to Popular Science:

A new species of blood fluke was found infecting the lungs of turtles in Malaysia. This parasitic flatworm has been dubbed Baracktrema obamai, in honor of the President of the United States (who is the fifth cousin twice removed of one of the discovering scientists).

B. obamai is described in the August issue of the Journal of Parasitology as having a long, thread-like body. So far, it’s shown up in two freshwater turtles, the black marsh turtle (Siebenrockiella crassicollis) and southeast Asian box turtle (Cuora amboinensis).

The scientists found clusters of tens to hundreds of fluke eggs in the turtles’ lung alveoli, the tiny sacs where blood receives oxygen and gets rid of carbon dioxide. How these eggs get outside to hatch and infect new hosts isn’t clear, although making the turtles cough is probably involved. 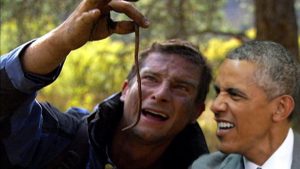 NPR Mocks Capitalism, But Is More Than Happy to Take Massive Chunk of Money from Corporations
June 13th, 2021 Flag And Cross