‘The fight ain’t over.”
– Al Sharpton’s words upon hearing the NO indictment grand jury decision

To invite Sharpton and other ‘so-called’ civil rights leaders to discuss race relations and police attitudes towards ‘people of color’ without local Ferguson police representation being present feeds into the black perceived mistrust that ‘supposedly’ exists between law enforcement and black communities…communities where facts show most violent crimes occur and where police presence is needed the most. And this has led Obama to declare that he will be now demand…YES demand…from Congress that they ‘redirect’ $263 million of our taxpayer dollars (probably ordering the dollars be taken away from our military knowing him) to ‘retrain’ the Ferguson police, to put 50,000 body-worn cameras in U.S. police departments across the country (to limit distrust between police and criminal suspects following physical encounters or so he claims), as well as to train local cops to better use surplus military equipment now in their possession.

And he’s doing all this while completely ignoring the fact that it’s his very own self-claimed ‘black brothers’ in the street…isn’t it always as when was the last time you ever saw whites rioting or looting…along with the media that selectively chooses to ignore their true actions…that need ‘retraining’ NOT the police.

And ‘retraining’ puts it mildly if you know what I mean.

$263 million to ‘retrain’ the police while the Oathkeepers are in Ferguson protecting businesses and citizens because all this political correctness crap about racial profiling and such, along with ‘orders’ to NOT engage the protesters handed down by the racist AG Eric Holder, has tied the Ferguson police department’s hands from doing their jobs…doing their jobs as in following the rule of law as laid down in the Constitution.

Trying to use their First Amendment right of ‘freedom of speech’ to justify all the mayhem that is happening in Ferguson after so NOT liking the decision of the grand jury NOT to indict Officer Darren Wilson in the justifiable shooting death of 18-year old thug and criminal Michael Brown, these anything but peaceful protesters claim the Constitution protects their right to do what they’re doing…as in rioting, looting, stealing, and basically burning the city to the ground.

Feeding off the violence-inciting words of the dead thug’s thug of a stepfather or should I say mother’s boyfriend, Louis Head, who upon hearing the decision called for his ‘bros’ to “Burn this motherf—er down” and “Burn the b*tch down,” these ‘animals’…have to call them what they are you know…then acted upon his words… acted upon the words of this twice convicted drug dealer who spent five years in the St. Louis penitentiary. And in the very act of speaking those vile words…of yelling them in a heated out-of-control frenzy…the man who called for violence violated his own parole…meaning his sorry butt needs to be arrested and hauled back into jail like right now. NO waiting around is needed for Lt. Governor Peter Kinder to investigate Head’s words as a possible First Amendment violation, because I can save him time and tell him right here and now that they are indeed a violation for his words posed ‘a clear and present danger’ to the citizens and businesses of Ferguson.

And while proponents of free speech along with the race-baiters are claiming that Louis Head had a First Amendment right to say those words NO matter the outcome of said words, the fact is that the Constitution does NOT grant ‘absolute immunity’ to those who would abuse the freedom of speech to incite violence, especially in regards to the concept of ‘clear and present danger.’ And that very concept has been ruled and adapted by the Supreme Court (Brandenburg v. Ohio, 1969) to determine under what circumstances limits can be placed on First Amendment freedoms of speech, press, or assembly. And under the ‘imminent lawless action test’ speech NOT protected by the First Amendment is speech or in this case words…the words of Louis Head…that were intended to incite or produce a violation of the law that is both imminent and likely.  And all one has to do is look at Ferguson to see just how imminent and likely his vile words were.

Louis Head…thug and convicted felon that he is…knew damn well what the outcome of his words would be as soon as they spewed forth from his disgusting mouth thus negating any protection he might have had under the First Amendment and so becomes a direct violation of his parole.

And Al Sharpton himself is as guilty of inciting violence as is Louis Head. Obama’s chief cohort in instigating a racial divide in this county…the man who has $4.5 million in state and federal tax liens placed against him and his businesses…always puts himself dead center of any national racial controversy…after all race-baiting is big business and he could use the money to pay off above said debt.

Remember, Al Sharpton was the one stirring up trouble even before Louis Head opened up his big mouth with his insinuating that the Ferguson protesters could…might…probably will…become violent if Wilson was NOT indicted. And for all intents and purposes this was Sharpton’s attempt to sway…to blackmail…the grand jury into sending an innocent man to trial simply because he was white, and in doing so hoping to stop the ‘animals’ from doing what they pledged to do NO matter the verdict. And last time I checked, blackmail was a felony crime punishable by serious jail time.

What Sharpton did was blackmail…was extortion of sorts…based upon the legal precedence of fear…fear put into the minds of the jury that if they decided in favor of his self-perceived ‘wrong’ that they will be the cause of a city falling victim to violence, economic loss, and additional social stigma. And while Sharpton did NOT actually use the oh-so descriptive words of the like that Louis Head did, he still said what he did to instill fear into the jurors. And even if the jurors did NOT physically feel fear, the law clearly states that it is NOT necessary that a person actually experiences fear, but only that the perpetrator…as in Al Sharpton…intended to cause fear…which he most certainly did.

And as Sharpton now sets out on what I call his cross-country ‘Spread the Hate and Incite Violence Tour’ to stir up the ‘element’ in the inner cities, it becomes obvious that he is being protected…especially from prosecution…by his race-baiting brethren-in-arms AG Eric Holder and Barack HUSSEIN Obama himself.

AG Eric Holder…a racist of the first degree, who like his buddy Sharpton outwardly and publicly refuses to accept the verdict of the grand jury will try and send Darren Wilson to jail anyway he can.

“The Justice Department’s investigation into the shooting death of Michael Brown…remains ongoing and active,” the nation’s highest cop said while now calling for an investigation of Wilson on civil-rights grounds. But this investigation will most likely lead nowhere as the standard for a civil-rights prosecution is extremely high, and with all the evidence presented to the grand jury NOT even resulting in a routine criminal prosecution, there is NO way Holder can reasonably and legally bring such a charge against Darren Wilson.

But with the key word being ‘legally’ and with an administration made up (I believe) of criminals of all sorts…criminals who refuse to honor or accept the Constitution as the law of our land…Holder will try and try again to ‘railroad’ Wilson as he wastes our taxpayer dollars to do so for his hatred of anybody white…NO matter their innocence…rivals that of Obama’s personal hatred for his white half.

And what of Barack HUSSEIN Obama in all this…while he too refuses to accept the grand jury decision his words and actions are politically tempered so as to try and deflect attention off his racist white-hating self. As a lame-duck president whose only weapon left is his pen and his phone, Obama must tread lightly for fear of alienating what’s left of his party’s faithful…a party that is slowly but surely alienating itself away from his traitorous, America-hating politics and policies.

Hiding behind his now called-for task force to investigate and remedy police actions like those that happened in Ferguson…NOT that they need remedying…the political fallout on Obama will add to his grief as the simple fact remains that while for the most part ‘you can take the boy out of the ghetto you cannot take the ghetto out of the boy,’ and Obama’s ghetto actions in his words to the rioters to “stay the course” say more than anything I ever could. 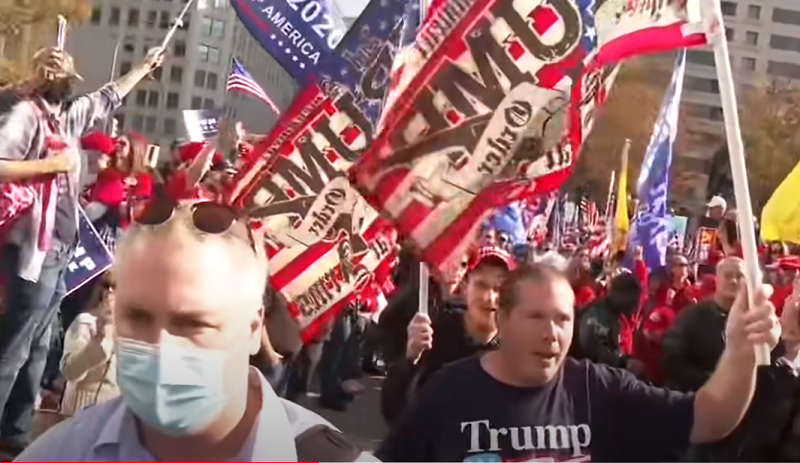 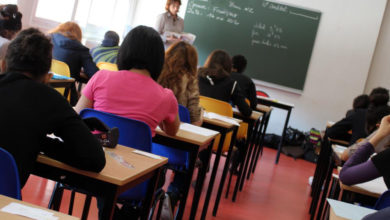