A report in the Seattle Times that included a federal judge’s remarks from the bench about the percentage of blacks shot by police raises a prickly question: Was he wrong?

Maybe so, if one pays attention to statistics that appeared in the Washington Post last month.

According to the Times, U.S. District Judge James Robart ended a hearing on Seattle police reforms by asserting that a statistic showed that nationally, “41 percent of the shootings by police were of blacks, when they represent 20 percent of the population.”

Seattle Times reporter Steve Miletich told CFL that the judge didn’t cite the source of his statistic. It may have come from a Dec. 22, 2015 piece that appeared in the Huffington Post. This article referred to data from “Campaign Zero,” an advocacy group. According to the HuffPo:

“Law enforcement officers have killed at least 1,152 people since January 1 (2015), according to Campaign Zero’s report. The data also found that police departments in America’s 60 largest cities were responsible for around 25 percent of these deaths and that black people accounted for 41 percent of those killed, despite only comprising 20 percent of the population in those jurisdictions. In addition, 14 of these departments only killed black people this year, while five jurisdictions solely killed white people.”

But Heather MacDonald, a Thomas W. Smith Fellow at the Manhattan Institute and contributing editor of City Journal, noted something quite different in the Washington Post’s popular Volokh Conspiracy blog on July 18:

This came a week after another WaPo piece, written by Wesley Lowery, noted that the newspaper had “launched a real-time database to track fatal police shootings, and the project continues this year.” And what did the Post find, according to Lowery?

That’s not anywhere near the 41 percent claimed by Judge Robart, a 2003 George W. Bush nominee.

Lowery then juggled the statistics and came up with this:

“According to the most recent census data, there are nearly 160 million more white people in America than there are black people. White people make up roughly 62 percent of the U.S. population but only about 49 percent of those who are killed by police officers. African Americans, however, account for 24 percent of those fatally shot and killed by the police despite being just 13 percent of the U.S. population. As The Post noted in a new analysis published last week, that means black Americans are 2.5 times as likely as white Americans to be shot and killed by police officers.”

A check of the WaPo’s real-time database Wednesday morning revealed the current body count at 591. Of those, according to the newspaper’s numbers, 274 were white, 149 were black, 91 were Hispanic, 52 were “unknown” and 25 were “other,” whatever that means.

So, what’s the bottom line? Presumably that depends upon whose data one accepts, and how one tinkers with it. Was the judge right or wrong? It depends upon one’s perspective, perhaps.

Speaking of perspective, here’s some: The Chicago Sun-Times has a running body count of all the people murdered in the Windy City this year. The city is approaching 450 homicides so far, 65 in July, alone. Most of those victims were black, and according to the newspaper, it appears most of the suspects are also black. 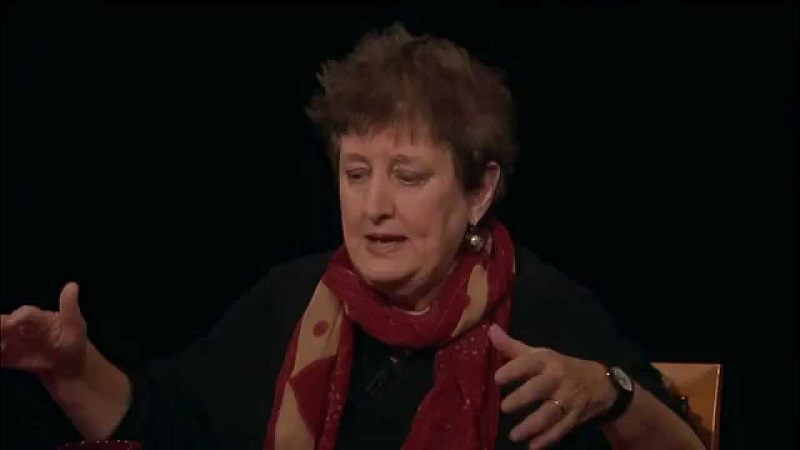 Liberal columnist Katha Pollitt: ‘I Would Vote For Joe Biden If He Boiled Babies And Ate Them’