Jordan, the ranking member on the House Judiciary Committee, said in a letter to FBI Director Christopher Wray on Wednesday that the whistleblower alleges the FBI has designated a veteran-led group, American Contingency, a “domestic violent extremism” organization despite the group having been investigated and cleared as a nonthreat by the FBI in 2020. Jordan further accuses the FBI of recharacterizing cases as “domestic violent extremism” to pad its data artificially in order to advance a political narrative.

“Mike Glover is a veteran doing good work out there, but some woke analyst at the FBI says, ‘We’re going to investigate this guy,’” Jordan said on Fox News on Wednesday, referencing the founder of American Contingency.

Jordan went on to say that if you “display the flag, you own a gun, and you voted for Trump, you’re somehow in that category that Joe Biden says are extremist or fascist.”

American Contingency’s website says the group is dedicated to “fostering a network of people and teams who are prepared to respond and able to recover from difficult situations,” including aiding communities affected by natural disasters. Glover claims he is a former Green Beret.

Jordan said in the letter to Wray that the FBI deemed American Contingency a potential threat because Glover “exercised his First Amendment right to speak out in protest of the federal government” and appeared to be “rallying individuals to ‘take action.’”

Once again, the FBI proves itself to be the enemy of Americans. 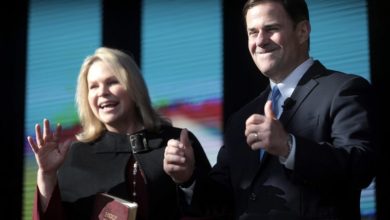