The FBI’s on-again-off-again investigation of Hillary Clinton’s handling of classified information has shaken the presidential race. Now new revelations are coming out about the way that the investigation of the email scandal was handled last spring that shed light on how the normally efficient FBI could have missed 650,000 emails on a computer belonging to the husband of Secretary Clinton’s closest aide.

According to a report in Politico, the FBI never asked for devices used by staffers when Clinton was Secretary of State. The report, based on an anonymous source, said that while agents did try to obtain the computers that were part of Clinton’s private server as well as laptops where Clinton received and reviewed emails, they never made an effort to gather the smartphones and computers that were used by staffers in her State Department office.

“No one was asked for devices by the FBI,” Politico quoted the source, who is familiar with the investigation.

There had been speculation as to why the Huma Abedin, Clinton’s top aide, never turned the computer containing the emails over to the FBI. There had been speculation that Abedin had withheld the computer. Politico reported earlier that Abedin claimed to be unaware of how the emails came to be on her husband’s computer and now it seems that the FBI may have never asked to examine the computer. The email trove was found in a separate investigation of former congressman Anthony Weiner who was allegedly sexting a 15-year-old girl.

Republicans are asking how the FBI could have made such an obvious error. “The more we learn about the FBI’s initial investigation into Secretary Clinton’s unauthorized use of a private email server, the more questions we have about the thoroughness of the investigation and the administration’s conclusion to not prosecute her for mishandling classified information,” Rep. Bob Goodlatte (R-Va.), chairman of the House Judiciary Committee, told Politico.

One possible answer is that there was interference in the investigation. The Wall St. Journal reported last week that a PAC associated with Gov. Terry McAuliffe (D-Va.) gave more than $600,000 in donations and support to the Senate campaign of Dr. Jill McCabe. Jill McCabe is the wife of Andrew McCabe, then an associate deputy director of the FBI. After the McCabe campaign ended in defeat, Andrew McCabe was promoted to deputy director where he an oversight role in the Clinton investigation.

The Wall St. Journal also reported that the FBI had found the new emails in early October and that agents had notified Mr. McCabe, who instructed agents on the two investigations to get together to determine whether the emails were relevant to the Clinton investigation. A decision was made to let the Weiner investigators proceed with their examination of the laptop’s metadata. McCabe apparently did not inform Director Comey at the time.

According to the Journal report, the Department of Justice refused to authorize aggressive investigation techniques such as subpoenas, formal witness interviews or a grand jury. Opinions differ on whether the resistance from the Justice Department was due to lack of compelling evidence presented by the FBI or whether it was present from the beginning of the investigation.

McCabe seems to have been caught in the middle. The Journal article reports a call on Aug. 12 from a “senior Justice Department official” who was unhappy that agents were still pursuing the investigation of the Clinton Foundation in the middle of the campaign. McCabe’s defenders say he asked, “Are you telling me that I need to shut down a validly predicated investigation?” and was answered, “Of course not.”

Opinions differ on whether the call was simply trying to make sure that the FBI remained neutral in the election as longstanding policy dictated, was based on the prosecutor’s opinion that there wasn’t enough evidence to convict or was a move to protect Clinton. Some sources told the Journal that McCabe ordered the investigators to continue with the nonaggressive investigation. Others said that field agents were told to “stand down” based on orders from McCabe.

Whatever the reason, the FBI’s failure to mount a full investigation last year led directly to the Director Comey’s October surprise for the Clinton campaign last week. If Clinton used influence within the Department of Justice to stymie investigators, the sudden reappearance of the FBI investigation may be poetic justice. 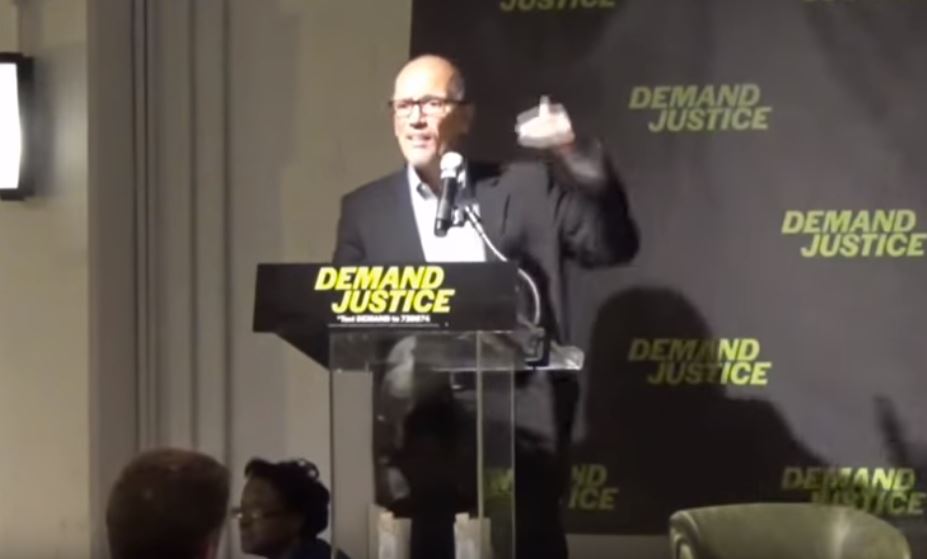