When a police officer is murdered, numerous things happen. Shock, sorrow, and anger all hit at once- particularly in the officer’s own department and departments that work closely together.  In the case of Corporal Ronil Singh, the entire Newman Police department was hurting, including the Stanislaus County Sheriff’s Department.  But when a Stanislaus County Deputy posted a meme stating the fact that the suspect was illegal, his Facebook account was suspended. The post was returned, but the deputy is still suspended for 30 days. 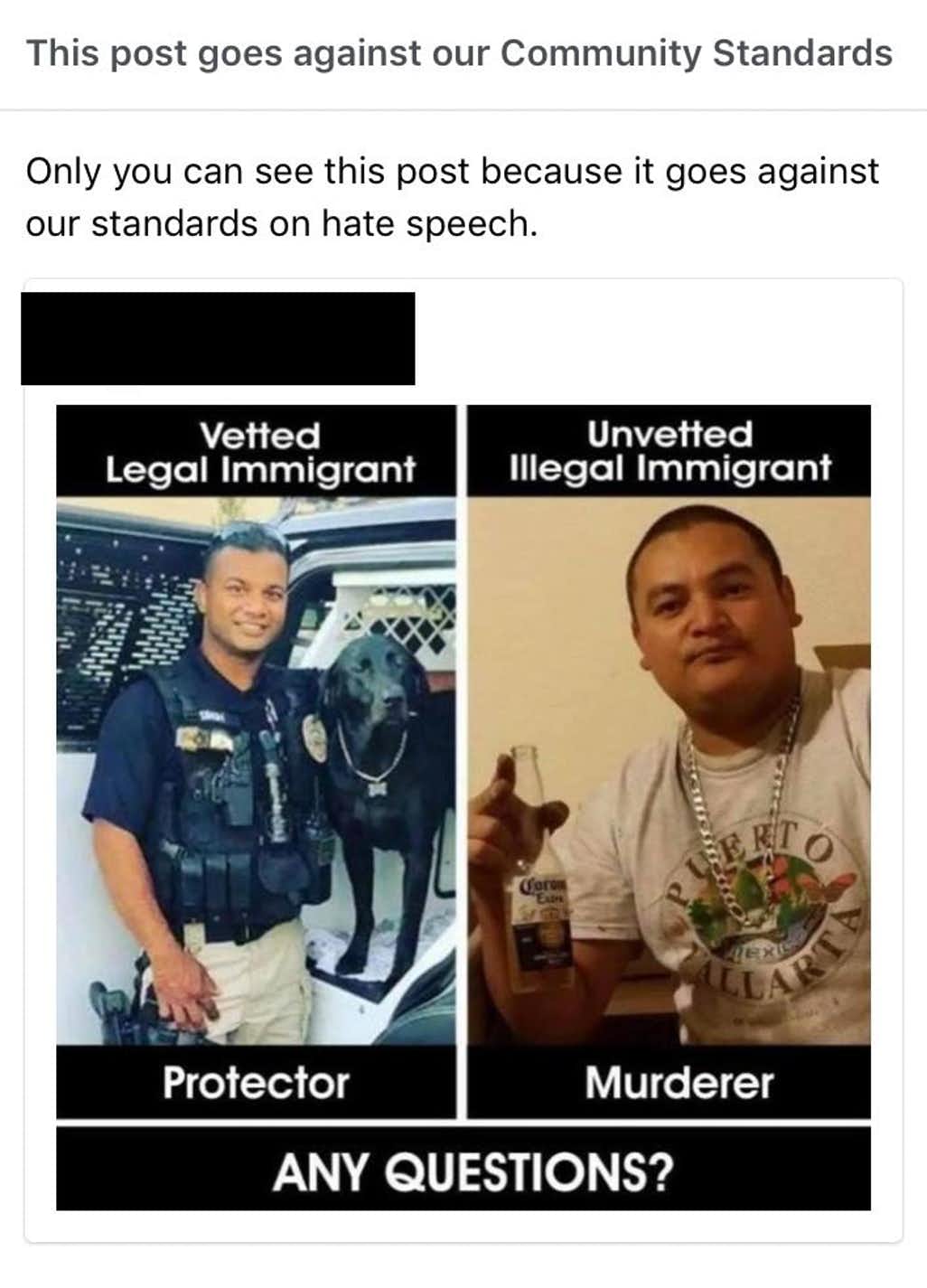 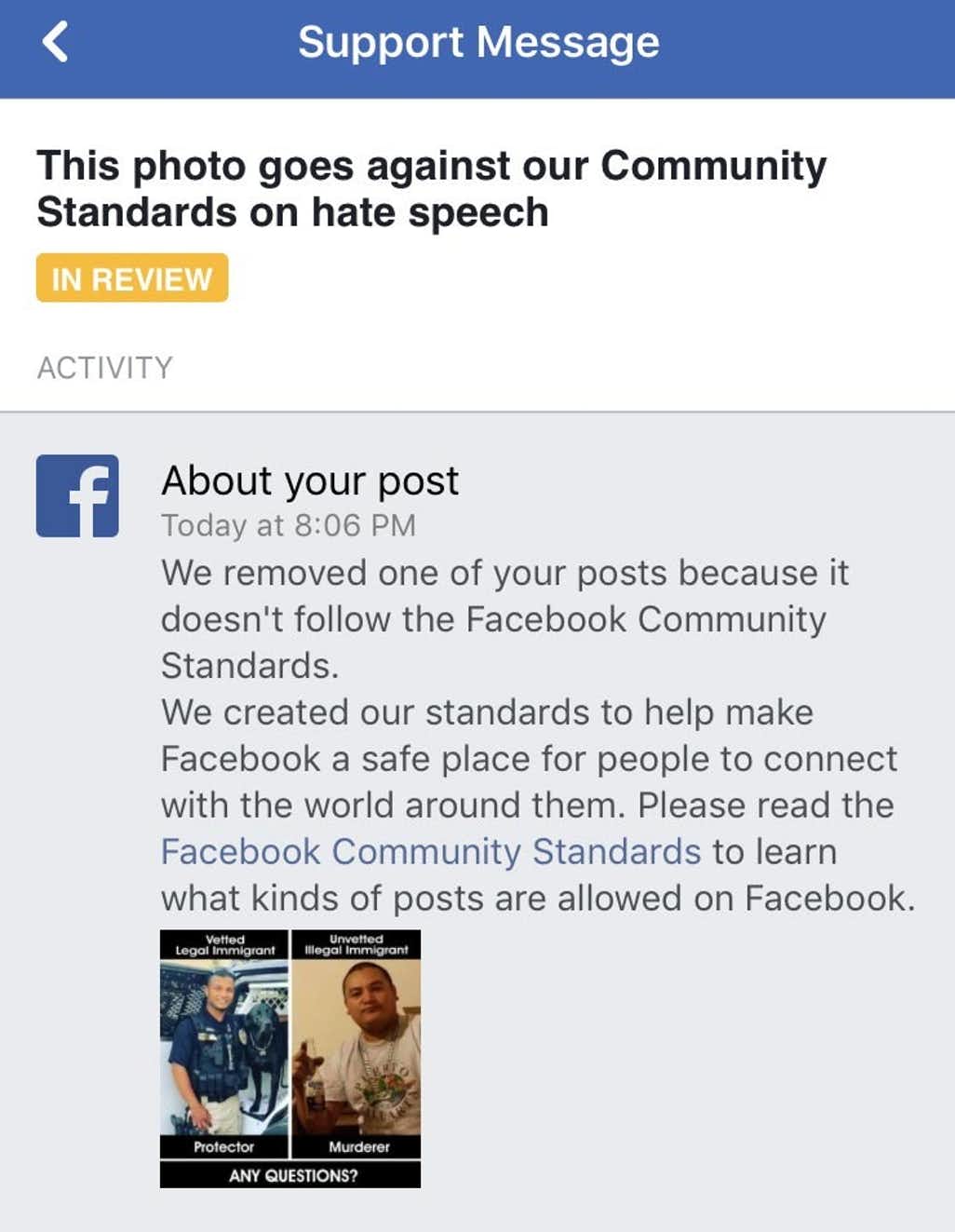 Blue Lives Matter reported on another instance as well,

Facebook user Dana Marie says that she didn’t even post a picture of the killer when she got flagged for “hate speech.” Dana posted images of Corporal Singh and his family, with the text: “This is officer Singh. He was killed by an ILLEGAL ALIEN 5 hours after he took this picture with this beautiful wife, baby and k9! This is precisely why we need to #buildthatwall! RIP hero” 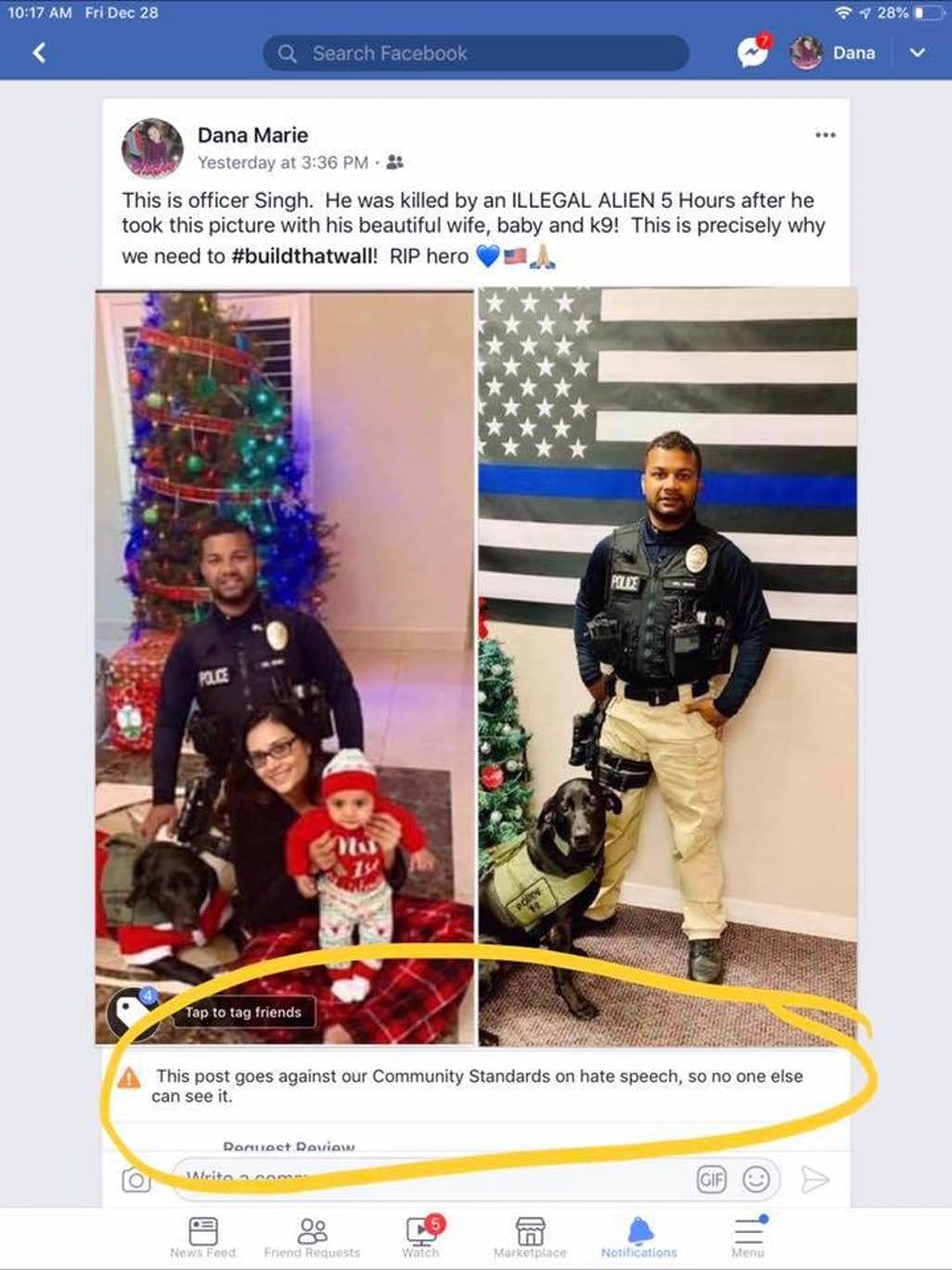 “Illegal alien” is the official term used by the U.S. government since the Reagan administration to describe people who are in the country illegally.

The words “illegal alien” are apparently protected speech by Facebook – and they should not be protected. Cpl Singh’s murder has created a firestorm, and apparently triggered Facebook contractors who sit in a room and have just seconds to decide whether a post violated their complicated rules or not. That’s no excuse for poor policies.

We were advised that the deputy in question has his post restored, exactly the same as ours was restored, with the apology from Facebook that “they got it wrong.” But his account was still suspended for a month. This is happening way too often. Facebook needs to be revamped, and their egregious censorship policies removed. They want a safe environment for people, but they tend to target all the wrong posts.