Operation  Fast and Furious is like the “gift that keeps on giving,” according to a report from Judicial Watch.

Recently-released Justice Department documents revealed that more guns from the Operation Fast and Furious fiasco have been found at Mexican crime scenes. They are still involved in homicides in that country, Judicial Watch reported.

According to the watchdog organization, 94 guns linked to Fast and Furious have been recovered over the past three years. However, that still leaves hundreds of guns that were allowed to “walk” by agents with the Bureau of Alcohol, Tobacco, Firearms and Explosives in the mismanaged sting operation. The recovered guns include 82 rifles and 12 handguns, the report said.

Judicial Watch said guns linked to the operation have been “tied to at least 69 killings” in recent years. That is on top of the estimated 200 slayings that had already occurred in Mexico that reportedly involved Fast and Furious guns.

The documents were obtained by Judicial Watch under a Freedom of Information Act submitted in mid-March. Among the 94 guns mentioned in the documents, 20 were reportedly involved in “violent recoveries” that apparently involved mass murders.

One of those guns was a 7.62mm rifle, recovered at the scene of a mass shooting in which 22 people were killed in Tlatlaya, Estado de Mexico. Two more rifles of the same caliber were recovered at a different gun battle in which a Mexican Federal Police officer and 42 suspected drug cartel members were killed.

A .50-caliber rifle was recovered when police arrested Joaquin “Chapo” Guzman in January, the report said.

“These documents show President Obama’s legacy includes one of gunrunning and violence in Fast and Furious,” Judicial Watch President Tom Fitton stated.  “As the production of documents from the ATF continues, we expect to see even further confirmation of Obama’s disgraced former Attorney General Eric Holder’s prediction that Fast and Furious guns will be used in crimes for years to come.”

Holder was held in Contempt of Congress for failing to comply with subpoenas for thousands of documents relating to the House investigation of Fast and Furious. He is the only sitting attorney general ever found in contempt.

President Obama tried to provide cover for Holder by extending executive privilege to protect the documents, but a federal court decided against the president. 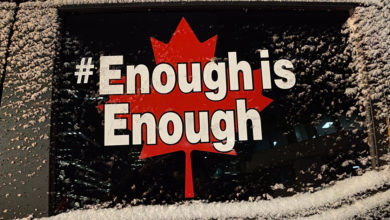