COINCIDENTAL or not, it is absolutely the case: ever since the publication of “BANNED: How Facebook Enables Militant Islamic Jihad ” (Sept. 2016), more and more dirty linen re the dangerous underbelly of Facebook is spilling into the public domain. In other words, its filthy laundry is, currently, on full display! Blowin’ in the wind….

INCREASINGLY, the twin theses of “BANNED” – Facebook’s enabling of Islamic Jihad + censorship of conservatives for the “crime” of daring to voice pro-American/pro-Israel/western support – keep coming to the fore. Resultant, a bull’s eye on the tech giant’s back is growing. But let’s not get ahead of ourselves.

NOT only that, on May 5, 2018 – a mere few weeks after Zuckerberg testified before Congress, indictingly, relative to violations of privacy, censorship, and the rampant use of Facebook by Islamic Jihadis – along comes more substantive proof in support of “BANNED.” The nail in the coffin.

Facebook has helped introduce thousands of Islamic State of Iraq and the Levant (Isil) extremists to one another, via its ‘suggested friends’ feature, it can be revealed.

The social media giant – which is already under fire for failing to remove terrorist material from its platform – is now accused of actively connecting jihadists around the world, allowing them to develop fresh terror networks and even recruit new members to their cause.

Researchers, who analysed the Facebook activities of a thousand Isil supporters in 96 countries, discovered users with radical Islamist sympathies were routinely introduced to one another through the popular ‘suggested friends’ feature.

The site automatically collects a vast amount of personal information about its users, which is then used to target advertisements and also direct people towards others on the network they might wish to connect with.

But without effective checks on what information is being shared, terrorists are able to exploit the site to contact and communicate with sympathisers and supporters.

The extent to which the ‘suggested friend’ feature is helping Isil members on Facebook is highlighted in a new study, the findings of which will be published later this month in an extensive report by the Counter Extremism Project a non profit that has called on tech companies to do more to remove known extremist and terrorist material online.

Gregory Waters, one of the authors of the report, described how he was bombarded by suggestions for pro-Isil friends, after making contact with one active extremist on the site.

Even more concerning was the response his fellow researcher, Robert Postings, got when he clicked on several non-extremist news pages about an Islamist uprising in the Philippines.

Within hours he had been inundated with friend suggestions for dozens of extremists based in that region.

Mr Postings said: “Facebook, in their desire to connect as many people as possible have inadvertently created a system which helps connect extremists and terrorists.”

Once initial introductions are made the failure of Facebook to tackle extremist content on the site means Jihadists can quickly radicalise susceptible targets.

In one example uncovered by the researchers, an Indonesian Isil supporter sent a friend request to a non-Muslim user in New York in March 2017.

During the initial exchange the American user explained that he was not religious , but had an interest in Islam.

Over the following weeks and months the Indonesian user began sending increasingly radical messages and links including pro-Isil propaganda, all of which were liked by his target.

Mr Postings said: “Over a period of six months the [US based user] went from having no clear religion to becoming a radicalised Muslim supporting Isil.”

The study also examined the extent to which Facebook was failing to tackle terrorist material on its site.

Of the 1,000 Isil supporting profiles examined by researchers, less than half of the accounts had been suspended by Facebook six months later.

Mr Posting said: “Removing profiles that disseminate IS propaganda, calls for attacks and otherwise support the group is important…the fact that the majority of pro-IS profiles in this database have gone unremoved by Facebook is exceptionally concerning.”

Even when terrorist material was identified and the offending posts removed, the user was often allowed to remain on the site.

There have also been numerous examples of pro-Isil accounts being reinstated after the user complained to moderators about their suspension.

In one case a British terror suspect had his Facebook account reinstated nine times after complaining, despite being accused of having posted sick Isil propaganda videos.

Mr Waters said: “This project has laid bare Facebook’s inability or unwillingness to efficiently address extremist content on their site.

“The failure to effectively police its platform has allowed Facebook to become a place where extensive IS supporting networks exist, propaganda is disseminated people are radicalised and new supporters are recruited.”….continue reading….

OH my! Oh where, oh where are Facebook’s much hyped “counterterrorism squads“, you know, those whose task it is to prevent Jihadis from setting up shop at the site, let alone from connecting? Well, “BANNED” knows where – hide nor hair. In reality, CHAPTER SEVEN, “Facebook’s CounterTerror Efforts: Closing The Barn Door After The Horses Have Escaped “, reveals the poop and scoop.

THAT setting the (public good) record straight, Congress can no longer treat Facebook as merely a platform for the “social good”; a safe (internet-based) space for people to catch up with old friends, make new ones, connect with relatives near and far, and to engage in virtual exchanges of information. That ship has long sailed!

STILL yet, even though some Congressional reps placed Zuckerberg’s feet to the fire, the fact remains that too many are in Facebook’s (campaign mode) bottomless pockets. Conflict of interest, anyone? So much so, how can it be thatmembers who questioned Zuckerberg about privacy violations, censorship of conservatives, “safe spaces” for Islamic Jihadis and related concerns, are some of the internet giant’s biggest recipients! Credo quia absurdum. Smoke and mirrors….foxes in the hen house….

BESIDES, who recalls Zuckerberg’s “promise” from 2009, when he opined that Facebook will always protect user privacy?  Alas, the Zuckster lied.

NOT only that, hot on the heels of the so-called grilling, what did Facebook do? Well, consider the following as (more than) a finger-in-eye….a fu-k you salute too.

A European news site has begun censoring its own reports, withholding some stories and reviews from its Facebook page because of the social media platform’s threats over its reporting on immigration.

Voice of Europe said Facebook has recently suspended its moderators. One has been suspended for 30 days another was suspended for 24 hours after posting a photograph of Poles protesting behind a banner saying “Mohammed not welcome.”

“While we’ve changed nothing in our postings, Facebook’s behaviour towards us changed. Several innocent postings were a reason for Facebook to suspend our moderators.”

Voice of Europe said it was one of the fast growing European news sites on Facebook with at least 30,000 people joining us every month.”

“On some days 5,000 people joined us, but those days are gone after Facebook decided to censor us, suspend us and threaten us.”

One recent point of contention was a review of a book by former Czech president Vaclav Klaus, who said, “The migrant influx is comparable to the barbarian invasions of Europe.”

“While the article heavily criticizes migration, it is news, like any other article on our site,” the agency said. “But not according to Facebook: The article was removed, we received a 30-day suspension and Facebook threatened to remove our page over it.”

The fact that it is a smaller website appears to have played a role in Facebook’s threats.

“That day we saw a somewhat similar article was posted by Russia Today on Facebook. … They didn’t receive a suspension over it, because that would be all over the media.”

Voice of Europe said it now has decided not to post all its articles on Facebook “because we don’t want to lose our page.”

“While Facebook blames us for posting ‘hate speech,’ we think the real reason is our site was becoming too successful with between 30,000 and 40,000 followers every month this year.”

Voice of Europe cited Hungarian Prime Minister Viktor Orban: “Europe is not free, because freedom begins with speaking the truth. In Europe today it is forbidden to speak the truth.”

Breitbart said Voice of Europe was “bludgeoned” by Facebook.

LO and behold, atop said blatant censorship, “Law & Crime” chimed in on May 5, 2018: Sure Looks Like Facebook’s Lead Attorney Colin Stretch Lied To Congress While Under Oath. Imagine that.
BUT just when hapless users could be forgiven for thinking that Facebook would rein itself in, especially, after Congress started taking notice, well, said hopeful types have been proven wrong. Hmm….the very same algorithm that was launched in February 2018, thus, piggybacking a previous one – ensuring that conservative news stories continue to be blocked from spreading or trending – is going from strength to strength! What chutzpah. Indeed, the data is in!

KEEP in mind, Facebook, via its ubiquitous so-called “community standards”, still has no issue with pages which exhort – “Kill Trump, Hang Him, Hunt Him!” Incontrovertibly, they rise to high-level criminal charges – against the page owner(s) and Facebook!

BUT for the fact that Facebook is the world’s largest social media site; its reach more powerful than any government on earth, and that it has become the world’s most dangerous censor (in league with “Alphabet, Inc.”), the argument from free market defenders that “hands off” Facebook is the way to go, that it is the capitalist march forward, would be valid. TO wit, whereas “Ma Bell” was broken up in 1982 due to its monopolistic rule, even more so, Facebook (related tech giants, etc.) must be cut down to size.

TRUTH dare be told, Facebook (and Google) is not just a “garden variety” monopoly – it is far worse! How so? Its unchecked and uncontrolled power over the inflow and outflow of information is beyond the scope of anything in history. No exaggeration. Effectively, it has unfettered power to subvert the democratic process. Been there, done that.

INESTIMABLY, if Congress still believes that citizens are better served by competitive market forces, and that a behemoth (albeit corporate based, as opposed to government controlled) should never be allowed to control an entire industry, Facebook must be brought to heel.

FORTHWITH, antitrust laws (other measures, if necessary) have to be imposed to break up its massive and out of control power grip. In tandem, the rest of the tech lords must be cut down to size. Follow suit.

AT the end of it all, and sans a scintilla of a doubt, Facebook is subverting the democratic process.

CONCLUSIVELY, in light of all the facts cited above – least of which is Facebook’s algorithmic ability to hook up Islamic Jihadis from one end of the globe to another – the necessity for Congressional action is not in question. Resultant, the time to act is NOW!! 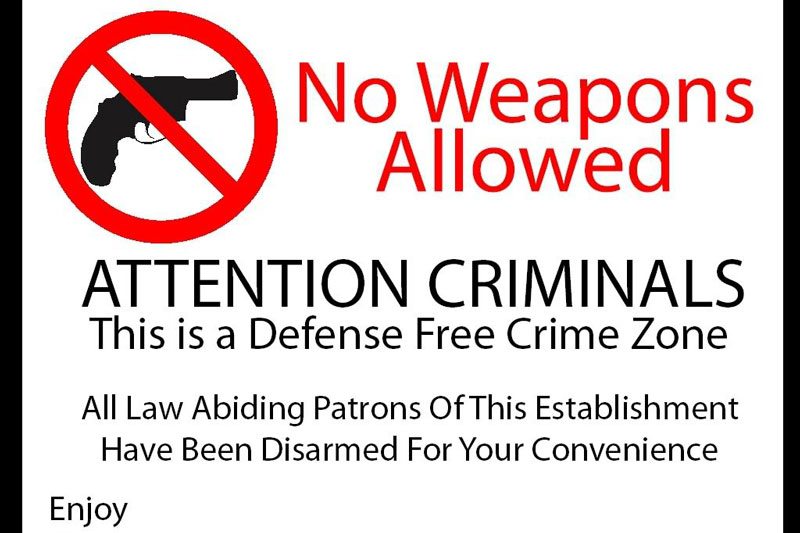 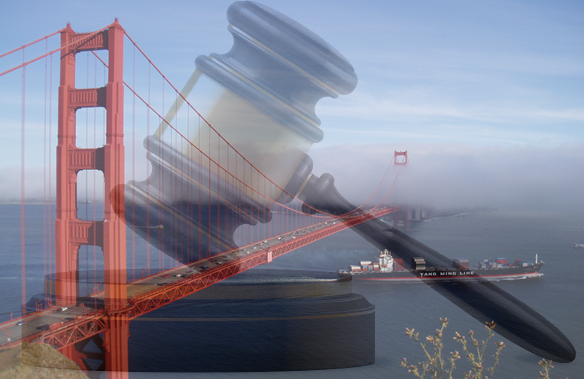