On Monday, Facebook, the site increasingly known as the world’s most dangerous censor, yanked the popular pro-Trump Wake Up, America page, claiming that links do not abide by the site’s “community standards.” 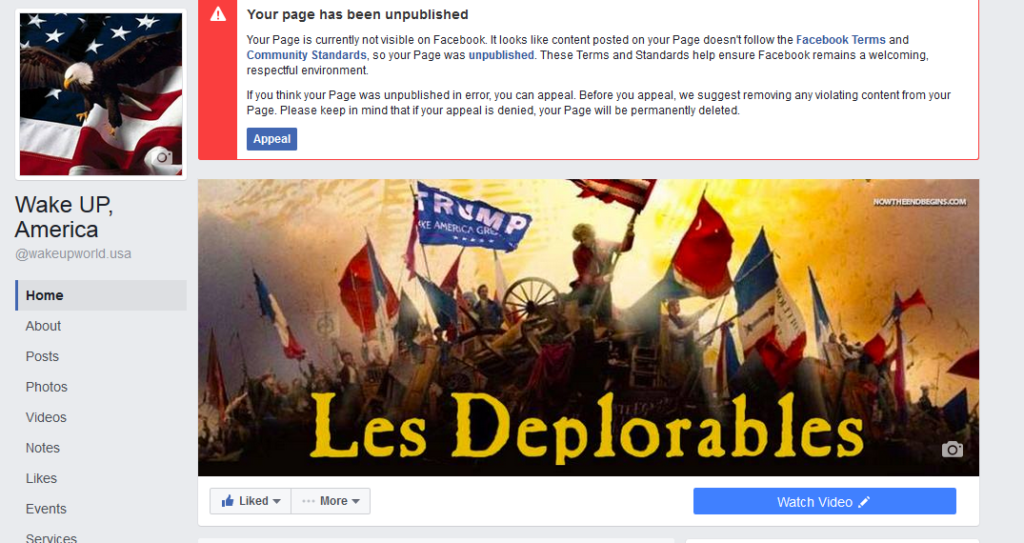 At the time the page was unpublished, it had well over 308,000 likes, having experienced a great deal of growth in the general election campaign.  In the last week of operation, the page reached over 4 million users.

Administrators were given no warning, nor were they advised of the move until they went to the page and saw the message above.

We looked at the page and found nothing that would violate the company’s “standards.”

Gerry Emery, owner of the page, filed an appeal on Monday, and created a new backup page in the event the original is deleted.  The new page can be seen here.

This is not the first time the social media giant has unpublished pages for questionable reasons.

AS Adina Kutnicki and I observed in our book, “Banned: How Facebook enables militant Islamic jihad,” pages are frequently taken down based on false reports.  One page, for example, was accused of posting pornography — even though none was ever present on the page.

Sadly, censorship like this is sanctioned by federal law — specifically, Section 230 of the 20-year-old Communications Decency Act.  Worse yet, social media sites are immune from legal action for their censorship and will remain so until the law is amended.

The question now is — how much more of this censorship will users have to endure before Congress acts?

Update: Facebook deleted the page, then said a photo of a US flag violates their standards and issued a 30-day ban.  More here. 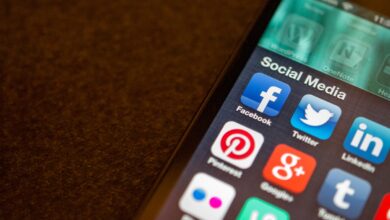 Twitter 12: Federal Agencies and Individuals Involved in Censorship of Conservatives