This is the message he received this morning:

It’s not known what part of this actually violates Facebook’s nebulous “standards,” and so far, we have not gotten an explanation from the social media site.

Making matters worse, he said all of the page administrators were handed 30-day bans.

“And today is Australia Day,” he added, saying that “taking down the Aussie page on Australia Day for no reason is horrible.”

Penkoski also provided us with an image of the letter he received from the federal Patent and Trademark Office:

Facebook, Penkoski told me earlier, has so far refused to enforce or honor his trademark, and even said it would not in an email he previously received from the company. 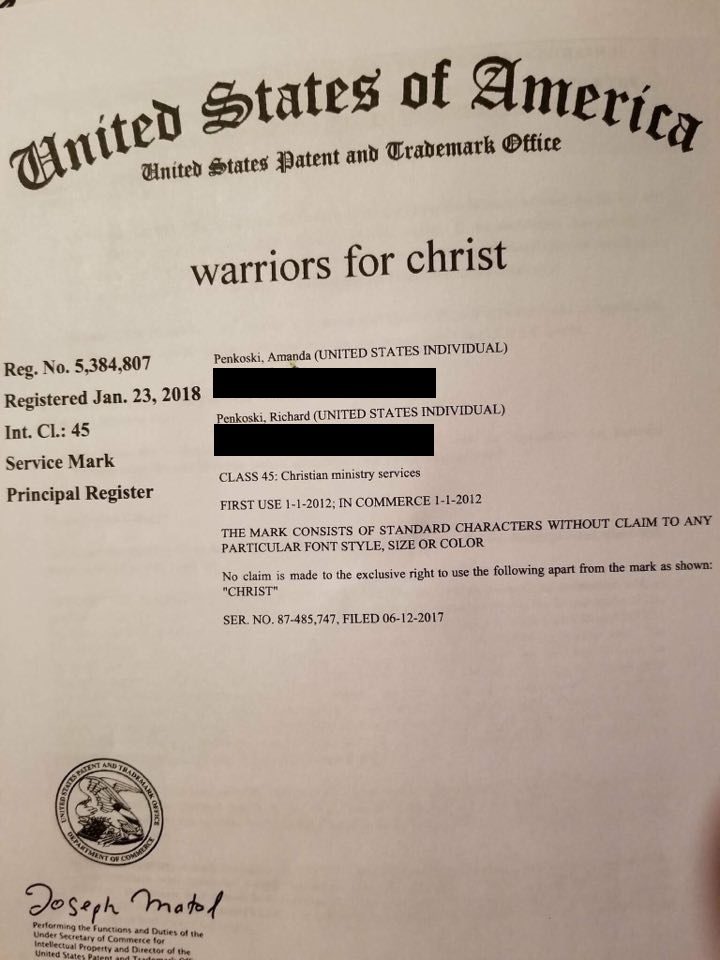 This is not Penkoski’s first run-in with moderators at the social media site.  As we reported several times earlier, the company yanked his original page after saying that threats directed at him and his family on the site do not violate their standards.  The page was restored for a short time before being yanked again.

The site then played games with his back-up page and banned at least one administrator using a post forged to appear as though she made it — a practice yours truly experienced several times in the latter half of 2015.

It would certainly appear as though the company has targeted Penkoski and his ministry over his stand opposing the LGBT agenda.

Recently, Penkoski and others filed a lawsuit in West Virginia that takes direct aim at the Supreme Court case legalizing same-sex marriage.

“Facebook is literally thumbing their noses at people,” he further said.

The site has recently come under fire from sides of the political aisle over decisions made by CEO Mark Zuckerberg.  Recently, the company announced that it would change the algorithm that determines what users see on their news feeds, and further said it would rate online publications based on surveys.

In other words, the company is finding more clever and underhanded ways to censor content it doesn’t want users to see — even if they have already said they want to see it.

As we reported this morning, AT&T called for an “Internet Bill of Rights” to protect users from Companies like Facebook and Google.

Additionally, George Soros, the far-left billionaire who funds many radical left-wing ventures, called out Facebook and Google while speaking in Davos.

“They claim they are merely distributing information. But the fact that they are near- monopoly distributors makes them public utilities and should subject them to more stringent regulations, aimed at preserving competition, innovation, and fair and open universal access,” he said.

“There could be an alliance between authoritarian states and these large, data-rich IT monopolies that would bring together nascent systems of corporate surveillance with an already developed system of state-sponsored surveillance,” he added. “This may well result in a web of totalitarian control the likes of which not even Aldous Huxley or George Orwell could have imagined.”

Sadly, for Penkoski and his ministry, the tech giant is already acting like an Orwellian totalitarian regime all by itself.

Update:  Apparently, Facebook is desperate to keep this post from being seen.  Penkoski tells me that the site is marking the article as spam whenever he tries to post it…  Desperation?  You be the judge. 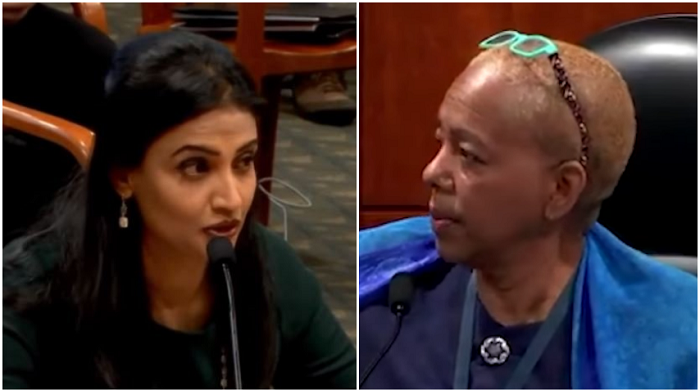