In its ongoing jihad against free speech and conservatism, Facebook, in its infinite wisdom, has falsely declared that links to this blog are “harmful.”

Try sharing a link, and you’re likely to be presented with a “Captcha” dialog telling you the link is harmful.  It’s BS and they know it.  It’s just another effort to silence a conservative voice, which Facebook excels at.

We’re not the only blog to experience this.

My good friends over at the Barracuda Brigade have also experienced this, as have others.

Oddly enough, this happened just after Facebook blocked me from posting in groups for an unknown period of time..  No reason was given, and Facebook refuses to respond to our inquiries.

Make no mistake, this is an effort to silence conservative opinion, which is something they simply cannot stand to have disseminated.

You can help by telling Facebook that our links are not harmful. 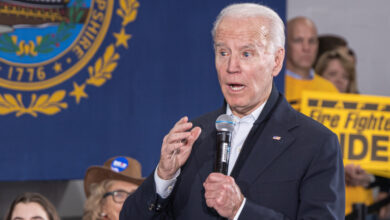 Poll: Entire World is ‘Unhappier’ Over Course of Biden Presidency