Facebook, whose chief Mark Zuckerberg already has admitted trying to influence the 2020 election for Joe Biden by suppressing damaging information at the request of the FBI, now has been caught spying on private messages of those who use the social media platform.

And reporting them to the FBI.

The report comes from Miranda Devine at the New York Post.

She said sources inside the Department of Justice confirmed Facebook spied on those who expressed anti-government or anti-authority sentiments, or questioned the 2020 election, and reported their statements to the FBI.

“Under the FBI collaboration operation, somebody at Facebook red-flagged these supposedly subversive private messages over the past 19 months and transmitted them in redacted form to the domestic terrorism operational unit at FBI headquarters in Washington, DC, without a subpoena,” she said.

One of the sources told her, “It was done outside the legal process and without probable cause. Facebook provides the FBI with private conversations which are protected by the First Amendment without any subpoena.”

Devine’s report explained those messages then were used as “leads,” given to FBI agents around the country who then sought subpoenas to officially access the conversations.

Those investigations, however, ultimately revealed “nothing criminal or violent,” Devine reported.

Her source explained the Facebook spy campaign ended up being “a waste of our time.”

However, one thing became obvious.

The source said all of the targets were conservatives.

“They were gun-toting, red-blooded Americans [who were] angry after the election and shooting off their mouths and talking about staging protests. There was nothing criminal, nothing about violence or massacring or assassinating anyone. As soon as a subpoena was requested, within an hour, Facebook sent back gigabytes of data and photos. It was ready to go. They were just waiting for that legal process so they could send it,” the source reported.

Facebook’s spokeswoman, Erica Sackin, tried unsuccessfully to get a clear statement out.

She first said, Devine reported, “These claims are false because they reflect a misunderstanding of how our systems protect people from harm and how we engage with law enforcement. We carefully scrutinize all government requests for user information to make sure they’re legally valid and narrowly tailored and we often push back. We respond to legal requests for information in accordance with applicable law and our terms and we provide notice to users whenever permitted.”

Within about an hour, however, she corrected herself to claim the statements were “wrong,” not necessarily “false.”

“These claims are just wrong. The suggestion we seek out peoples’ private messages for anti-government language or questions about the validity of past elections and then proactively supply those to the FBI is plainly inaccurate and there is zero evidence to support it,” she claimed.

The FBI admitted it maintained “relationships” with private companies in America, including social media giants.

Devine explained, “Facebook’s denial that it proactively provides the FBI with private user data without a subpoena or search warrant, if true, would indicate that the initial transfer has been done by a person (or persons) at the company designated as a ‘confidential human source’ by the FBI, someone with the authority to access and search users’ private messages.”

WND had reported only weeks ago when Zuckerberg admitted acting to suppress negative, but accurate, information about the Biden family’s international business schemes after the FBI warned his company of “Russian disinformation.”

That prompted GOP House leader Kevin McCarthy to charge that the FBI “colluded” with Facebook to help Biden during the 2020 presidential race.

“The FBI colluded with Big Tech to silence news stories weeks before the 2020 election in an attempt to control your access to information,” McCarthy said. “Democrats in Congress have been intentionally ignoring the facts. When Republicans are back in charge, we will hold all of them accountable.”

The Daily Mail warned that Republican politicians and voters are accusing the FBI and Facebook of censorship, influencing an election result, and more.

That came only a day after a poll revealed nearly half of Americans already distrust the FBI, after its involvement in multiple orchestrated attacks on President Donald Trump dating back to 2016, including the debunked Russia collusion claims and the recent raid on his home in Florida.

“The GOP have torn into the quashing of the story and have vowed to investigate Zuckerberg, the FBI and Hunter if they retake the majority in the House in the midterms,” the report said.

Zuckerberg confirmed his policy in response to FBI requests

BREAKING: Mark Zuckerberg tells Joe Rogan that Facebook algorithmically censored the Hunter Biden laptop story for 7 days based on a general request from the FBI to restrict election misinformation. pic.twitter.com/llTA7IqGa1

Zuckerberg confessed, “So we took a different path than Twitter. I mean, basically the background here is the FBI, I think, basically came to us, some folks on our team. It was like, hey, just so you know, like you should be on high alert. There was, we thought there was a lot of Russian propaganda in the 2016 election. We have it on notice basically, there’s about to be some kind of dump similar to that.”

Zuckerberg admitted the “distribution” of the accurate reporting was “decreased.”

“Fewer people saw it,” he confessed, because of his actions.

Analysts have said that suppression of accurate information about the Biden family cartel could have taken the victory away from President Trump and given it to Joe Biden. That, along with the $420 million Zuckerberg handed out through foundations to mostly leftist elections workers who often used it to do get-out-the-vote campaigns in Democrat strongholds.

Jon Paul Mac Isaac first acquired the laptop in 2019 when Hunter dropped it off at his store and never returned to get it. Isaac then gave the device to the FBI, but gave a copy of its hard drive to Trump’s lawyer, Rudy Giuliani, and he reportedly leaked information to the Post.

Zuckerberg said his suppression of the reports would have had a “meaningful” impact on the number of people who saw it. 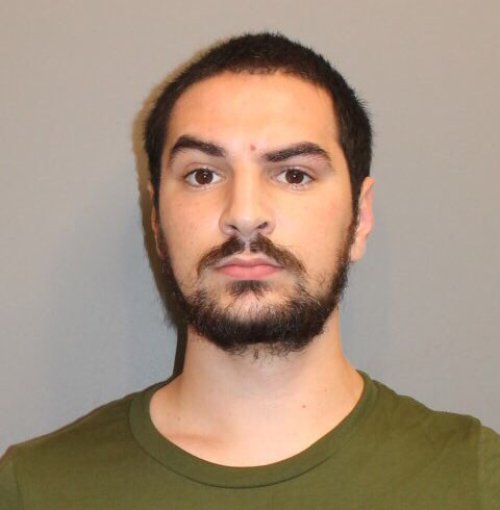