On Monday, Tanya Grimsley, a conservative marketing specialist whose expertise with Facebook has helped a number of conservative blogs, told the Conservative Firing Line that the social media giant handed her a 30-day ban over a graphic critical of foul-mouthed teen demagogue David Hogg.

This is the photo that got her banned:

The photo depicts the raised-fist salute Hogg used at the end of an angry tirade he gave while addressing the March For Our Lives rally in Washington, D.C., and has been used by media outlets across the country.  The salute prompted many on social media to compare Hogg to Adolf Hitler.

The post clearly does not violate Facebook’s nebulous “standards” as it simply makes a political point and criticizes the young man who has become something of a media darling for his never-ending, false and profane attacks on the NRA and anyone with a different point of view.

Grimsley tells me that when she clicked on something to post it, Facebook said “learn more” and gave her an option to request a review. There was no option given to appeal the ban.

She further said that at the time, the meme had over 500,000 interactions “and tons of likes on Allen West Republic.”

Incidents like this, by the way, are part of the reason Adina Kutnicki and I wrote “Banned: How Facebook enables militant Islamic jihad.”

It should now be clear to anyone with more than a single functioning brain cell that Hogg is indeed a “media darling” and social media giants like Facebook, despite all their rhetoric, are indeed targeting anyone with a non-politically correct point of view.

The only question now is: How long will it take for Republicans in Congress to unfurl themselves from their collective fetal positions and take a stand for free speech and free expression? 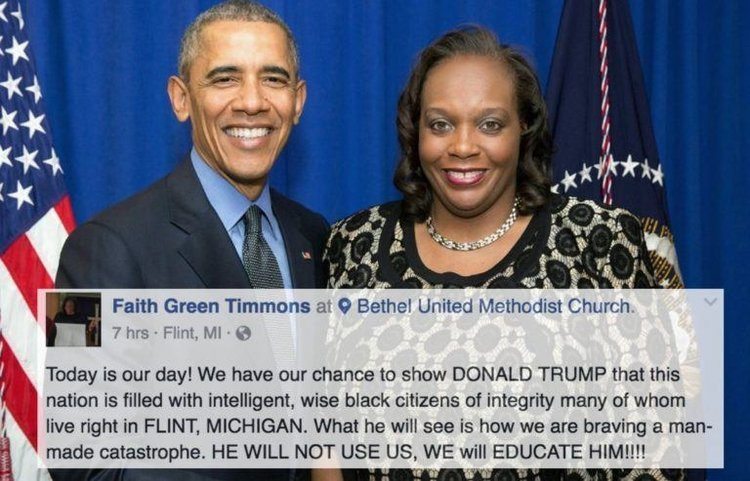 Was it a trap? Flint pastor promised to ‘educate’ Donald Trump