As you know, Craig Andresen from thenationalpatriot.com and I, Diane Sori, from thepatriotfactor.blogspot.com have a radio show, RIGHT SIDE PATRIOTS, on the CPR Worldwide Media Network airing every Wednesday from 2-4pm EST and Saturday’s from 11-1 EST and we do NOT hold back. We tell the truth and we do so openly and without reservation.

Our first show, on February 26th, 2014 was hacked and knocked off the air.

We did NOT back down and returned the very next week, and have been broadcasting ever since through multiple attempts to hack and attack our show and the station as well.

Late last night, Saturday May 10th, CPR was taken OFF THE AIR by the licensing company and, this morning, the CEO of CPR Worldwide Media Network found the following email in his inbox:

“With regret, we are closing your coverage effective today due to a complaint of a possible violation of United States National Security. Contact me asap Monday morning and we can discuss this further. You will not be able to access your account here, but you can reach me by emailing me at this address and or calling my office.”

“Once and if this matter is resolved, I will gladly reactivate your account.”

“Sincerely,” and was then signed by the licensing agent.

It seems we have struck a nerve within the federal government…

Was it the ‘Benghazi’ expose Craig and I wrote and broadcast on it’s own that brought this about? Was it the ‘Land Grab’ series of articles and broadcast we did or the combination of the two that caused the federal government under the Obama regime to suspend the streaming license for CPR?

Perhaps it has something to do with the fact that CPR was able to trace and track the IP addresses and coordinates of the hits RIGHT SIDE PATRIOTS and CPR were taking for the past several weeks coupled with the ability to clearly recognize those IP addresses as belonging to the federal government?

At any rate, CPR and RIGHT SIDE PATRIOTS have now been labeled as a ‘being possible violation of national security.’

However, that’s not the half of it.

Last Thursday, The CEO of CPR Radio, Michael Collins-Windsor parked his vehicle in a parking garage as he ran some errands. Upon returning to his vehicle a short time later, he found all four tires slashed…obscenities scratched into the paint job and a note on his windshield warning him that should he and his “radio cronies” continue their little investigations, his tires wouldn’t be the only things slashed.

At this time, CPR is continuing to broadcast in a limited fashion, NO music or podcasts that contain music as that would be a violation of licensing and session fees which CPR pays for however, Craig and my show, RIGHT SIDE PATRIOTS Benghazi special and the Government Land Grab special along with other programing that does NOT violate terms are being aired.

Tomorrow, Michael Collins-Windsor and the CPR attorney team will be in conference with the streaming company to find out which government agency did this, who approached the licensing company executive and exactly what threat speaking our mind, delivering the facts and doing so with complete honesty by Craig and I, our show…RIGHT SIDE PATRIOTS…and CPR Radio poses to our national security.

CPR will continue to work toward a resolution to what can ONLY be described as a violation of the 1st Amendment by the federal government.

Neither Craig nor I will back down and we will continue to speak out!

Please assist us in this situation by passing along this link: http://cprworldwidemedia.com/live-radio/where you can click listen to hear CPR in its current limited capacity and by spreading the link to this article everywhere you can. 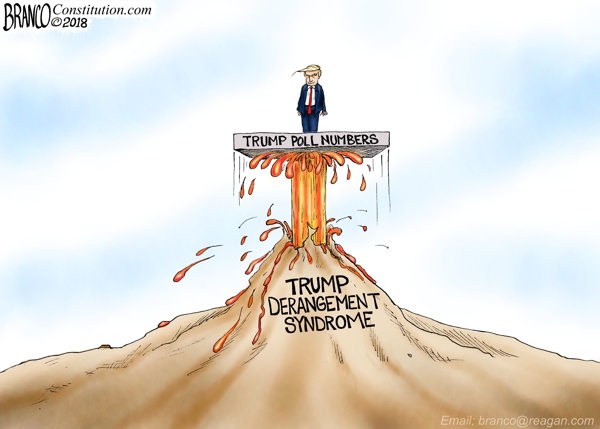 Cartoon of the Day: Turn Up the Heat