The former Broward County school resource officer who stood outside a building at Marjory Stoneman Douglas High School while shots were being fired inside during the Feb. 14, 2018 massacre has been arrested and charged with seven counts of child neglect, according to the Miami Herald.

He was also fired, along with a sheriff’s sergeant.

Scot Peterson, nationally reviled as “the coward of Broward,” was reportedly jailed on a total of 11 criminal charges, according to the Florida Sun-Sentinel. The 56-year-old Peterson faces three counts of culpable negligence and one count of perjury, news reports say.

Peterson was captured on school security video waiting outside of a school building at the Parkland, Fla., high school during the Valentine’s Day attack. Seventeen people were killed including 14 students. The massacre ignited a national movement for restrictive gun control legislation, which opponents and Second Amendment activists argued would violate the constitutional rights of tens of millions of Americans who had committed no crime.

That debate continues today as Virginia Gov. Ralph Northam, an anti-gun-rights Democrat, announced new and revived gun control efforts in reaction to the May 31 mass shooting at Virginia Beach by a city employee. Northam will push so-called “universal background checks” plus an “assault weapons” ban, a ban on suppressors (silencers), child access prevention, one-handgun-a month restrictions and other measures.

But Alan Gottlieb, chairman of the Citizens Committee for the Right to Keep and Bear Arms, immediately fired back, challenging Northam to explain which of his proposals would have prevented the Friday shooting.

Peterson, meanwhile, is being held in the Broward County Jail on $102,000 bond, according to WPTV News.

In the aftermath of the Parkland tragedy, Peterson was widely criticized for not moving inside to confront the shooter. Parents of students who were killed that day have reacted angrily.

The Sun-Sentinel quoted Lori Alhadeff, mother of a 14-year-old daughter who died in the shooting, stating, “He needs to go to jail and he needs to serve a lifetime in prison for not going in that day and taking down the threat that led to the death of our loved ones.”

Another mother, Gena Hoyer, who lost a 14-year-old son, told the newspaper, “This is long overdue.”

According to the Sun-Sentinel report, an investigation revealed that Peterson “refused to investigate where the gunshots were coming from, retreated during the gunfire as victims were being shot, and directed other law enforcement who arrived on scene to remain 500 feet away from the building, FDLE spokeswoman Jessica Cary said in an emailed statement.”

Florida Department of Law Enforcement Commissioner Rick Swearingen reportedly told the newspaper, “The FDLE investigation shows former Deputy Peterson did absolutely nothing to mitigate the MSD shooting that killed 17 children, teachers and staff and injured 17 others. There can be no excuse for his complete inaction and no question that his inaction cost lives.”

In the aftermath of the tragedy, the gun prohibition lobby capitalized on a student movement, essentially hijacking it and turning public wrath toward the National Rifle Association and other gun rights organizations, blaming them for the carnage because they have fought to prevent restrictive gun control measures at the state and federal level. 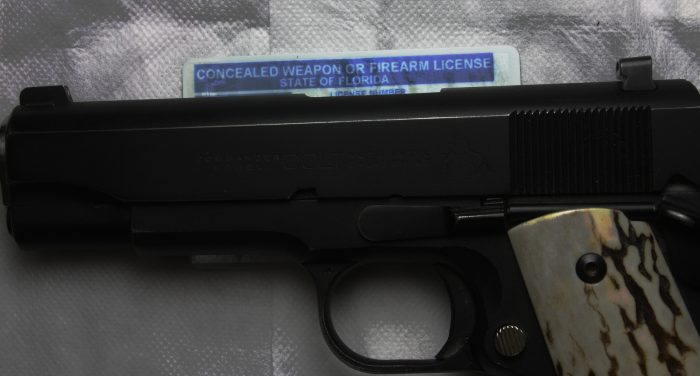 Americans are fighting back and criminals are in their sights