This may be the year of the independent candidate. Evan McMullin seems to be taking large parts of the country by storm. Unlike many third party candidates, McMullin has both a popular message and strategy that could actually make him president. It’s a longshot, but it is a strategy that has already been proven to be workable.

The McMullin strategy is a plan in three phases. He is well on his way to completing the first phase, winning at least one electoral vote. If McMullin can win Utah, he will be the first third party candidate to win electoral votes since 1968. He will also win the possibility of becoming president, even though he will fall far short of the 270 electoral votes needed to win the Electoral College election.

The next phase of the McMullin strategy is to deny both Donald Trump and Hillary Clinton 270 electoral votes. This phase depends on the Trump campaign not imploding in red states like Arizona, Texas and Georgia. Trump must also marshal his voters in the swing states to deny Hillary Clinton an outright electoral college victory. This is looking unlikely. Even Fox Business admitted yesterday that Hillary Clinton is likely to win 307 electoral votes, far more than are required to win the presidency.

Assuming that phases one and two fall into place, McMullin will have won Utah’s six electoral votes and Trump and Clinton will be deadlocked with less than 270 electoral votes each. At that point, the Constitution stipulates that the election will go to the House of Representatives, which will choose from among the top three winners of electoral votes. Each state gets one vote in the House election.

It is easy to assume that the majority Republicans would simply rubberstamp the Republican candidate, Donald Trump, but the situation isn’t that simple. The election would take place after the new Congress is seated so it is likely that there will be fewer Republicans than there are today. The fact that Donald Trump is not popular within his own party must also be considered. Finally, McMullin was a House staffer who has friends among the House Republican caucus. Some of these friends are the people who encouraged him to run in the first place.

It is unlikely that Democrats would support Donald Trump or that Republicans would break toward Hillary Clinton in a House election. It is possible that anti-Trump Republicans might forge a bipartisan majority to elect McMullin president.

If this sounds like a long shot, it is. If it sounds impossible, it isn’t. In fact, it has already happened in American history.

In the election of 1824, the Democratic-Republicans, the forerunner of today’s Democratic Party, were on a winning streak. They had won the previous six presidential elections as the Federalist party declined. James Monroe, the incumbent, was ending his second term and declined to run for a third.

Four candidates, all Democratic-Republicans, vied to succeed Monroe. Secretary of State John Quincy Adams of Massachusetts, Secretary of the Treasury William Crawford of Georgia, Speaker of the House Henry Clay of Kentucky and Gen. Andrew Jackson of Tennessee all won electoral votes. None of the candidates, however, won the majority of electoral votes required to win the election.

Andrew Jackson won the most electoral votes at 99 with John Quincy Adams running a close second at 84. Henry Clay, who finished fourth, decided to use his influence as Speaker of the House to support Adams. On February 9, 1825, the House of Representatives elected John Quincy Adams the sixth president of the United States in spite of the fact that he had received fewer electoral votes and popular votes than Andrew Jackson.

It is possible, but by no means certain, that history will repeat itself this year. The three hurdles than the McMullin campaign must clear are all long shots in and of themselves. FiveThirtyEight gives McMullin a 22 percent chance of winning Utah, but rates the chance that no one will win the Electoral College at less than one percent.

The one certainty is that Evan McMullin’s popularity hinges largely on the unpopularity of the two main candidates. If either of the two major parties had nominated a fairly honest, moderately likeable candidate that person would be winning a landslide victory. Instead we have Donald Trump and Hillary Clinton.

And Evan McMullin has a chance to become president.

Who do you think won the Fox News GOP debate 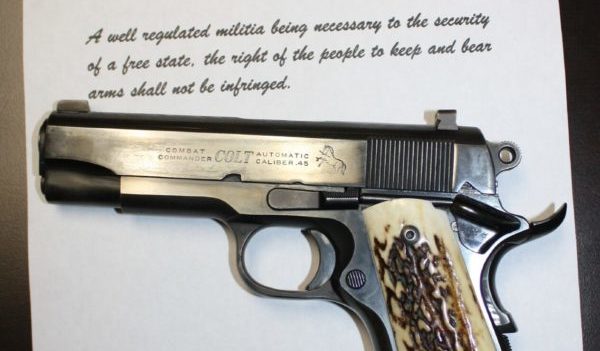