Call it part of the effort to foment hate and possibly violence against those who want to see the government operate within its means while following the Constitution.

While speaking with the Huffington Post’s Howard Fineman, ESPN 980’s Tony Kornheiser actually asked if the Tea Party is like ISIS attempting to establish a caliphate in the United States.  Naturally, Fineman agreed.  Newsbusters reported:

After questioning Fineman about how Paul Ryan would be able to hold down the job of Speaker, considering he also wants to spend so much time with his family, Fineman laid bare the treacherous legislative course that Ryan would have to navigate, replete with those pesky Jim Jordan types with their “bad shirts.” (Yes, he really said this)

But it got even more interesting when Fineman attempted to explain (the Fineman interview begins at 35:56) how a Speaker needs to rule in the House, which led Kornheiser to draw a most unfortunate analogy to conservatives…

Bruce Bookter provided a transcript of the relevant portion of the discussion:

Fineman: “The House needs a dictatorial leader, or nothing will ever happen. And the Tea Party people understandably don’t like that. If the person in charge is a moderate who doesn’t agree with them politically.

So, Paul Ryan has the kind of conservative chops, where, he can sort of try to unify the whole party. But, he’s going to be spending all his time trying to deal with these Tea Party. People.

Kornheiser: “Are they like ISIS trying to establish a Caliphate here?!

Fineman: “Yes! Yes! That’s a very good analogy! Without the violence obviously, but yes, they are a rejectionist front.”

So according to Fineman, the GOP-led House of Representatives needs a dictator and the Tea Party is like ISIS attempting to establish a caliphate.

This is why I call the so-called “mainstream media” the “Democrat-media complex.”

Memorial Day – The Sacrifices of the Fallen, the Sons and Daughters of America 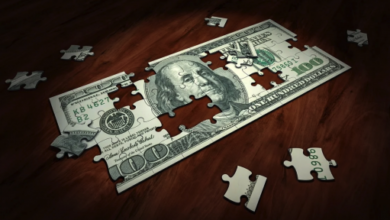 Now We Could Lose The Petrodollar…