Liberals across the country are upset that voters dared to elect Republican Donald Trump instead of Hillary Clinton, the most evil person ever nominated to the White House by a major party.  Instead of working to recruit candidates that are more mainstream and less evil, Democrats want to rig future elections to ensure they always win.  Naturally, former Attorney General Eric Holder is one of those who think he’s smarter than the founders, and wants to abolish the Electoral College.

Maher began his interview noting that Hillary Clinton’s Election Day loss to Donald Trump — despite her winning the popular vote — is the second time in 16 years Democrats have been shut out of the White House despite gaining more votes.

“How do we solve this problem?” Maher asked. “We win the election but we don’t get to be President. This has happened twice now since 2000, Al Gore and now Hillary Clinton, and it seems to be happening to one party,” he noted.

Holder said, “There’s a simple solution to that and we have to abolish the Electoral College.”

The comedian noted that such a momentous change to American democracy would require a constitutional amendment, but Holder was not deterred.

“So it involves heavy lifting. Let’s lift heavy,” said Holder, who led the Department of Justice for six years under President Obama.

“The Founding Fathers argued the Electoral College was a necessary failsafe from letting the people directly choose their President,” the New York Daily News added.

But that’s not entirely true.

Marc Schulman, writing at History Central, is much more correct:

The Electoral College was created for two reasons. The first purpose was to create a buffer between population and the selection of a President. The second as part of the structure of the government that gave extra power to the smaller states.

As Schulman notes, the founders were concerned that a tyrant — like Hillary Clinton — could manipulate public opinion and come to power.  He cited Alexander Hamilton and the Federalist Papers, something liberals apparently never bothered to check out:

It was equally desirable, that the immediate election should be made by men most capable of analyzing the qualities adapted to the station, and acting under circumstances favorable to deliberation, and to a judicious combination of all the reasons and inducements which were proper to govern their choice. A small number of persons, selected by their fellow-citizens from the general mass, will be most likely to possess the information and discernment requisite to such complicated investigations. It was also peculiarly desirable to afford as little opportunity as possible to tumult and disorder. This evil was not least to be dreaded in the election of a magistrate, who was to have so important an agency in the administration of the government as the President of the United States. But the precautions which have been so happily concerted in the system under consideration, promise an effectual security against this mischief.

The second reason was to protect smaller states from becoming irrelevant in the presidential selection process.  Schulman adds:

The electoral college is also part of compromises made at the convention to satisfy the small states. Under the system of the Electoral College each state had the same number of electoral votes as they have representative in Congress, thus no state could have less then 3. The result of this system is that in this election the state of Wyoming cast about 210,000 votes, and thus each elector represented 70,000 votes, while in California approximately 9,700,000 votes were cast for 54 votes, thus representing 179,000 votes per electorate. Obviously this creates an unfair advantage to voters in the small states whose votes actually count more then those people living in medium and large states.

One aspect of the electoral system that is not mandated in the constitution is the fact that the winner takes all the votes in the state. Therefore it makes no difference if you win a state by 50.1% or by 80% of the vote you receive the same number of electoral votes. This can be a recipe for one individual to win some states by large pluralities and lose others by small number of votes, and thus this is an easy scenario for one candidate winning the popular vote while another winning the electoral vote. This winner take all methods used in picking electors has been decided by the states themselves. This trend took place over the course of the 19th century.

If Holder and his ilk have their way, only two states — New York and California — would essentially select the president.  The rest of the country could basically go to hell, which would be fine with the radical left.

In short, the founders knew what they were doing when they created the Electoral College.  Of course, Democrats now want to change the rules to rig future elections. 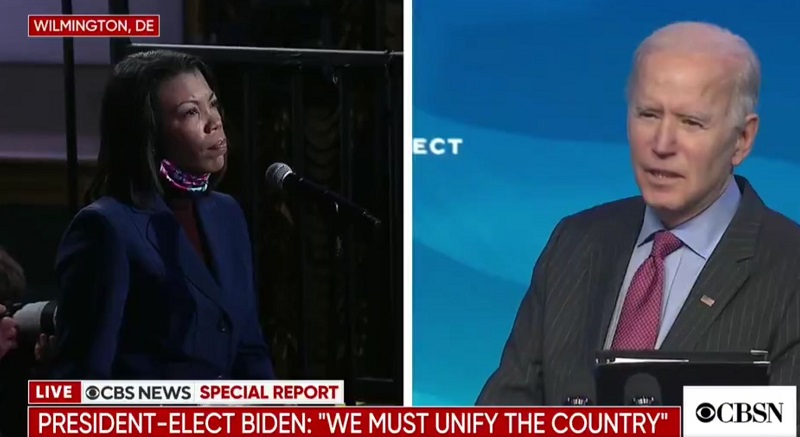