On Thursday, President Trump accepted the resignation of EPA Administrator Scott Pruitt. Mr. Pruitt has been constantly under scrutiny, as well as personal attacks, which he stated has worn on him and his family. Andrew Wheeler will be interim Administrator.

…on Monday assume duties as the acting Administrator of the EPA. I have no doubt that Andy will continue on with our great and lasting EPA agenda. We have made tremendous progress and the future of the EPA is very bright! 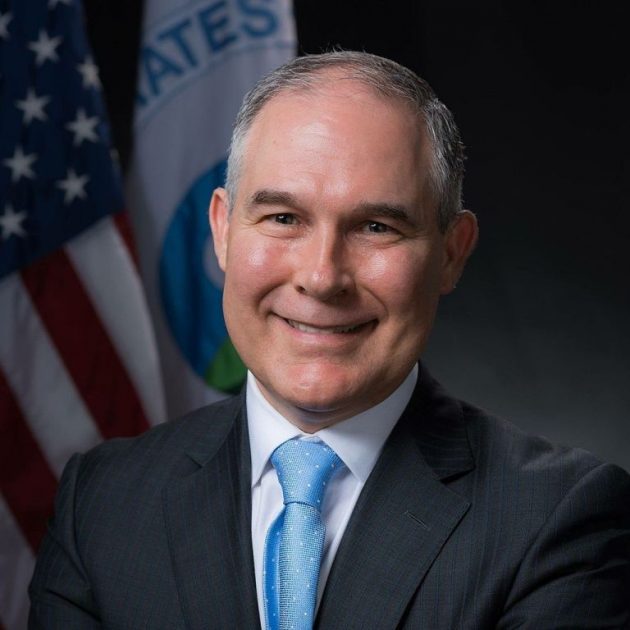 Scott Pruitt was almost constantly under fire from the time he took the postion. According to Fox, one of the scandals came up when he spent $50 per night in a condominium owned by a lobbyist linked to the fossil fuel industry.  Environmentalists didn’t like Pruitt because of those connections to fossil fuel, and pointed to his contributions to it, which amounted to around $300,000. He was criticized for his high travel expenses. He was criticized for two of his aides receiving a large pay increase, which was quashed. That’s not all of them, but those are the main ones.

He was a deacon in his church, and a trustee in the Southern Baptist Seminary. He was instrumental  in working with Oklahoma State, Oklahoma City, and the Chickasaw and Choctaw Native Tribes for a water rights agreement. He was the former Attorney General for Oklahoma.

Trump did not fire him, and it appears from the letter of resignation, that Scott Pruitt simply got tired of being a target. They appear to be parting as friends, which is a good thing.

“Mr. President, it has been an honor to serve you in the Cabinet as Administrator of the EPA. Truly, your confidence in me has blessed me personally and enabled me to advance your agenda beyond what anyone anticipated at the beginning of your Administration. Your courage, steadfastness and resolute commitment to get results for the American people, both with regard to improved environmental outcomes as well as historical regulatory reform, is in fact occurring at an unprecedented pace and I thank you for the opportunity to serve you and the American people in helping achieve those ends.

That is why is hard for me to advise you I am stepping down as Administrator of the EPA effective as of July 6. It is extremely difficult for me to cease serving you in this role first because I count it a blessing to be serving you in any capacity, but also, because of the transformative work that is occurring. However, the unrelenting attacks on me personally, my family, are unprecedented and have taken a sizable toll on all of us.

My desire in service to you has always been to bless you as you make important decisions for the American people. I believe you are serving as President today because of God’s providence. I believe that same providence brought me into your service. I pray as I have served you that I have blessed you and enabled you to effectively lead the American people. Thank you again Mr. President for the honor of serving you and I wish you Godspeed in all that you put your hand to.
Your Faithful Friend,

Lives And Livelihoods Will Be Destroyed While Dems Wait Until 2021 For The Vaccine And Stimulus
November 25th, 2020 The Lid
Tweets by Conservative Firing Line