Simply put, America’s already on the books immigration laws do NOT need to be reformed…they need to be enforced…period.

Trying to rendering yet another of our rules of law null and void, our Traitor-in-Chief…YES traitor…Barack HUSSEIN Obama rendered our Constitution basically invalid yet again as he moves forward with his quest to fundamentally change our beloved America from within.

And still Congress sits back and does NOTHING while yet another law written by them that Obama does NOT like is replaced with one that he does.

This time it involves his amnesty push…a push to increase the Democratic voter rolls and change the ‘so-called’ complexion of America itself. Now wanting to allow those from Arab countries…as in muslims… with “limited” or “loose” ties to known terrorists or terrorist organizations into our country, this man has yet again crossed the line into ‘aiding and abetting’ the enemy, but now his actions have seriously compromised the ‘health, safety, and welfare’ of the American people.

And to make matters worse, fellow traitor and muslim/Palestinian sympathizer Secretary of State John ‘Swiftboat’ Kerry will be the final judge and jury of who will be deemed a terrorist and who won’t be deemed a terrorist…who poses NO danger to America and who might pose a danger to America. But the bottom line is something that Barack HUSSEIN Obama needs to hear loud and clear…and it’s what many of the politically correct are thinking but dare NOT say…’We the People’ do NOT want or need any more muslims…complete with their sharia law and burqa nonsense…in our country…period.

And why…it has NOTHING to do with racism as muslims come in all races…in all colors…in all nationalities…it has everything to do with the documented fact that 24,500+ deadly terrorist attacks by muslims have occurred worldwide since 9/11, and some have happened right in our country…let’s NOT forget the Fort Hood Massacre (and it was NOT ‘workplace violence’ as out Traitor-in-Chief claims) and the Boston Marathon Bombing, to name just two. And at least 50…most likely a lot more…planned terrorist attacks against us have been thwarted…but hey, throw open the doors as Obama and crew want to do and made ‘We the People’ ripe for the pickings at the hands of his muslim brethren…and increase the Democratic voting block NOT to mention allowing sharia law to creep more deeply into the fabric of our American society at the same time…a two-for-one if you will.

And to that affect, this past Wednesday, The Department of Homeland Security (DHS) and the State Department added new exemptions to the existent Immigration and Nationality Act removing provisions that previously excluded refugees and asylum seekers who had provided limited material support, no matter how minor, to terrorists.
According to DHS, “These exemptions cover five kinds of limited material support that have adversely and unfairly affected refugees and asylum seekers with no tangible connection to terrorism: material support that was insignificant in amount or provided incidentally in the course of everyday social, commercial, family or humanitarian interactions, or under significant pressure.”

“Adversely and unfairly affected refugees and asylum seekers”…NO…I do NOT think so for there is NO such thing as an “insignificant amount” of terrorism…one is either a supporter and/or a willing participant in terrorism or one is NOT. It is that simple…just as one is either a follower of islam (a muslim) and the qur’an demanded call to jihad or one is NOT a muslim…period.

And to prove the point that the law actually needs to be tightened…seriously tightened NOT relaxed… and that once a muslim terrorist for the most part always a muslim terrorist…is the case of two al-Qaeda operatives who were living in Bowling Green, Kentucky after being let into the U.S. in 2009 as refugees by claiming they faced persecution back home in Iraq. However, the FBI found out and had the two arrested for attacking U.S. soldiers in Iraq, which they admitted to in court. They also admitted that they were still loyal to al-Qaeda and were awaiting orders to a call for jihad against America.

And these are the kind of people who will now be allowed into our country under the Obama tampered with law…seeming political refugees who are anything but.

And so by unilaterally ordering a change to the existent law, Barack HUSSEIN Obama has placed the safety of American citizens below that of the enemy as he once again oversteps his executive bounds and steps close to the bounds of…if NOT outright crossing over those bounds into treason for this change makes it easier…hell…it clearly opens the doors for his brethren to get around and work the immigration system to their advantage. Now those evaluating these cases…which ‘Mr. Swiftboat’ himself will have authority over…will for all intents and purposes be ordered to ignore certain ‘red flags’ in the applications that they previously would have tagged, especially if the one applying for asylum happens to sponsored by one of the so-called very vocal, very anti-American, very dangerous muslim advocacy groups like CAIR.

This change, according to Jessica Vaughan…former State Department official and current Director of Policy Studies for the Center for Immigration Studies…means that since “The (Obama) administration already approves of the admission of gang members as asylees and criminals in the DACA program and grants of prosecutorial discretion, so I don’t expect them to be troubled by the admission of terrorists and garden variety fraudsters in our refugee program. This is how we end up with families like the Tsarnaev brothers [the Boston marathon bombers], who were originally admitted for political asylum.”

NOT good folks…NOT good at all.

By making this unilateral change to our immigration laws even before the dialogue in Congress on possible (unwanted) immigration reform has ended let alone begun, a dangerous precedent is being set, for now Barack HUSSEIN Obama…the President of the United States (gag) …is welcoming with open arms a potential act of terror to occur on American soil…and that goes beyond just ‘aiding and abetting’ the enemy …it goes all the way to an outright act of treason against the United States of America.

It will now be interesting to see if our gutless Congress finally stands up and says ‘NO’ but I’m NOT going to hold my breath for that to happen. 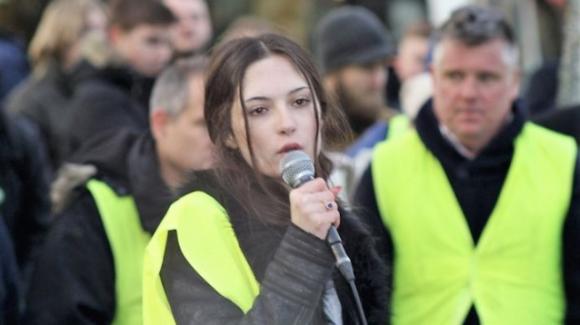 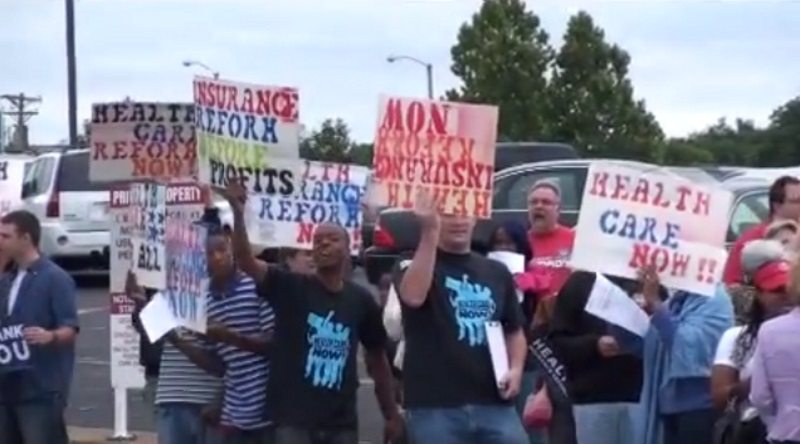 Sick: MSNBC’s Martin Bashir suggests someone defecate in Sarah Palin’s mouth and urinate in her eyes