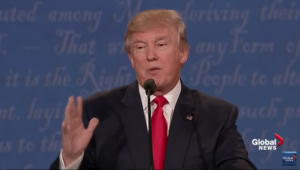 As Donald Trump declined in the polls, he began making claims that elections are rigged and that the system is stacked against him. Trump even went so far as to say that he may not accept the decision of the voters on November 8.

It is true that there have been recent instances of voter fraud in this country. The 2008 Senate race in which Democrat Al Franken beat incumbent Republican Norm Coleman stands as one of the sleaziest episodes in recent electoral history. Democrats “found” enough votes in recounts to turn a Coleman victory into a Franken upset. A watchdog group later found that enough felons had voted illegally to sway the election.

The electoral system is not foolproof. Even in states with voter ID laws, there are ways to commit voter fraud. People can vote in more than one state. They can abuse absentee ballots. They can buy votes. Elected officials or political groups can suppress or intimidate voters.

There is an easy way to tell if Donald Trump is in danger of losing the election due to a rigged system. If the system is rigged against Republicans, then the Democrats orchestrating the fraud would probably want to elect Democrats to Congress as well as the White House. If Democrats are manipulating the races and polling, then Democratic congressional candidates should be performing as well as Hillary Clinton. Republican candidates should be performing as poorly as Mr. Trump. A quick look at several hotly contested races should determine whether Trump’s charge of election rigging is accurate.

The story is the same in other states as well. Trump is running behind Republican Senators in Georgia, Pennsylvania and Wisconsin. In Texas, where there is no Senate race this year, Clinton polls within five points of Trump. Mitt Romney won this reddest of red states by 16 points.

In one interesting case, Trump actually trails Clinton by one point, within the margin of error, in Arizona. John McCain, the incumbent Republican who is reviled by many as a “Republican in name only,” leads his Democratic opponent by 15 points. Arizona is not normally a swing state.

In state after state, Donald Trump performs poorly when compared to other Republican candidates. If there was really a conspiracy to rig the vote against Mr. Trump, his Democrat opponents would probably scheme to defraud Republican congressional candidates as well. There is no indication that this is happening.

Trump’s performance seems to be poor across the board. He lags behind other Republicans in red, blue and swing states. Trump is in trouble regardless of whether local voters are conservative or liberal and whether election officials are Democrats or Republicans.

Since many of the same voters who prefer a Republican congressional candidate over a Democrat choose Hillary Clinton over Donald Trump, Trump’s theory of rigged elections can be discarded. If, after watching him for a year, voters, including many Republicans, are rejecting The Donald, he should bear the blame himself and accept responsibility. 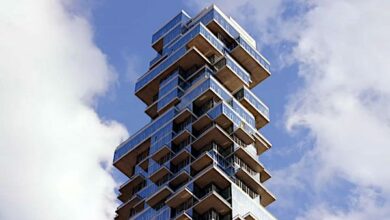 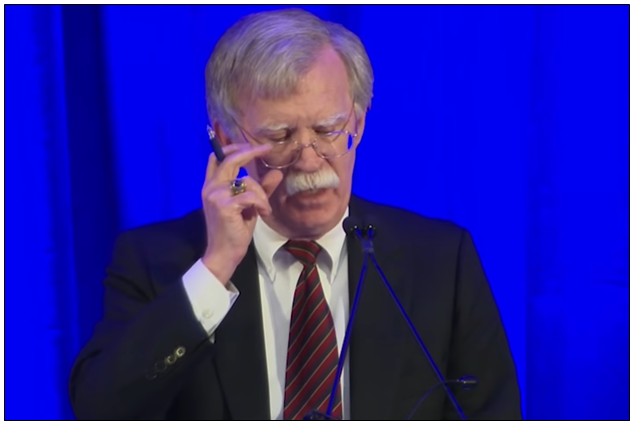 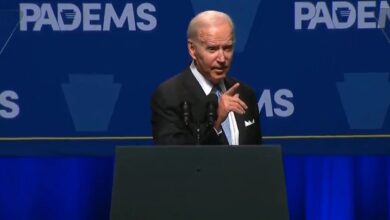 Video of the Day: Joe Biden Says He’s Been To 54 States