Loretta Lynch says that the DOJ scrubbed references to radical Islam from Omar Mateen’s calls during the Orlando shooting before releasing them on Monday. She appeared on several morning shows on Sunday to tell us all that they didn’t want any religious references in the tapes.

In short, they are doing exactly what the Muslim Brotherhood wants them to do. They are siding directly with the terrorist and his belief structure by refusing to allow the truth to be revealed.

It’s not “propaganda,” it’s warnings of an ideology of violence and death.

The Obama administration is deeply infiltrated by radical Muslims from the top down. They want the Orlando shooting to be a “gun control” issue and about “hate crimes” not about the Islamic ideology of violence, subjugation, and domination.

If they can keep the focus on that very wrong direction, they can manipulate the way Americans think.

Mateen made several phone calls to 911 during the attack, but the DOJ wanted to remove specific references to radical Islam, and his pledge to ISIS leader Abu Al-Baghdadi. Identifying the enemy  is ALWAYS the first step toward eliminating them.

But it’s not the first time this administration has pandered to this viewpoint.

The move to edit the transcripts of Mateen’s calls harkens back to April, when French President Francois Hollande’s reference to “Islamist terrorism” was left out of an official White House video during an international summit in Washington D.C. The White House later told several news outlets the dropped phrase was a “technical issue.”

“Words” did not cause the problem, Islamists did!

A report by the CVE subcomittee of the DHS has recommended their agencies avoid the words “Jihad” and  “Sharia”  because it tends to create an “us and them” mentality.

” Also notable is what the government should not do, such as to act as the messenger (as opposed to empowering “credible messengers” or “influencers”). Further, government must avoid stigmatizing specific communities…

… At the same time, report after report has recommended that the U.S. Government be consistent in its language and its meaning, highlighting that tone and word choice matter. Under no circumstance should we be using language that will alienate or be disrespectful of fellow Americans…”

Actually, we are not equipped at all when the conversation never includes the truth. The fact is that since Obama took office, there have been 8 “significant” terror attacks on American soil. Those did NOT occur because of the choice of words. They occurred because of the ideology behind them. 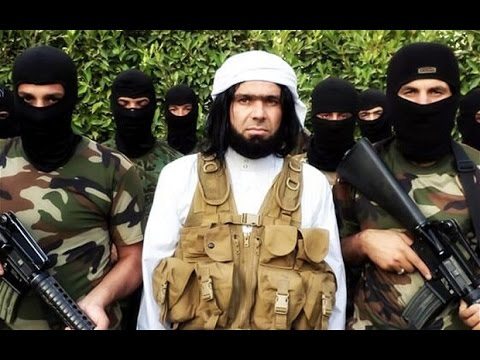 Raqqa: ISIS leaders running away as Marines close in on city

Democrats shamelessly walk out on relatives of Benghazi Victims