Dudley Dough in Boston, Massachusetts, a pizza restaurant that had declared itself an “economic justice” business that paid a “living wage” like what Democrats are pushing and Republican correctly predicted would drive small companies out of business, has closed its doors for good.  Anytime you abandon our free market system, you are not likely to get the results you desire.

Their business plan left them no alternative but to fail.  The reason people buy so much pizza is because it is a fairly low cost option for dinner, but if you have to dramatically increase the cost, it’s no longer economically sound.  Of course you could make the argument that it didn’t work because all the restaurants big and small didn’t participate, but you’d be wrong.  The city of Seattle, Washington increased the minimum wage by two dollars an hour and immediately lost 900 jobs with more job losses to come.

Restaurants that find themselves suddenly paying a large increase in wages must make adjustments to stay in business.  Those adjustments include layoffs and diminished hours and if that fails, you close your doors.  Mark my words, liberals will never admit it is a failed policy.  That’s not how they work.  They will now say the reason their grand scheme didn’t work was the program was too small and needs to be statewide and when that fails, nation wide.

Robert Kraft, the owner of the New England Patriots, gave Dudley Dough $100,000 to help its operations but even that was not enough to save the struggling pizza shop.

The Globe notes that three other restaurants in the area that opened around the same time as Dudley Dough are still open.

A lot of the employees did not see the venture as a failed enterprise and are shocked and saddened by the company’s closing.

“I don’t think anyone is looking at it as a failure,” said Dudley Dough team leader Luther Pinckney.

“I didn’t see it coming. I have to keep working. I’ve got my youngest son in private school,“ said Dudley Dough employee Royce Terrell. “I like coming to work. It was kind of a shock.”

Broderick says that despite the nonprofit’s decision to close the shop, it is making a “significant effort” to help the staff find new jobs.

Many restaurants that are forced to pay wages above market value to their employees have had to raise prices, cut staff, or close shop. After New York City passed a two dollar minimum wage increase at the end of 2016, several restaurants closed their doors or raised prices.

There is an even bigger problem in drastically raising salaries of low or no skilled workers.  What happens to the millions of people who worked their way up from minimum wage to fifteen dollars an hour?  They remain at that salary as lesser skilled workers now make the same money they do.  To keep your employees happy, you would need to raise everyone’s salary beyond their actual worth.  It becomes a major problem when your bookkeeper makes the same amount as your janitor. 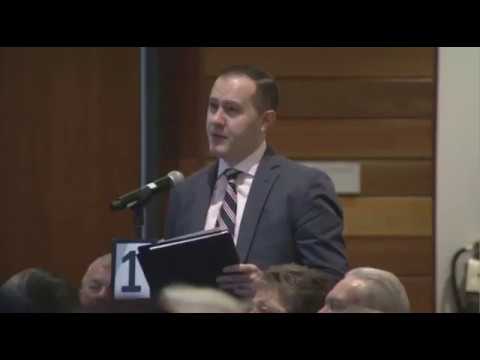