On Tuesday, news broke that ABC canceled the “Roseanne” reboot over an “abhorrent, repugnant” tweet issued by Roseanne Barr aimed at Valerie Jarrett.

She apologized for the tweet, but it apparently wasn’t enough.

She also asked fans not to defend her actions:

“Roseanne’s Twitter statement is abhorrent, repugnant and inconsistent with our values, and we have decided to cancel her show,” Channing Dungey, president of ABC Entertainment, said in a statement.

Variety also reported that her talent agency dropped her as a client over the tweet:

“We are all greatly distressed by the disgraceful and unacceptable tweet from Roseanne Barr this morning,” ICM Partners said in a statement Tuesday. “What she wrote is antithetical to our core values, both as individuals and as an agency. Consequently, we have notified her that we will not represent her. Effective immediately, Roseanne Barr is no longer a client.”

Barr signed with ICM last August, just as the reboot of “Roseanne” went into production. Barr has long been known to hold out out-there views on politics and aspects of American culture. The actress has also been a vocal supporter of President Donald Trump, a character trait that was also given to her sitcom alter-ego, Roseanne Connor.

But the tweet the Barr sent Tuesday morning — which she subsequently deleted and apologized for — crossed the line for ABC from politics to a purely offensive and racially charged insult. Barr slammed former Obama administration advisor Valerie Jarrett, who is African-American, by saying she was akin to a union of the Muslim Brotherhood and “Planet of the Apes.” The nature of the comment and the steamrolling criticism via social media left ABC with little choice but to part ways with the volatile star.

Many, however, see a huge double standard.

Twitchy, for example, asked, “why did Keith Olbermann just get an expanded role at ESPN? Both ESPN and ABC fall under Disney’s umbrella, but Olbermann gets a plum job and Roseanne loses hers?”

“Is Disney going to pretend Olbermann never called Omarosa ‘Trump’s pet’? Or that he didn’t refer to Michelle Malkin as ‘a big mashed-up piece of meat with lipstick on it’? Olbermann has a years-long record of being a flaming a**hole both on and off Twitter, but Disney’s not offended by his misogynistic piggery?” Twitchy added.

Others noted the double standard as well:

The last thing ABC stands for is supporting someone who tweets awful things… Now over to Keith Olbermann with sports… pic.twitter.com/bEXprawPtJ

Her comments are unacceptable, but to cancel the show. The view and @JoyVBehar offends people every single day and ABC loves them. Roseanne apologized immediately, took Behar a month until she was forced to apologize to Pence. Such a double standard. #BoycottABC

And before I get ratio'd, I'm not defending Roseanne, but this double standard is dumb.

I am not defending Roseanne here, what she said was wrong and indefensible.

I am simply pointing out the double standard in the media.

Therein lies the problem.  If ABC is going to get rid of Roseanne for offensive tweets, then they should apply the standard to others who also engage in offensive speech. 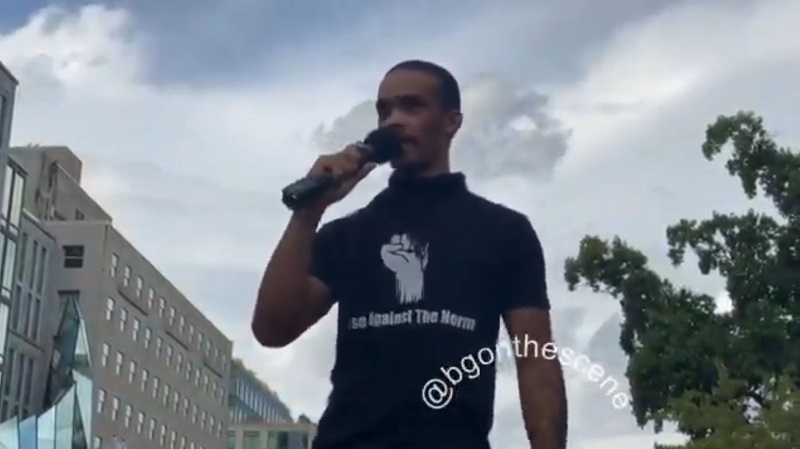