While appearing on ABC’s “This Week,” GOP presidential candidate Donald Trump said he would bring back “enhanced interrogation,” meaning waterboarding.

“I think waterboarding is peanuts compared to what they’re doing us,” he said.

“We have to be strong. They don’t use waterboarding, they used chopping off peoples heads. They use drowning people. I don’t know if you have seen with the cages, where they put people in cages  and they drown them in the ocean and they lift out the cage, and we are taking about waterboarding … I would bring it back, yes, I would bring it back. I think waterboarding is peanuts compared to what they’re doing us. What they did to James Foley, when they chopped off his head. That’s a whole different level. I would absolutely bring back interrogation and strong interrogation.”

He also said he would be supportive of a database to keep track of refugees, something that has caused liberal heads to explode everywhere.

“I want a database for the refugees that if they come into the country. We have no idea who these people are when the Syrian refugees start pouring into this country. We don’t know if it’s ISIS. I definitely want a database and other checks and balances,” he said.  “We have no idea who’s being sent in here. It could be the great Trojan Horse of all time. when they come in. When I look at the migration and the lines and I see all strong, very powerful looking men, they’re men, very few women and children, There’s something strange going on.”

Naturally, the left is going to slice and dice Trump’s comments to fit a narrative that doesn’t exist, the way they did last week. 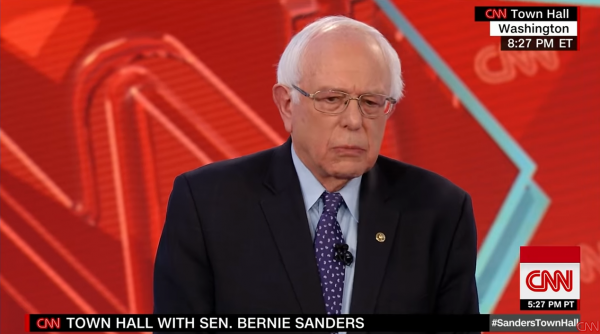